Troops of the Security Force HQ-Central on an emergency directive given by Major General Keerthi Costa, Commander, Security Forces-Central this afternoon (23) hurried to the heart of Bandarawela town and assisted to douse a fire that erupted inside an upstair restaurant, together with officials of the Fire Brigade at Bandarawela.

Army troops with others after hard efforts brought the fire under control but the restaurant had suffered severe damages as almost all furniture and other accessories had been reduced to ashes. 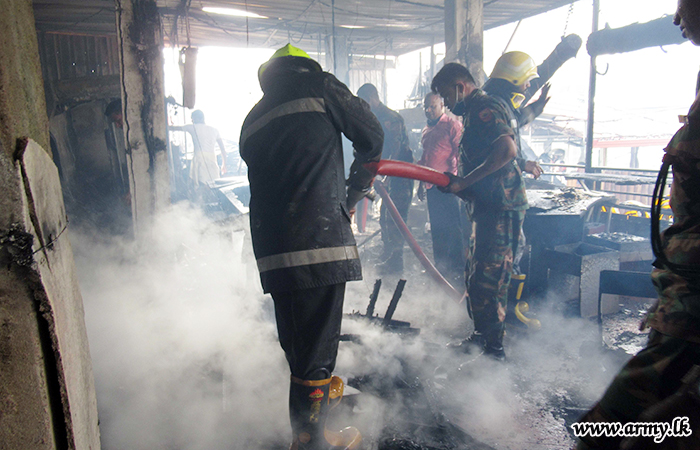 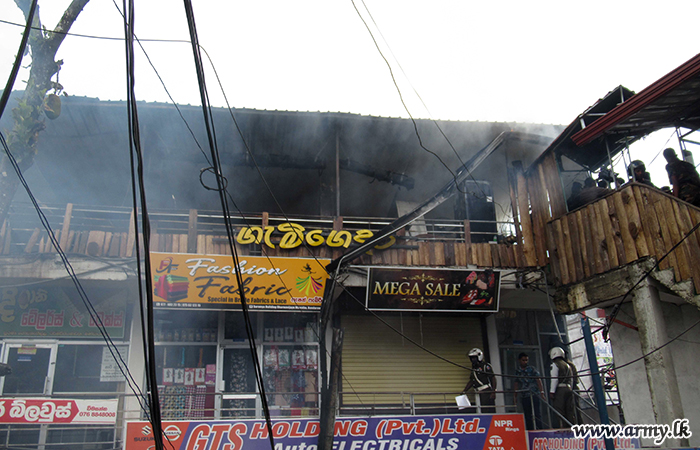 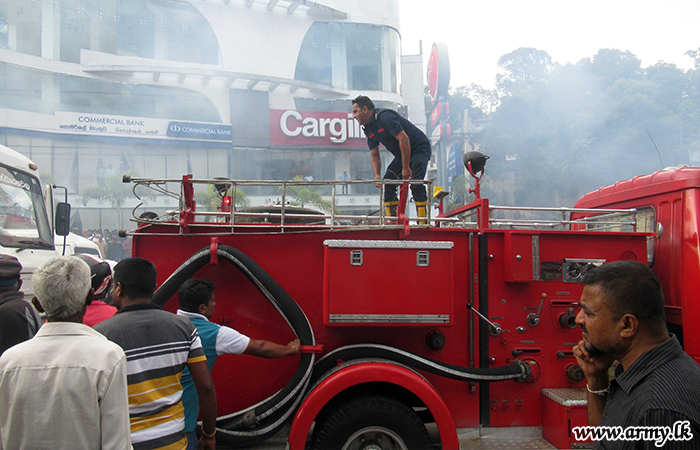 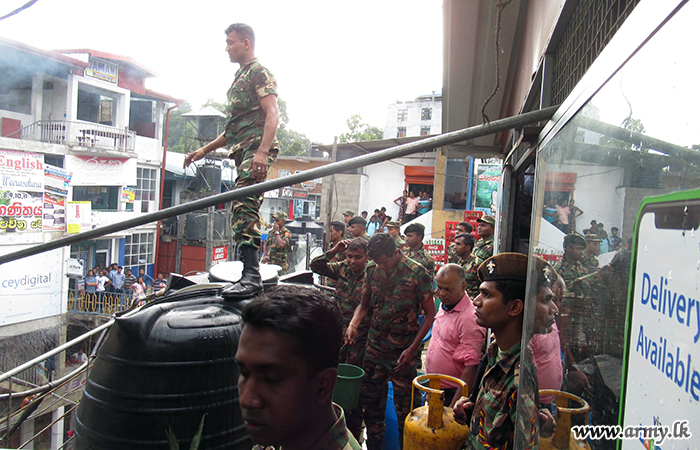 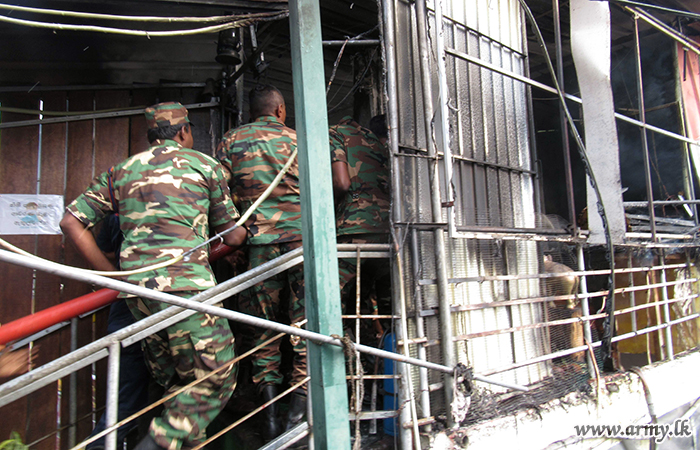 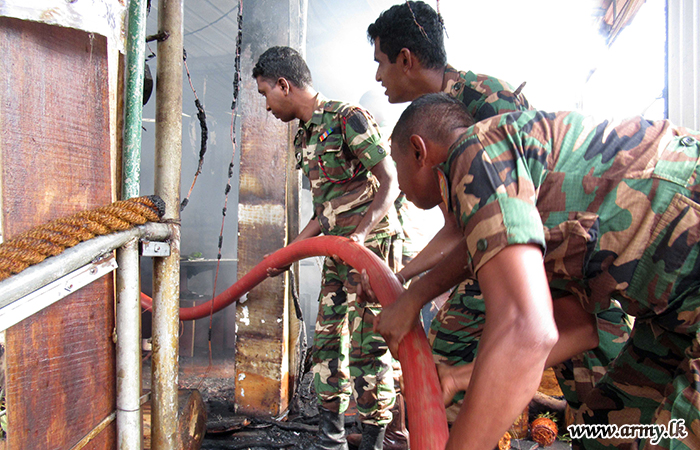 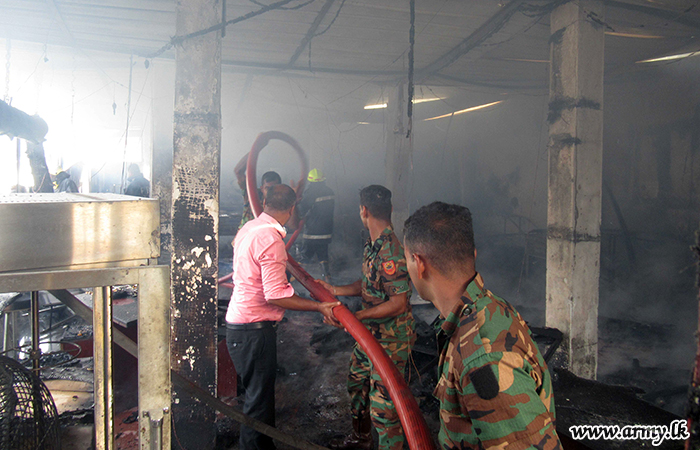 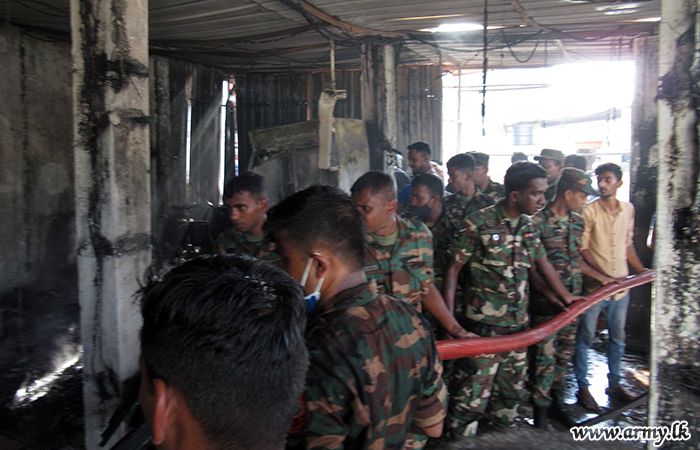