Central Province Governor & Councillors on Tour in the North

Security Force Headquarters - Mullaittivu (SFHQ-MLT) at the request of the Mullaittivu District Secretariat facilitated a tour of Ms Niluka Ekanayake, Governor for Central Province, together with a team of Central Province Provincial Councillors, state officials and about 30 journalists to the north of the country during October 22 - 24.

The group, organized under the theme, ‘Social Reconciliation from South to North’, were to meet different ethnic communities during their stay in Trincomalee, Mullaittivu and Jaffna and share views with one another with the intention of promoting goodwill and understanding.

When the group arrived at Mullaittivu Wadduwakal Vidyalaya on Sunday (23), Major General N.D Wanniarachchi, General Officer Commanding, 59 Division on behalf of the Mullaittivu Commander welcomed them in the company of Ms M. Malwarasa, Directress, Planning at Mullaittivu District Secretariat before a cordial interactive meeting that exchanged views started between the visitors and the civilians in the area. Both groups indentified relevant issues, faced by different communities during the discussions.

Before their exit from Mullaittivu, the visiting group, together with Major General W.B.P Fernando, Commander, Security Forces - Mullaittivu enjoyed lunch at the 14 Vijayabahu Infantry Regiment camp in the area. 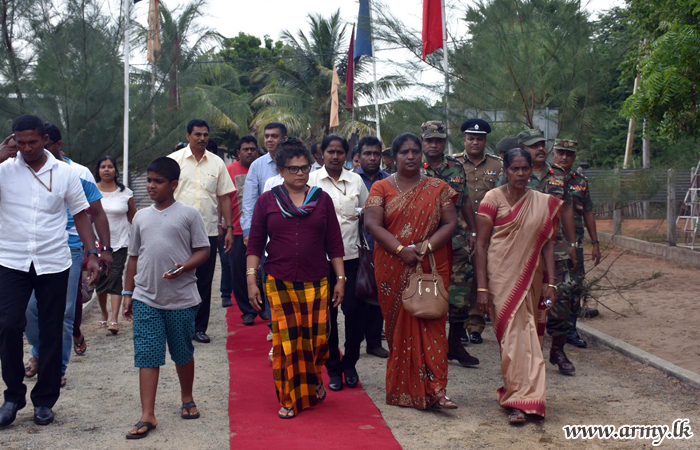 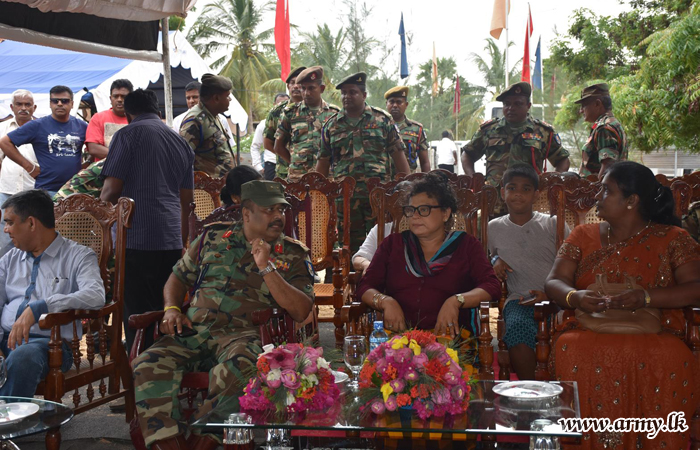 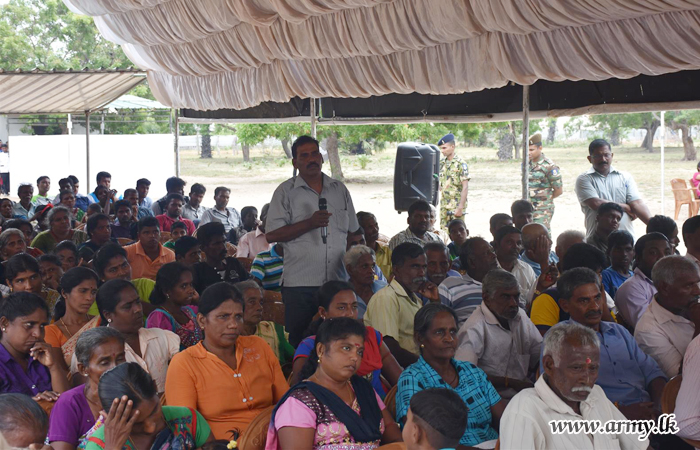 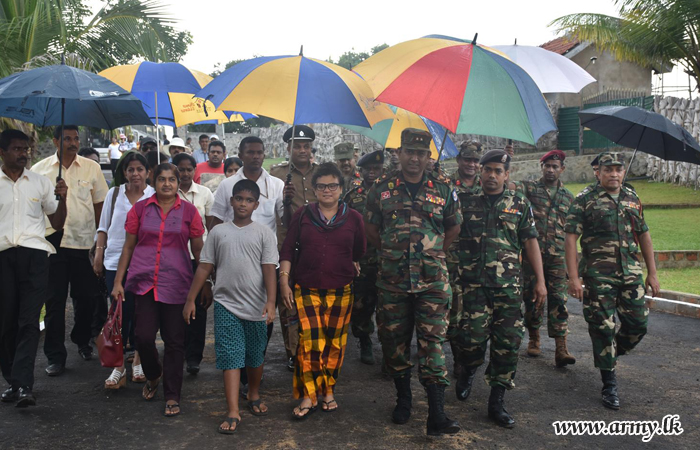