Major General Rasika Fernando, Director General General Staff at the OCDS received the visiting Commander at the entrance to the office, together with a few Navy and Air Force Senior Officers at the OCDS.

This courtesy call was the new Army Chief's first official meeting with the Chief of Defence Staff after he assumed duties as the 23rd Commander of the Sri Lanka Army.

During the cordial meeting, Admiral Wijegunaratne conveyed his best wishes to the new Commander of the Army and discussed matters of security importance to the country. Mementoes were also exchanged signifying the memorable occasion at the end of the courtesy meeting.

Before his exit, the Commander left his compliments in the OCDS Visitors’ Book. 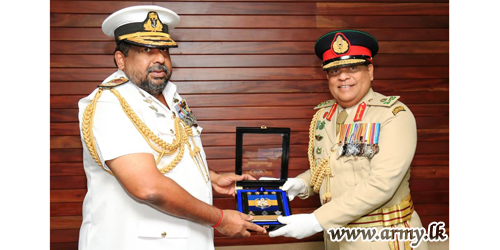 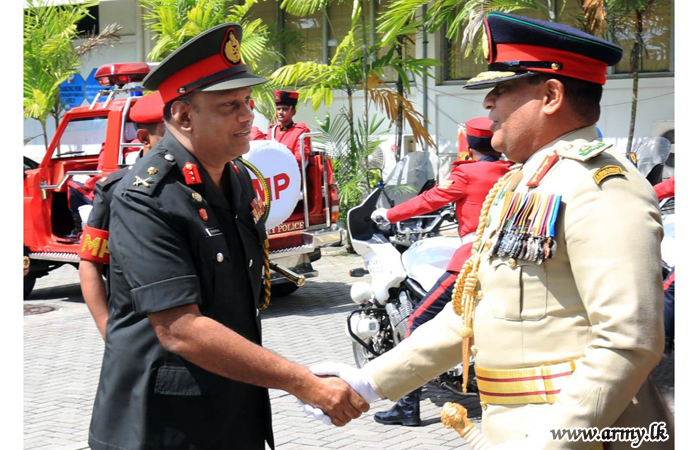 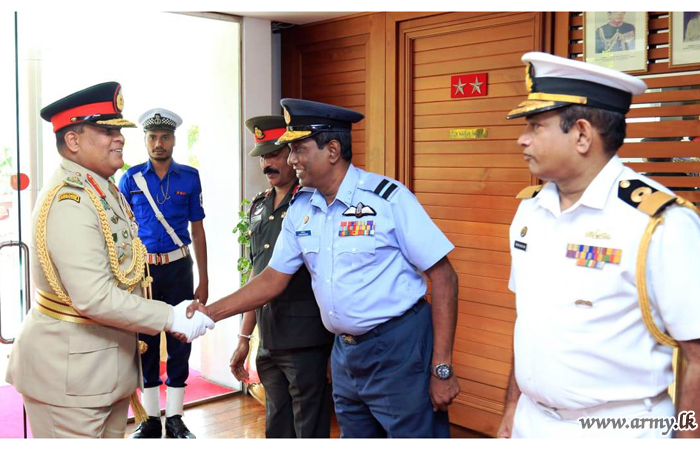 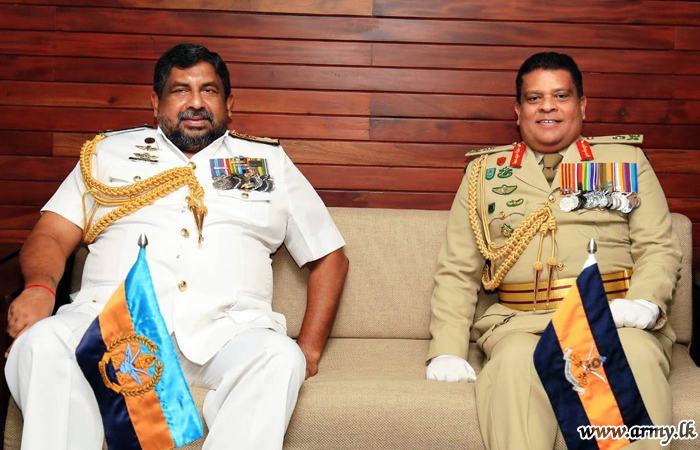 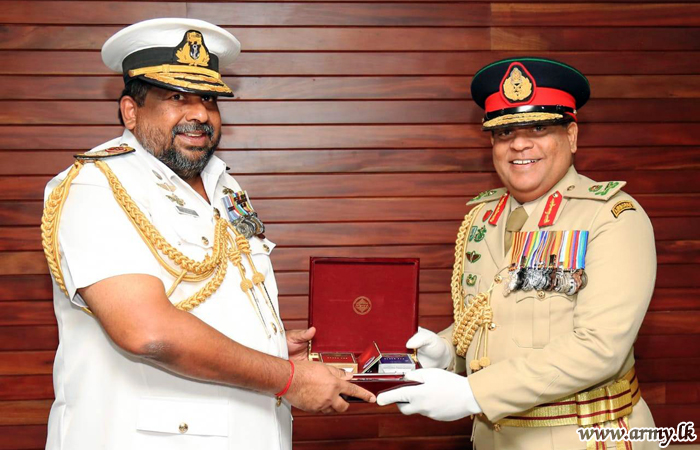 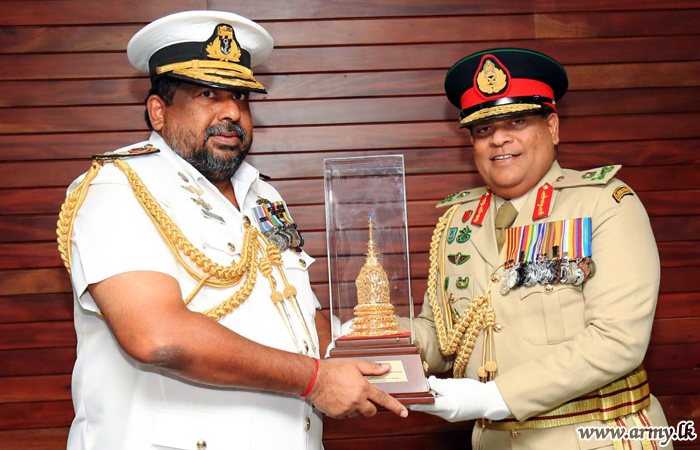 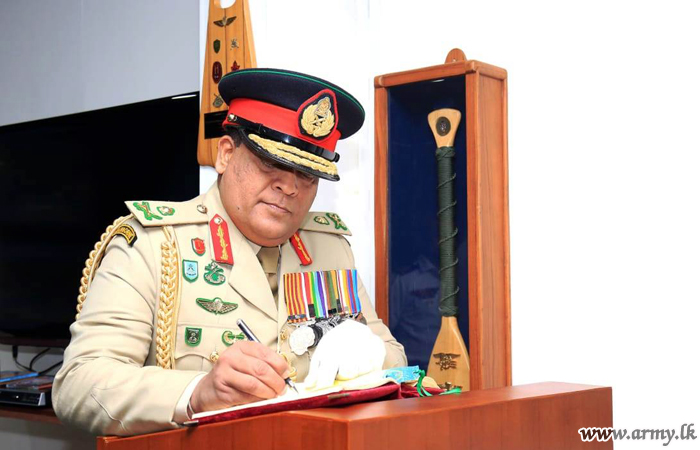