HE Shelley Whiting, High Commissioner of Canada in Sri Lanka Thursday (19) afternoon arrived at the Army Headquarters (AHQ) to pay a courtesy call on the Commander of the Army, Lieutenant General Crishanthe De Silva.

Ms Shelley Whiting, accompanied by Colonel Mark Dussault, High Commissioner’s Defence Attaché was warmly received by the Commander before the formal but cordial meeting between both of them got underway at the Commander’s office.

During the Commander’s brief interaction with the visiting envoy, he explained the status quo in relation to the security situation in the North and East as well as the humanitarian roles and other tasks, being performed by the Army for the greater benefit of the deserving masses.

The envoy extended her best wishes on the Army and its future endeavours as the talks were drawing to a close. The meeting culminated with exchange of mementos before the envoy took leave of the Commander. 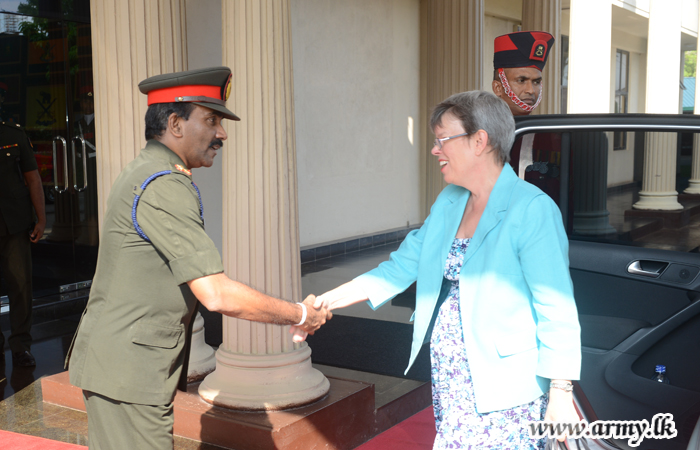 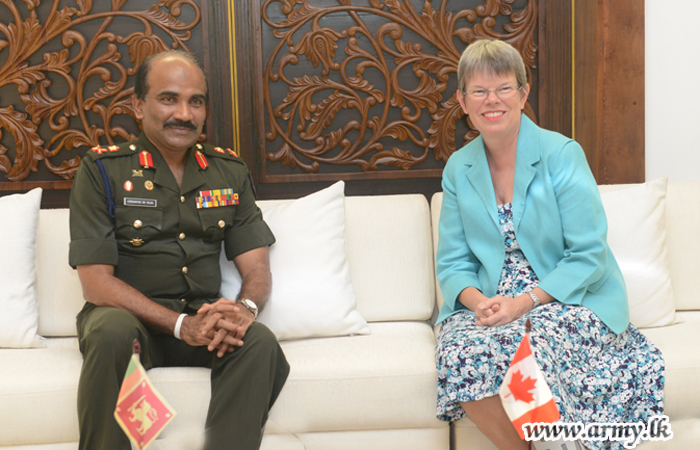 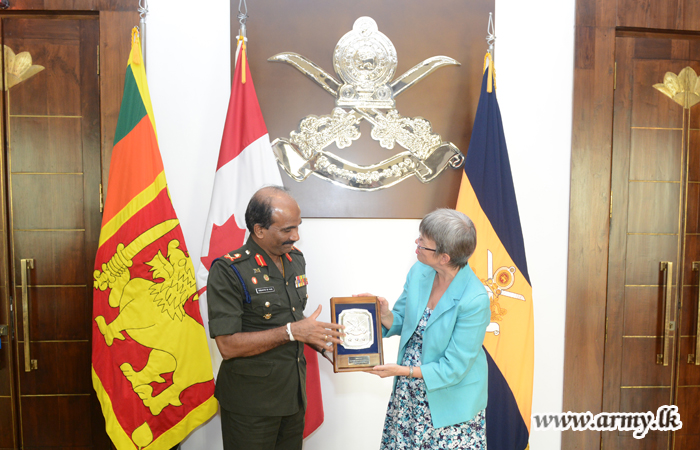 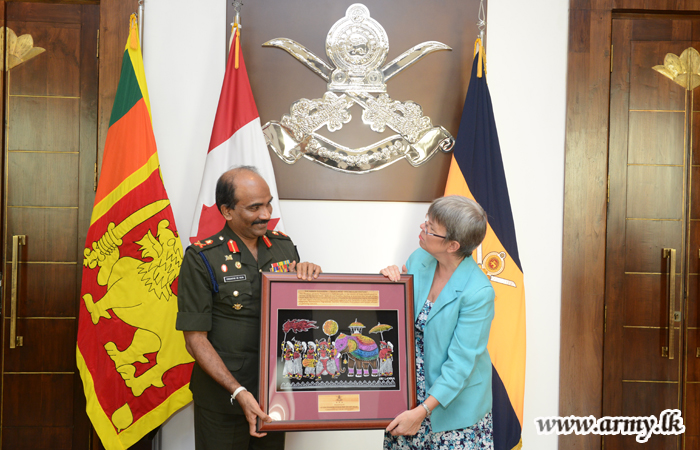 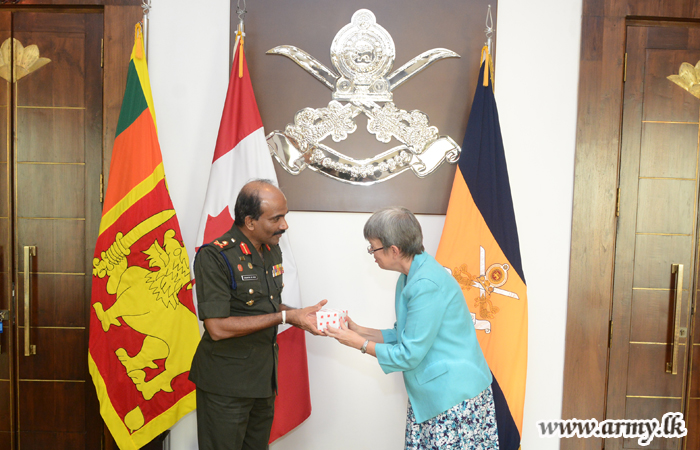 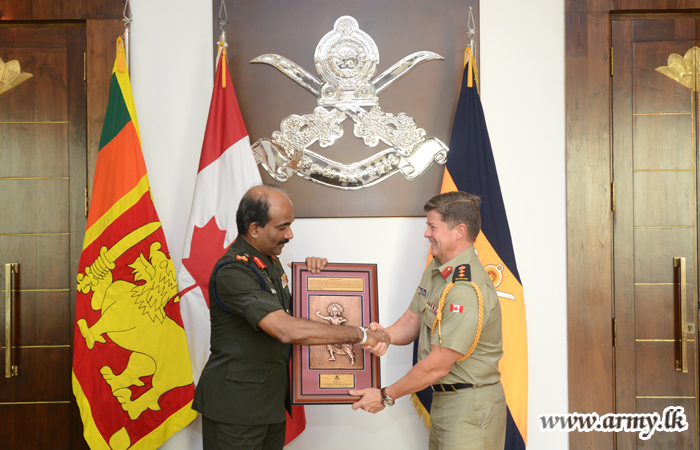 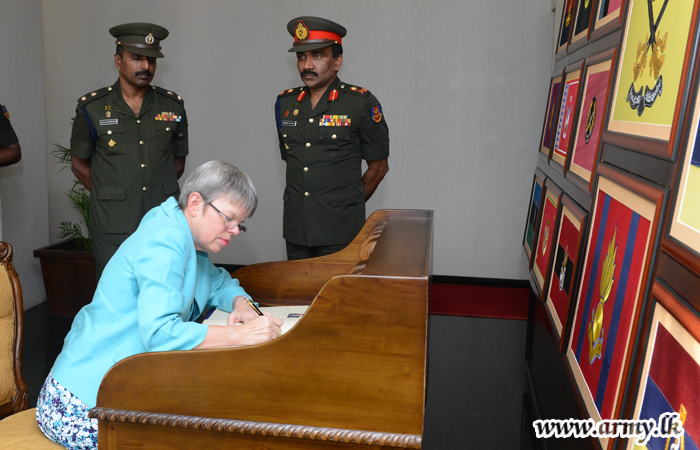