During an official tour to the peninsula, HE David Mckinnon, High Commissioner of Canada in Sri Lanka, together with Mr. Daniel Bood, Political and Economic Counsellor of the Canadian High Commission in Colombo and Mr. P Goobinath, the political officer called at the Security Force Headquarters - Jaffna (SFHQ-J) and met Major General Jagath Kodithuwakku on Wednesday (13).

A brief discussion that followed at the SFHQ-J between the duo touched on general matters of relevance to the responsibilities and roles of the military in the post-conflict era and efforts, being launched to improve notions of reconciliation and ethnic harmony with special focus on community-related projects. Both parties also discussed the progress hitherto made in the release of private lands, belonging to civilians, community welfare projects and other gestures of development and reconciliation.

Towards the end of the meeting, Major General Jagath Kodithuwakku presented a memento to the Canadian High Commissioner as a token of goodwill before his exit. 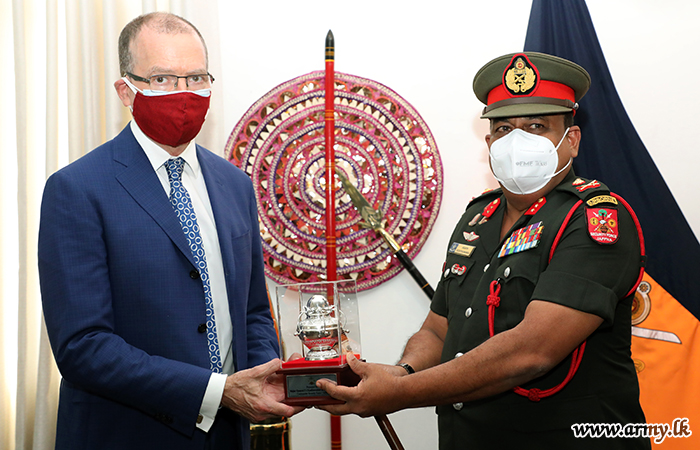 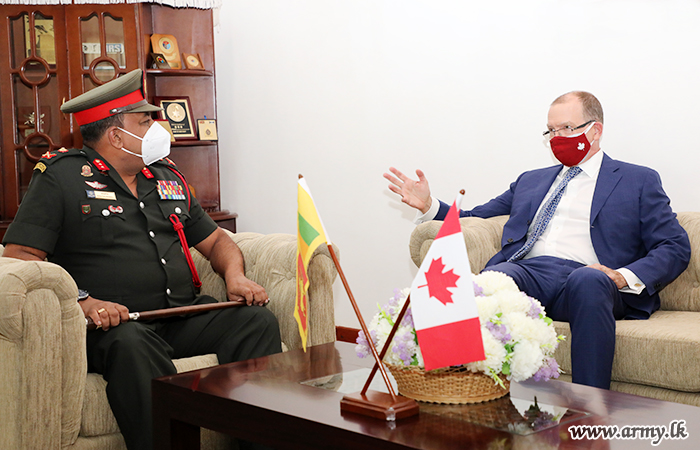 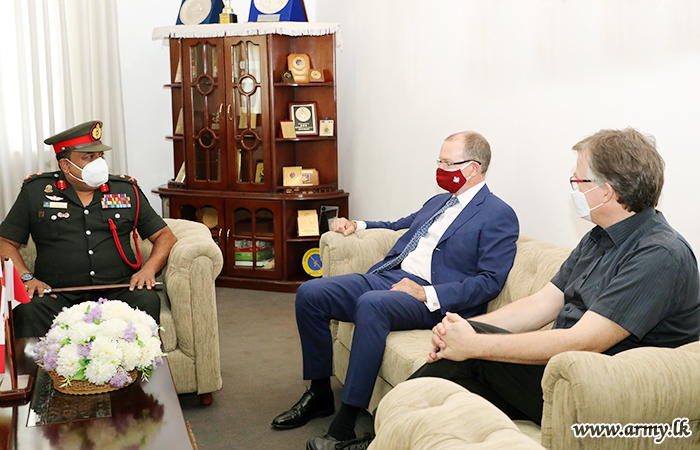 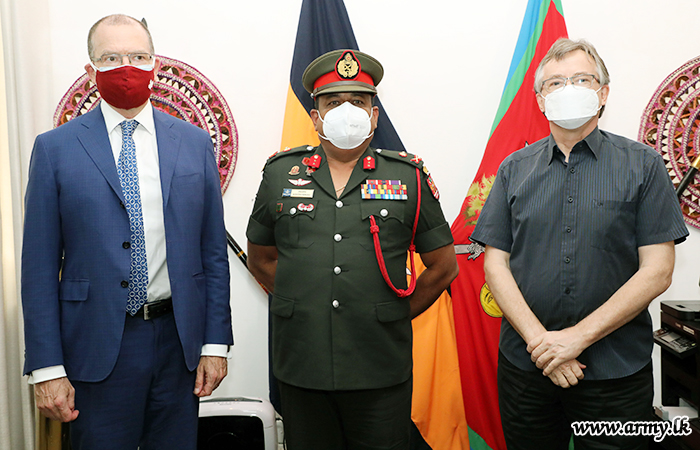