The Officer Career Development Centre (OCDC) at Buttala, the prestigious seat of academia that grooms and enhances military professionalism among Junior and Middle Grade Officers this morning (15) extended a red carpet welcome to Lieutenant General Shavendra Silva, Chief of Defence Staff and Commander of the Army, who was making his first formal visit to the venue after he was appointed the Commander of the Army last year.

A drive-past Guard Turn Out in accordance with military traditions saluted the day's distinguished Chief Guest at the main entrance to the OCDC before he was warmly welcomed by Major General Jayanath Jayaweera, Commandant, OCDC. The day assumed greater significance as the visiting Chief of Defence Staff and Commander of the Army was invited to inaugurate the Student Officers' Unit Command Course- 7 and the Junior Command Course-19 for the year 2020 by delivering the keynote address at the occasion where he underlined the importance of learning for the enhancement of professionalism of Officers and maintaining of the highest standards of efficiency and discipline. He also reminded the gathering of the present day's unavoidable need for broadening of horizons in the field of non-combat operations, religious, social and cultural contexts, in addition to strategic learning about future combat operations since the global military warfare tactics are also fast changing and turning diverse in nature and approaches. Major General Jayanath Jayaweera, OCDC Commandant extending a warm welcome to the day's Chief Guest invited him to have the floor at the inauguration of those new Courses and address Student Officers.

Soon after the day's Chief Guest's enlightening address was over, the OCDC Commandant in another impressive, gesture presented the maiden copy of the transcript of the 'Seminar 2/2019' proceedings in December 2019 which dwelt on the topic ‘Countering Violent Extremism; Contemporary Trends and Challenges’ to the day’s Chief Guest. That landmark Seminar 2/2019 attended by renowned scholars while exploring possibilities of containing emergence of extremism touched widely on the formulation of new security strategies and related concerns, both at local and overseas levels as the world is witnessing extremist trends of different nature.

Next, the day's Chief Guest was ushered to open the eye-catching and informative model Defence Services Wing which provides services as a syndicate room for the Unit Command Course where all course contents and other related study materials are found, and the most recent literature on COVID-19 pandemic, its transmission, country status, preventive mechanism of the troops, quarantine process, dedication of health sector experts and workers, appointment of the Presidential Task Force to contain it, establishment of the National Operation Centre for Prevention of COVID-19 Outbreak (NOCPCO), headed by Lieutenant General Shavendra Silva, success story behind its near eradication, future strategies, health practices, etc, which was set up on a conceptual direction of the OCDC Commandant. Inside it, a cordial discussion on the status quo of the COVID-19 in the country ensued where the visiting Commander of the Army as Head of the NOCPCO too contributed. Major General Jayanath Jayaweera, Commandant, appreciative of the Commander's participation in the day's proceedings and the dignity he added to the occasion, awarded special mementos to the day's distinguished guest and the gesture was reciprocated. As the first session drew to a close, all attendees with the day's Chief Guest by posing for a group photo added memories to the occasion.

The opening of the newly-constructed two-storied accommodation building for Student Officers afterwards, a long-felt need in the OCDC premises took place, amid 'Pirith' chanting of members of the Maha Sangha. The day's Chief Guest cut a ribbon and unveiled a plaque to that effect and had a close look inside after he walked in with the Commandant and Senior Officers.

Next stop for the Commander was the newly-erected ‘Open Air Wing’ in the Officers’ Mess building. The visiting Chief of Defence Staff and Commander of the Army left indelible memories to the day by opening that wing too at the same occasion since it was Lieutenant General Shavendra Silva's first visit to the OCDC as the Chief of Defence Staff and Commander of the Army. An interaction at the Officers’ Mess soon after opening of new structural additions provided the opportunity for OCDC Officers to share a few thoughts on the Commander's past military experiences and the current situation as the day's Chief Guest freely mingled with them. A lunch treat, arranged at the Officers’ Mess and signing of the OCDC Visitors' Book brought the day's proceedings to culmination.

The OCDC, affiliated to the University of Sabaragamuwa founded on January 23, 2012 is one of the Army’s most central academic seats and trains middle-grade Officers for different administrative roles infusing various spheres of academia and functions in keeping with the vision of the Commander of the Army. The OCDC makes every effort to develop highly skilled, confident and well-motivated Army officers to the Sri Lanka Army by training them for combat and non-combat future operational requirements to suit strategic concepts of the Commander of the Army. 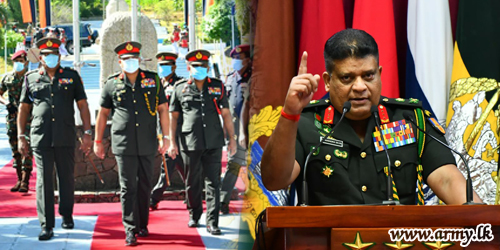 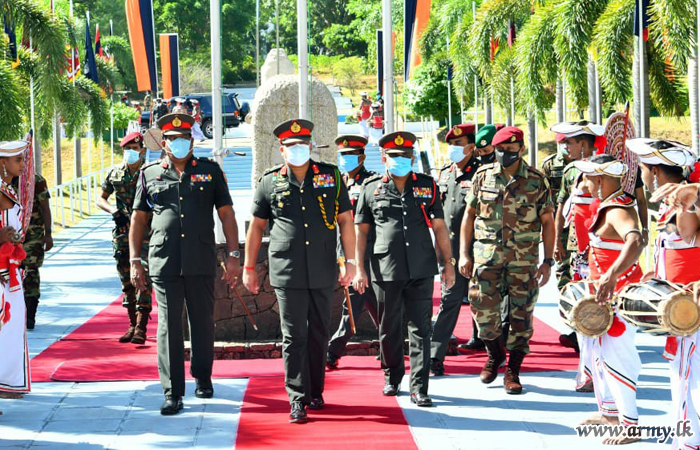 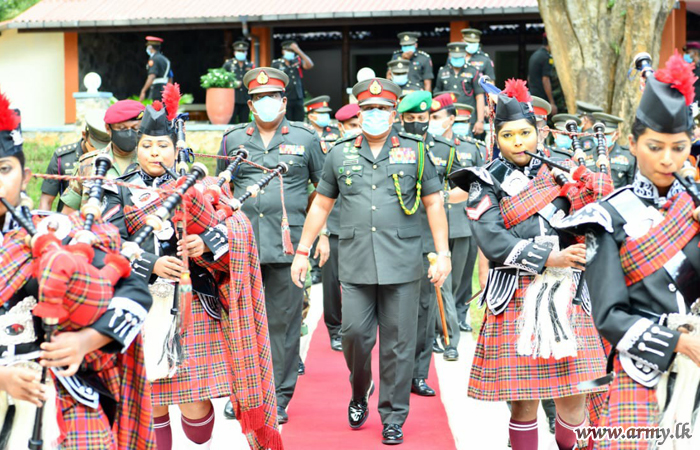 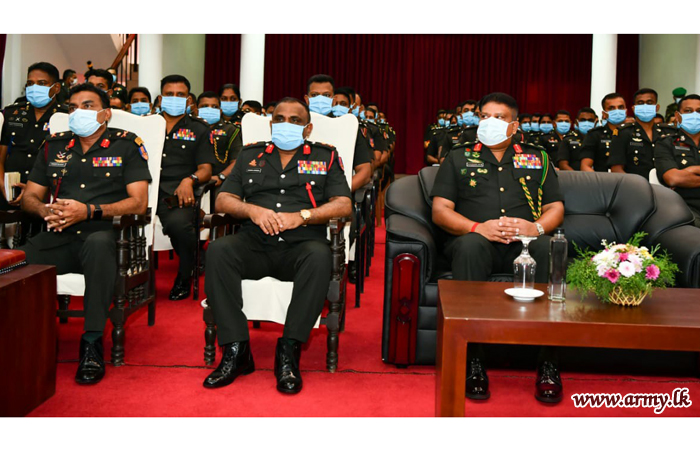 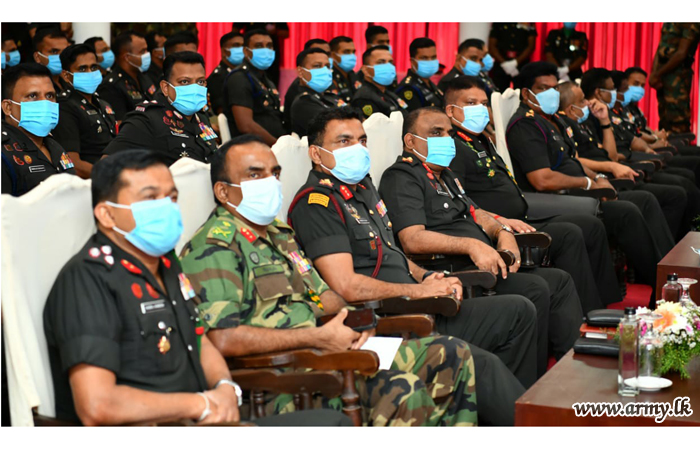 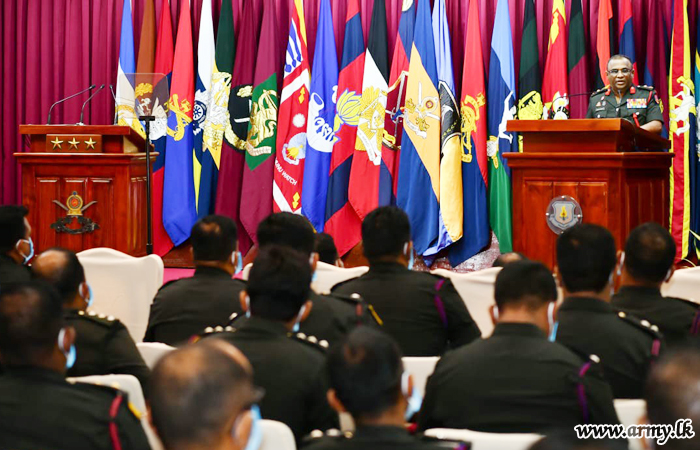 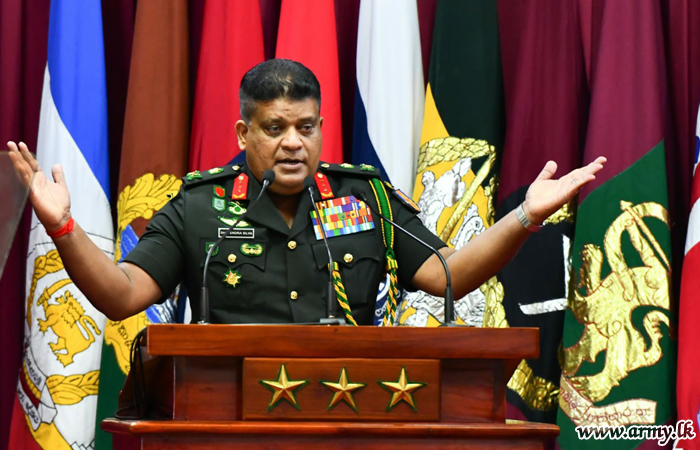 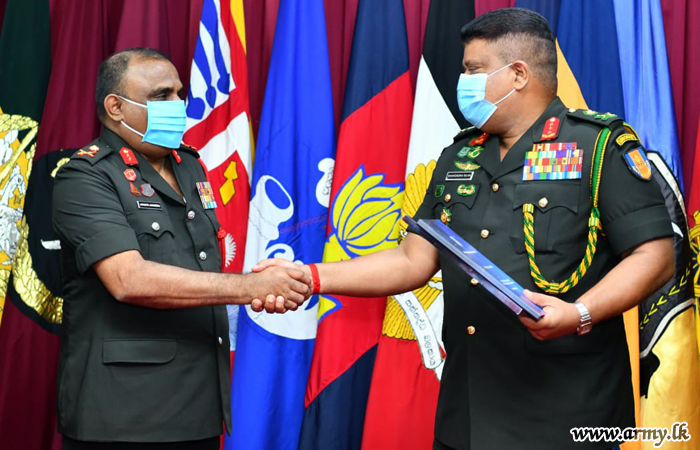 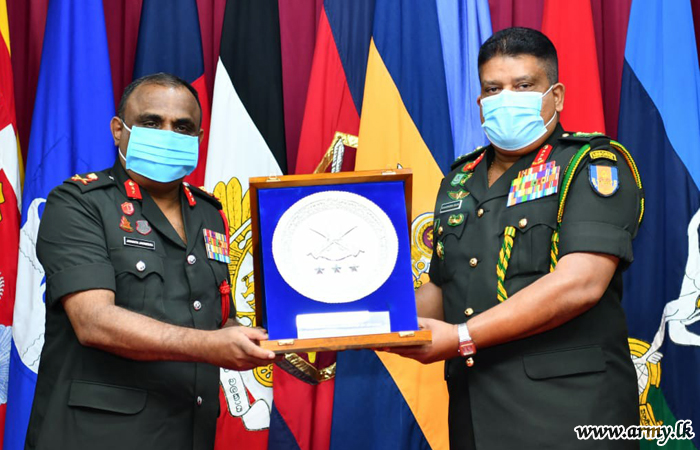 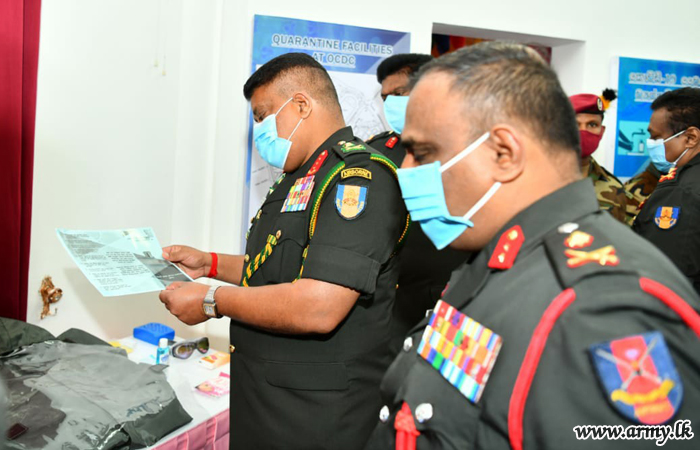 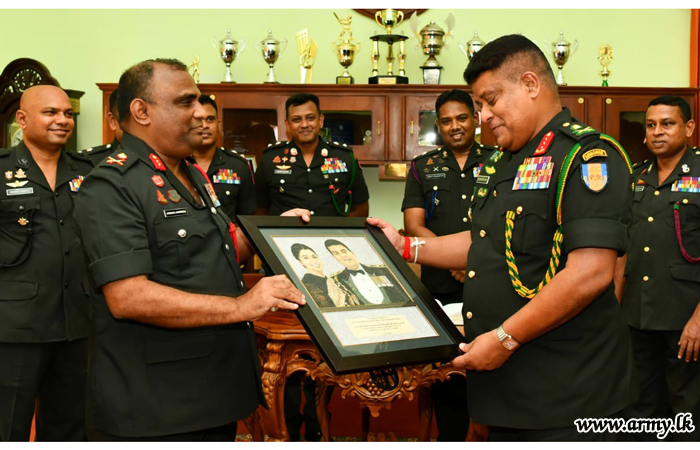