Installation of 28 Buddha Statutes at Sri Thissapura Rajamaha Viharaya and conduct of a medical clinic for under-privileged families in Sripura, Track 10 area in Galkulama took place recently with the coordination of the 62 Division, 622 Brigade and 9 Gajaba Regiment troops (20) under the SFHQ-Wanni.

The events were arranged and conducted under the patronage of Mrs Anoma Kumburugamuwa, Directoress, Sri Lanka Board of Investments and members of her family with the coordination of the officers and soldiers of the 62 Division, 622 Brigade and 9 Gajaba Regiment with the motive of transferring merits on Major Palitha Gunarathne Maheepala who was killed in action on 13 September 1990 while serving in Sinnawatta, Ampara under the 6 Sri Lanka Light Infantry (SLLI) Regiment.

Those new 28 Buddha Statues were installed at Sri Thissapura Rajamaha Viharaya premises with the support of the troops.

The medical campaign in the same location was conducted under the patronage of Mrs Anoma Kumburugamuwa, and members of her family on the same day. The medical consultations covered kidney diseases, Diabetes, Ear, Nose and Throat (ENT) and ‘Suvanari’ practices.

Approximately 570 civilians in the area were benefited from these arrangements. Apart from medical facilities, 35 students in the area received school accessories at the same place. 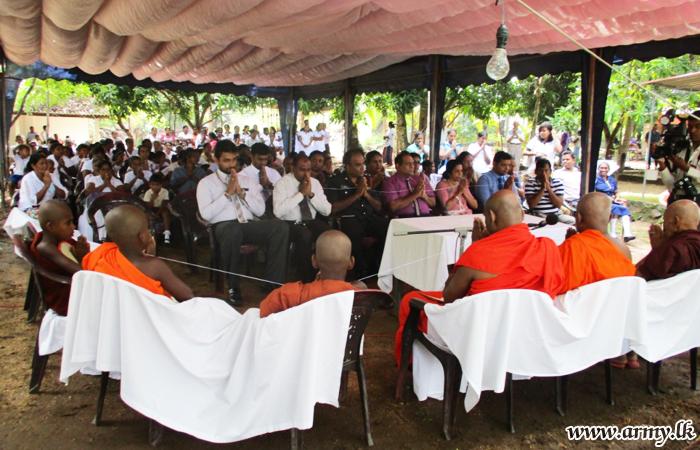 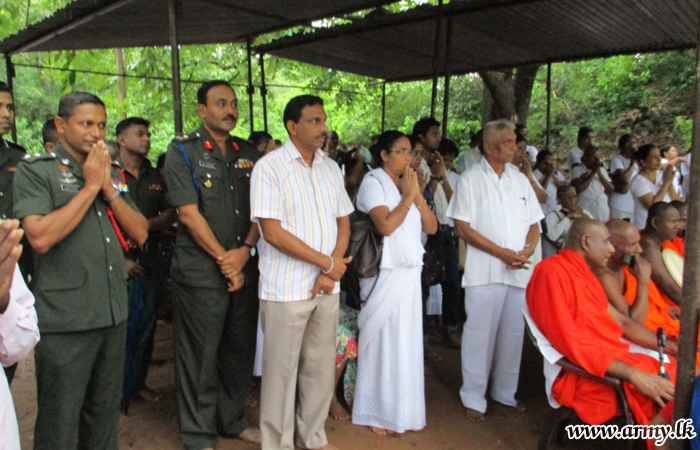 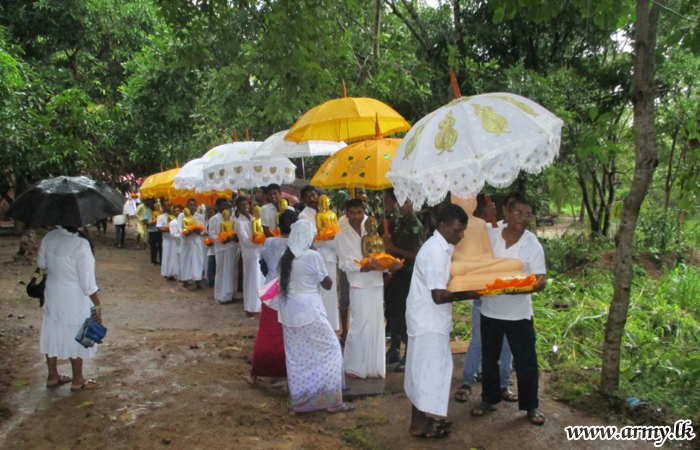 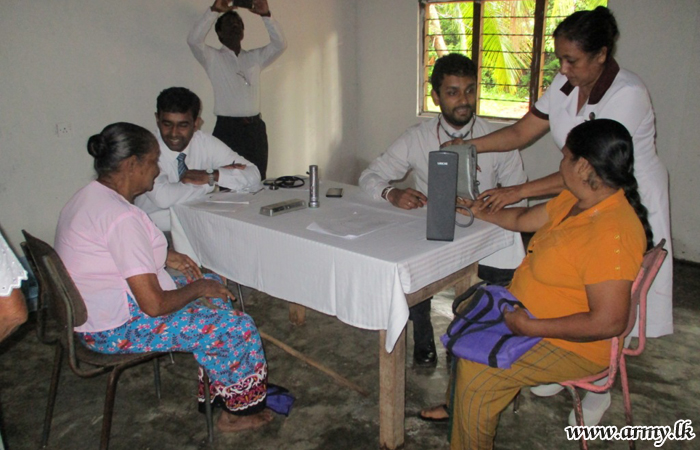 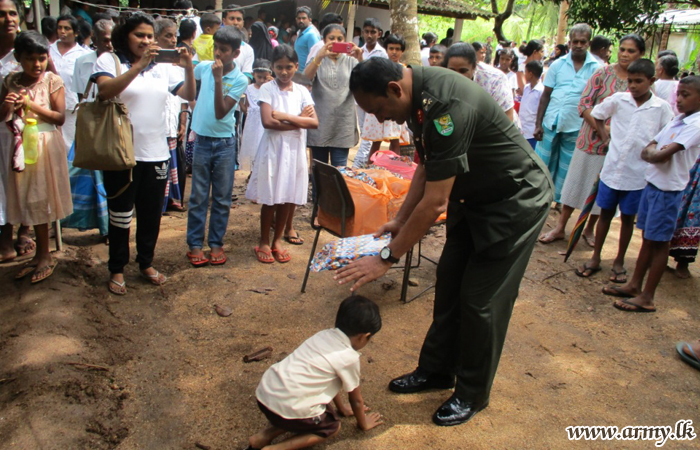 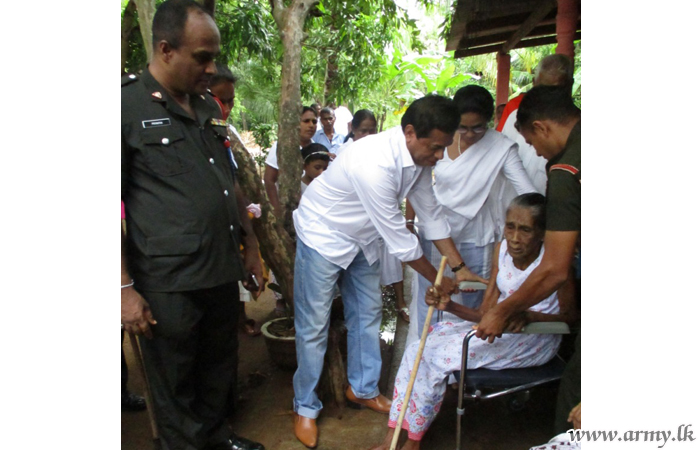