High Commissioner for Australia, HE Mr Bryce Hutchesson, together with the Defence Attaché  in the Australian High Commission Wednesday (23) evening paid a courtesy call on Commander of the Army Lieutenant General Crishanthe De Silva at the Army Headquarters.

He was received by the Commander of the Army, together with the Military Assistant on arrival at the main entrance to the Commander’s Secretariat.

Mr Hutchesson exchanged views on a couple of matters of interest and inquired into the ongoing Army welfare projects, targeting civilians in the North and East.

Lieutenant General De Silva gave a brief account on the social service projects, being carried out by the Army at the request of District Secretariats and other civil organizations in the North and East. Before his departure, a symbolic compliment was inked in the VIP Book at the Commander’s Office.

The cordial meet ended with exchange of mementos. 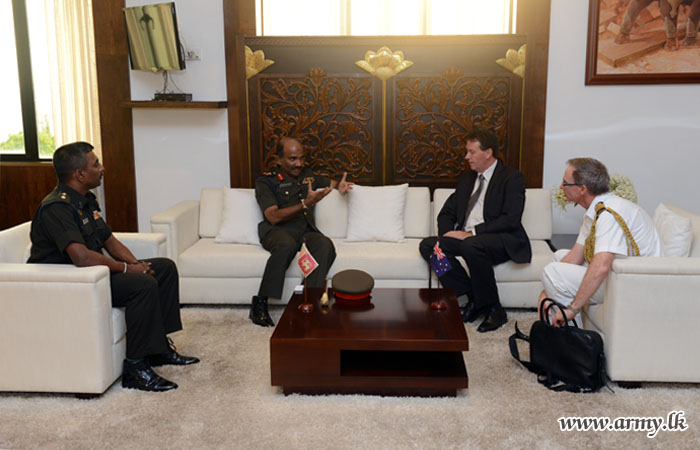 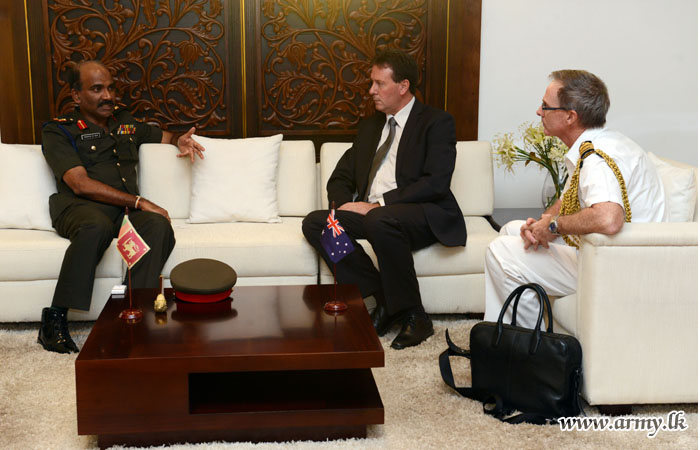 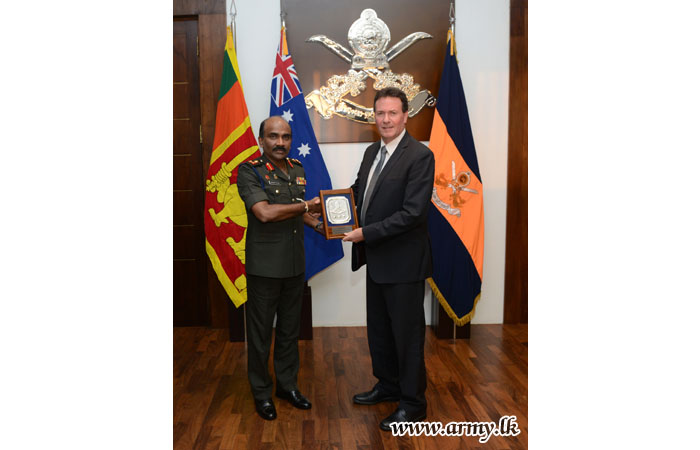 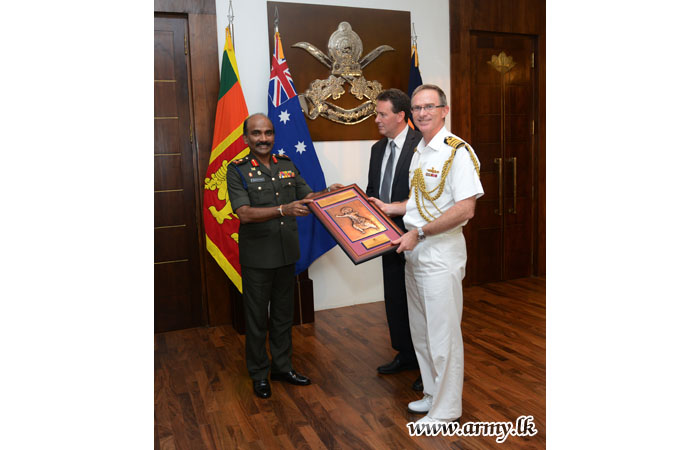 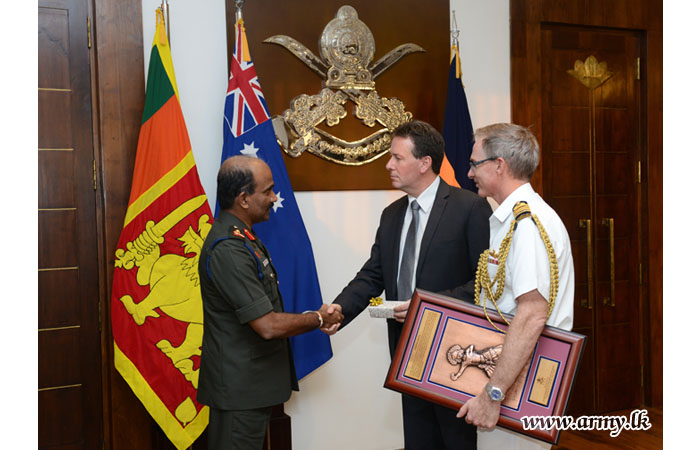 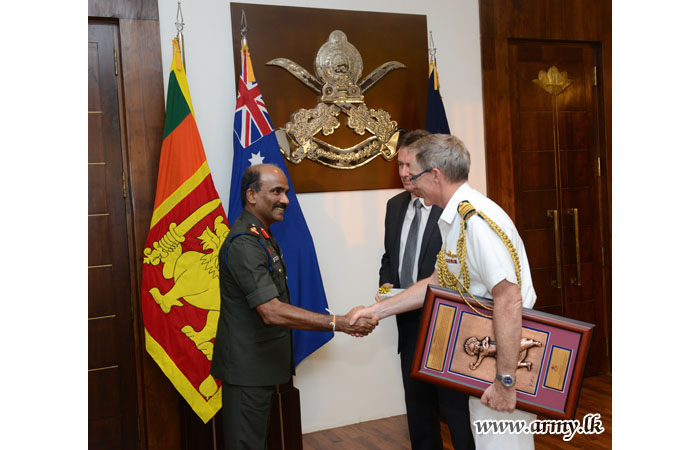 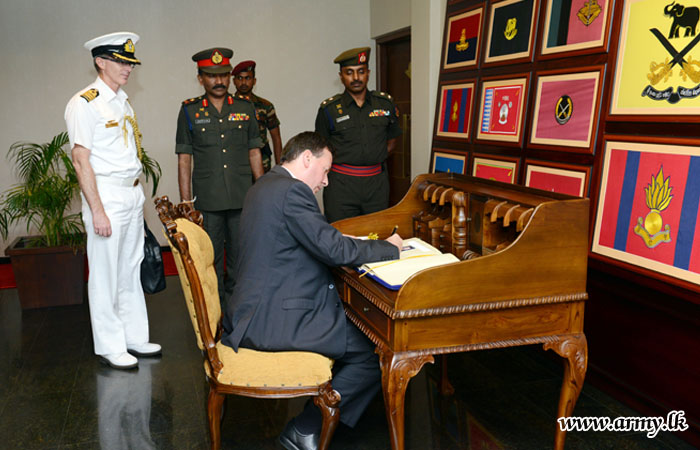 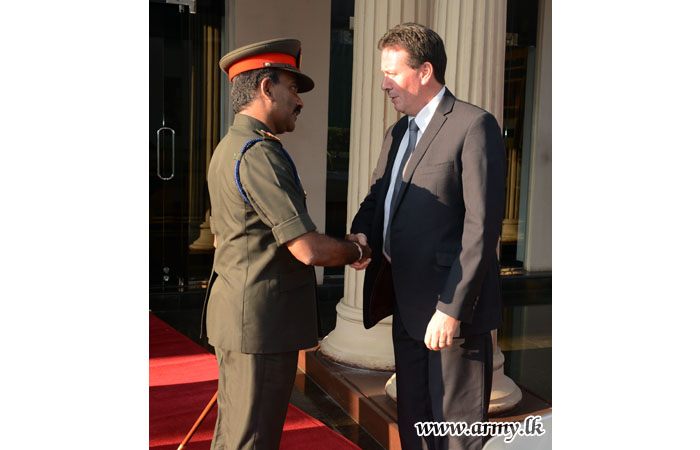