Deputy High Commissioner for Australia Mr. Matthew Hyndes on Tuesday (10) morning had a cordial audience with the Commander of the Army, Lieutenant General Sarath Fonseka, at the latter's office at Army Headquarters.

Mr Hyndes exchanged views with the Commander on a wide range of issues of concern to him and praised the constraints experienced by the troops. To signify his visit to the Commander's office, Lieutenant General Sarath Fonseka presented a memento to the visiting delegate. 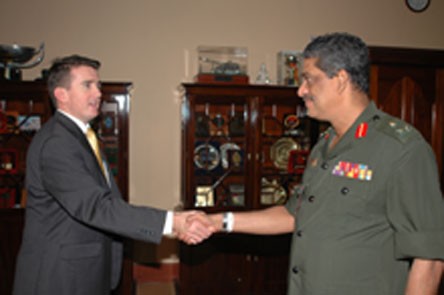 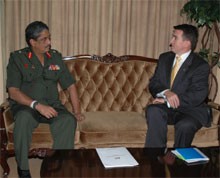 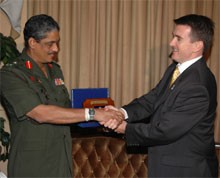