The Sri Lanka Artillery Regiment (SLA), one of the most prestigious and admired regiments in the Army on Thursday (22) commemorated its 133th anniversary (Regimental Day) with a series of events at its SLA Regimental Headquarters in Panagoda.

General Shavendra Silva, Chief of Defence Staff and Commander of the Army added dignity and significance to the occasion as the Chief Guest during the peak of commemorative ceremonies at the invitation of the SLA Colonel Commandant and Commandant of SLAVF, Major General Sampath Kotuwegoda.

The day’s ceremony of the ‘Gunners’ included a special tribute to the memory of fallen War Heroes, floral-wreath laying at the SLA monument by both the Chief Guest and the Officers and Other Ranks of the SLA, recital of the National Anthem and the Regimental Song, religious observances of all denominations, a Guard Turn Out and a salute to the Chief Guest, one-minute silence in honour of fallen War Heroes, etc.

The SLA Colonel Commandant and Commandant of the SLAF, Major General Sampath Kotuwegoda welcomed the Chief Guest on arrival at the parade ground to receive military honours, accorded by SLA soldiers serving the Regimental Centre.

The Army Chief also did not forget to share a couple thoughts and best wishes with SLA retired veterans who were associated with the day's tribute. General Shavendra Silva, Chief of Defence Staff and Commander of the Army, seconds after wreath-laying closely went through the names inscribed on the monument and refreshed his memories, sharing a couple of thoughts with accompanying SLA Colonel Commandant and other senior officers.

The colourful spectacle and elegant parades, wreath-laying, gun salute and other features added dignity and grandeur to the day's event, attended by a representative gathering of SLA family members, adhering to strict health guidelines. 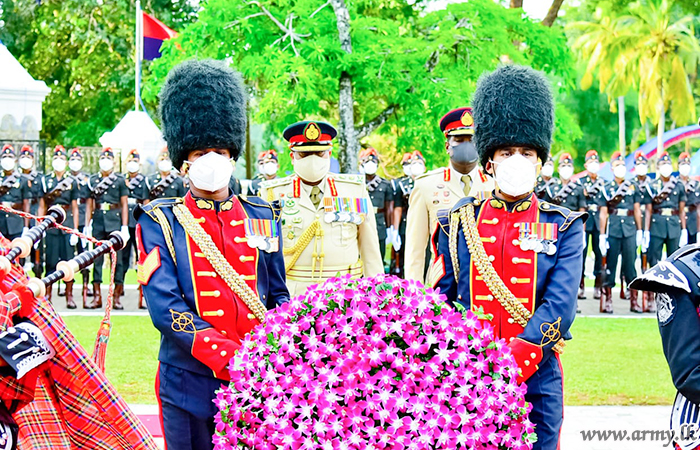 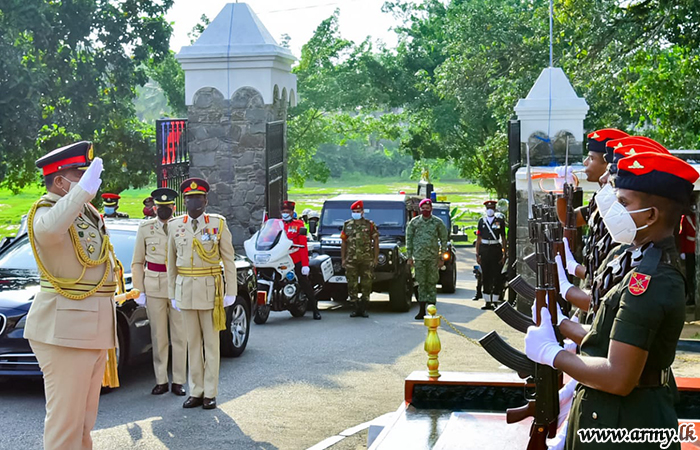 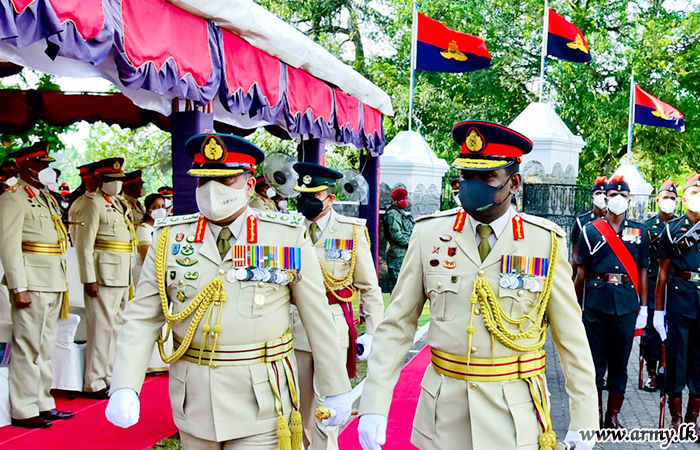 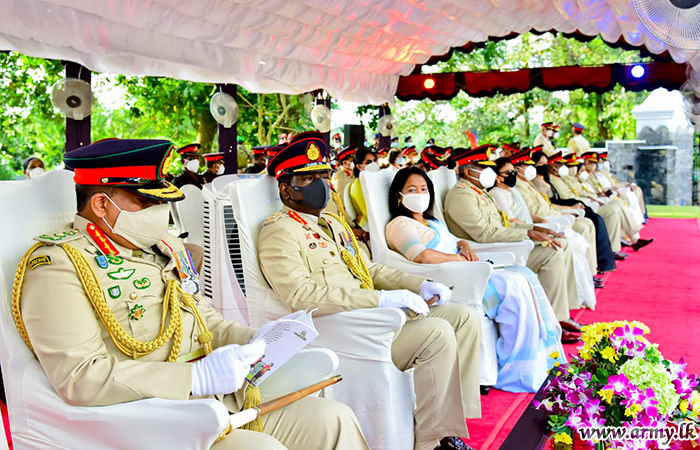 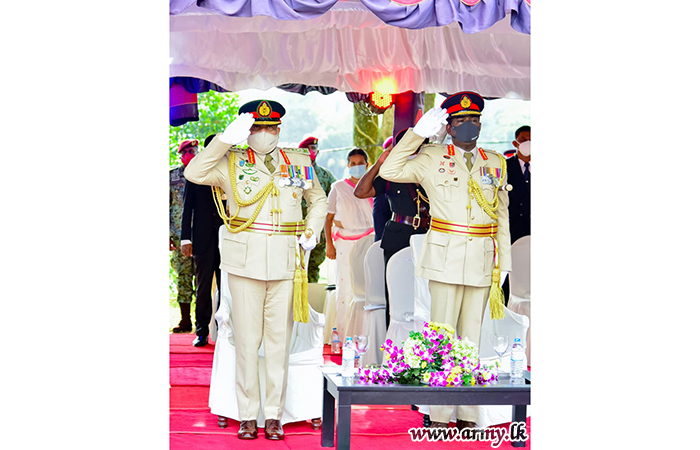 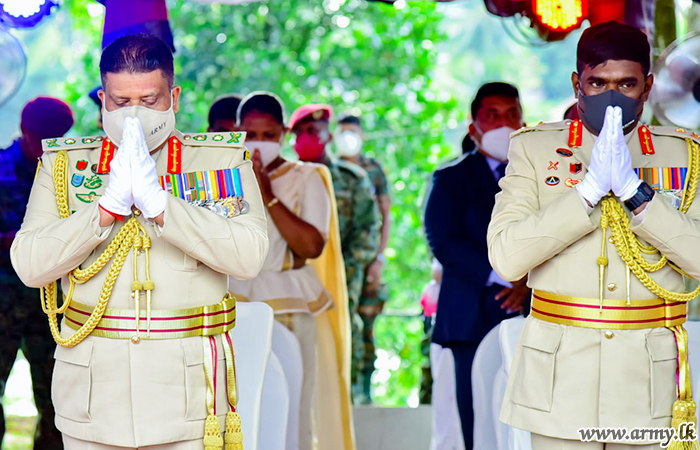 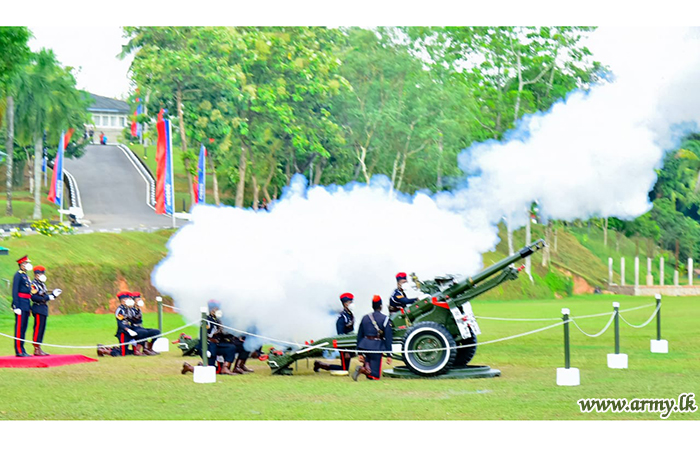 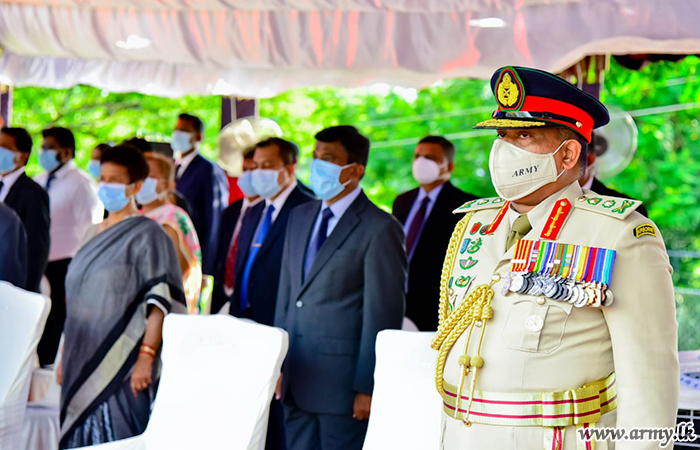 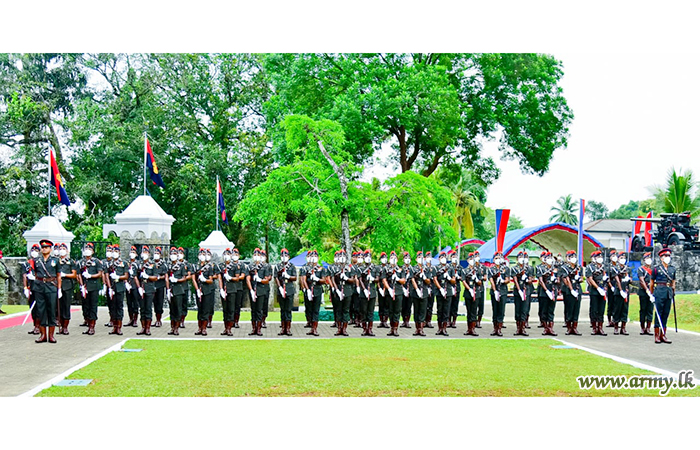 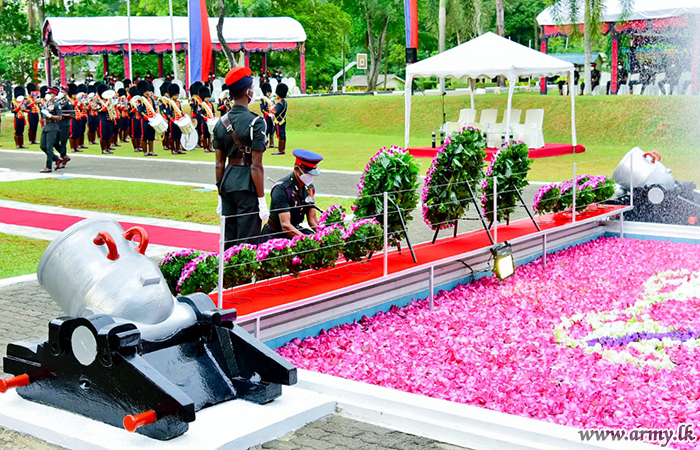