19 Gemunu Watch troops of the 593 Brigade under the 59 Division of the Security Force HQ - Mullaittivu promptly jumped into action and saved the lives of three civilians when their Mahendra Jeep skidded off and fell into the Nayaru Lagoon last afternoon (8) when the vehicle was plying along Mullaittivu - Kokilai road.

Troops on duty near the location of the disaster jumped into the lagoon waters and rescued the three civilians, taking them out of the vehicle in question after much difficulty.

After initial first aid treatment they were rushed to the Mancholai District Hospital in an Army vehicle.

The affected jeep was also taken out of the lagoon by the same troops after the civilians were directed to the hospital. Nike air jordan Sneakers | Nike Air Max 270 - Deine Größe bis zu 70% günstiger 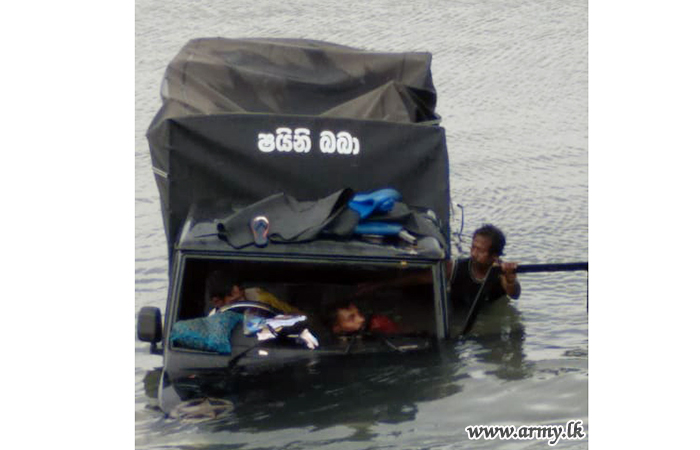 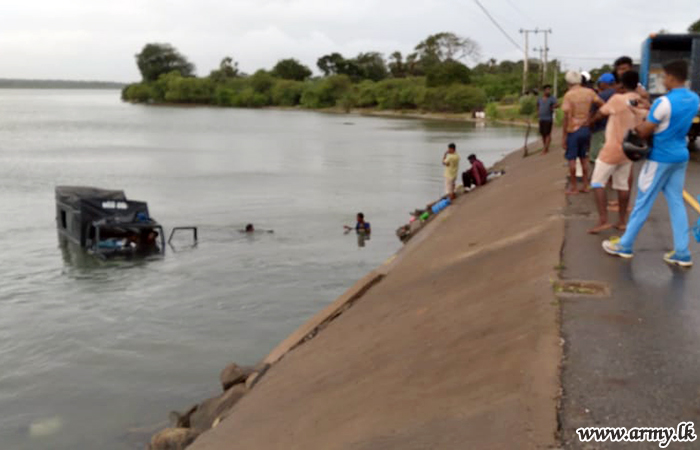 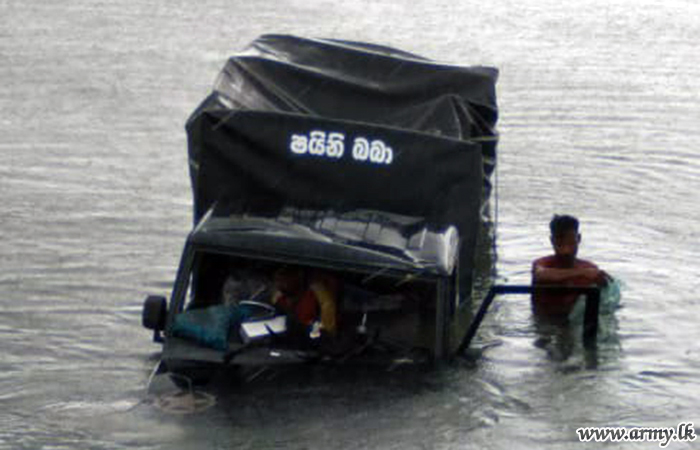