Army troops of all formations across the island through their respective Security Force HQs/Divisions/Brigades provided up and down transport to pensioners who turned up to draw their pensions today (10), following instructions given by General Shavendra Silva, Head, NOCPCO, Chief of Defence Staff and Commander of the Army. This was the second such practice being implemented after full travel restrictions came into force.

The project, suggested by HE the President, attaching importance to the well-being of those senior citizens, numbering over five lakhs was implemented with the help of Army-owned buses and SLTB buses in respective areas. Troops with the support of information given by respective Grama Niladarin (GN) (State Officials) took the buses to specified collecting points and transported them to relevant banks and post offices.

After District/Divisional Secretariats in close coordination with relevant Grama Seva officials liaised with military authorities in those areas, the programme got to a start on the first day (June 10). It will continue on Friday (11) too. 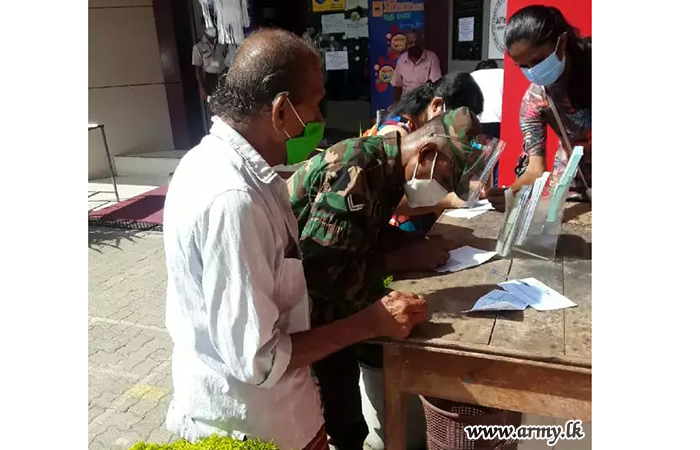 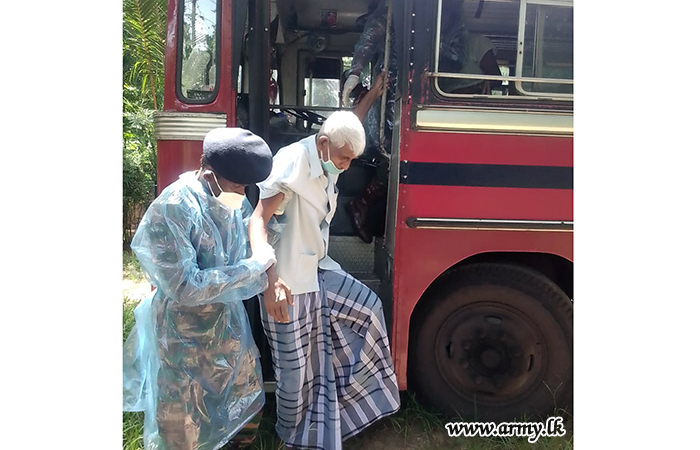 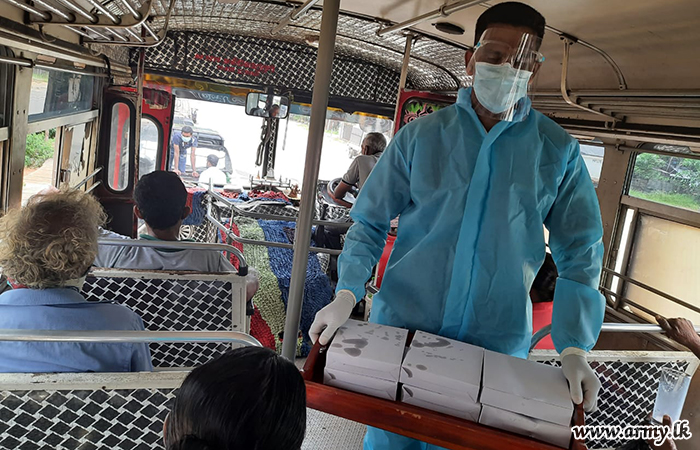 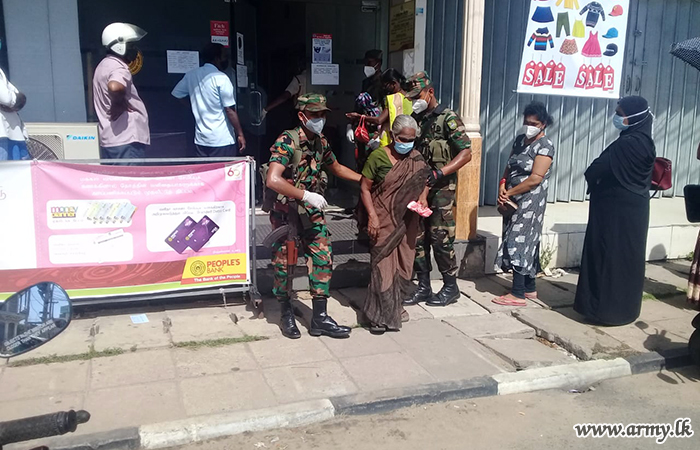 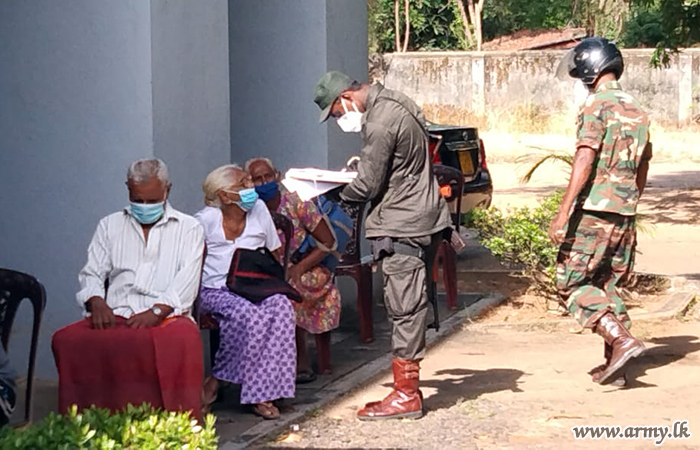 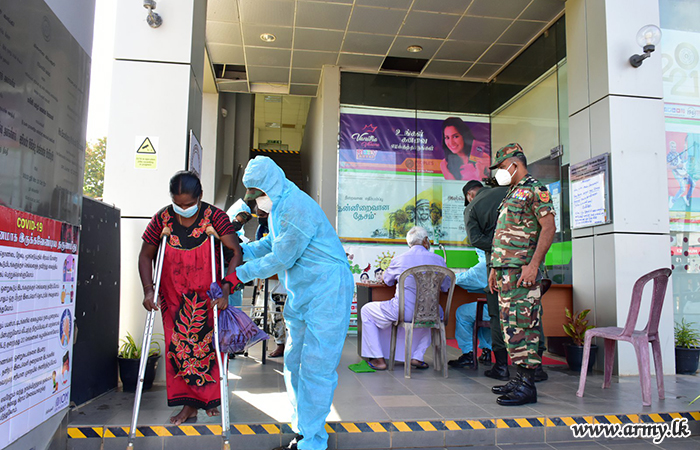 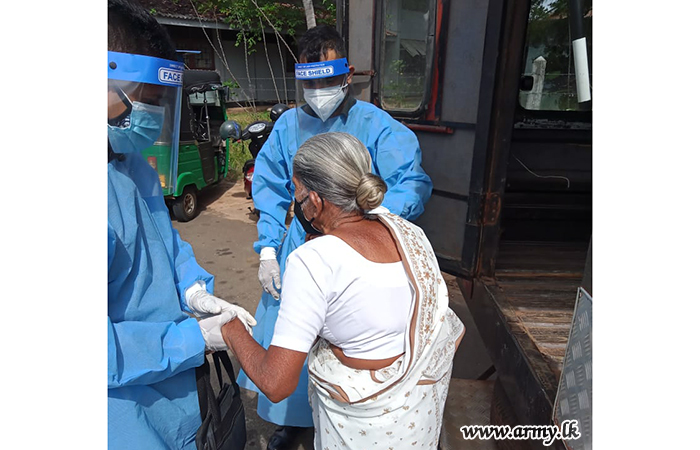 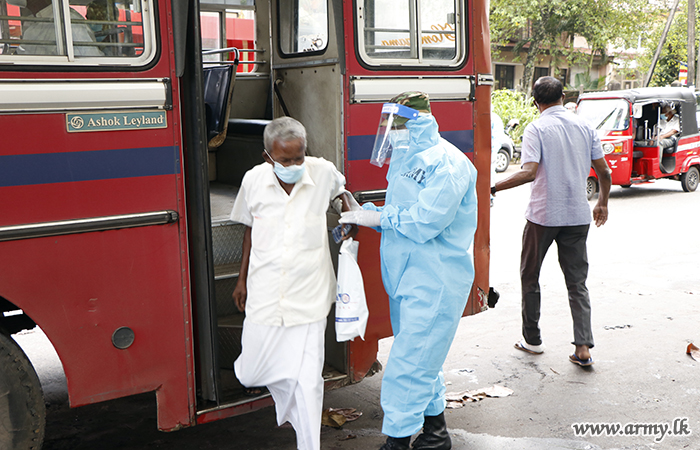 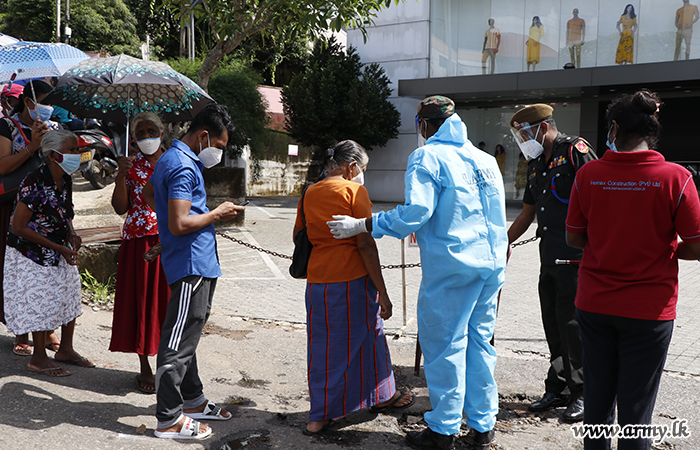