A large scale illicit felling of satinwood trees continuing in the Madhu Forest Reserve in the 61 Division area of the Security Force Headquarters - Wanni (SFHQ-W) was detected by a team of Army personnel engaged in a jungle training exercise on Thursday (31).

On observing the secret jungle spot for such felling, those soldiers immediately alerted 612 Brigade Commander, Colonel M.K Jayawardane to this wanton destruction of the forest reserve by those elements who have by then fled the area.

Those 20 Sri Lanka Sinha Regiment (SLSR) troops together with wildlife conservation officials immediately intensified their search operation further and afterwards found a large pile of satinwood trees lying in one edge of the jungle.

However, those troops in the search operation on the instructions of the Commander, 612 Brigade formally handed over those felled logs to the wildlife department officials for further investigations and necessary action. 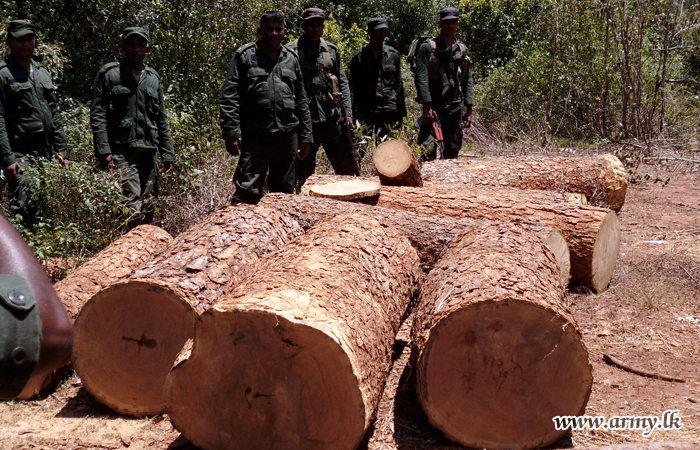 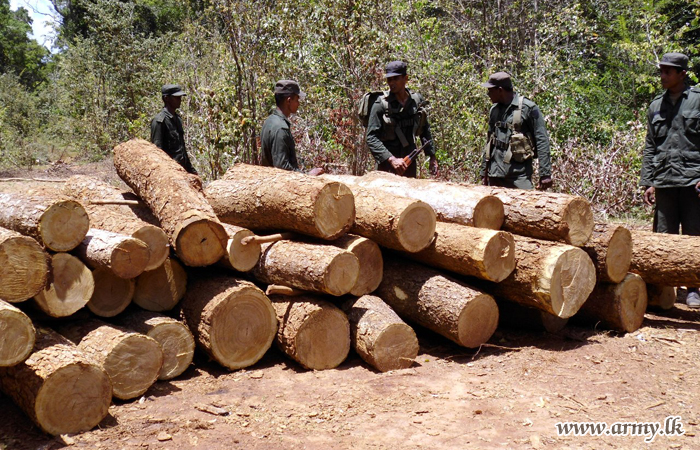 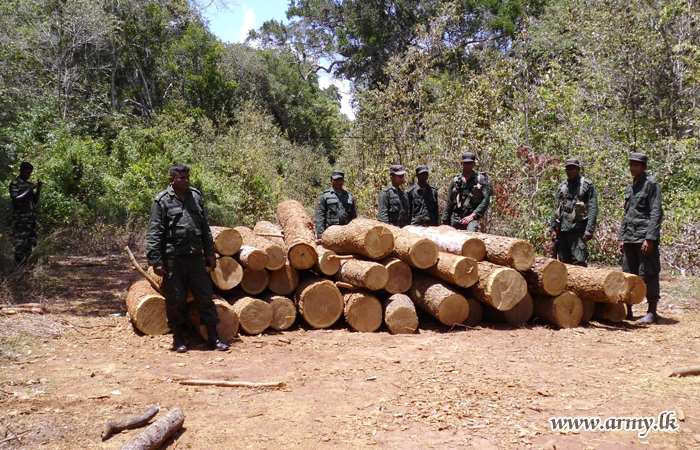 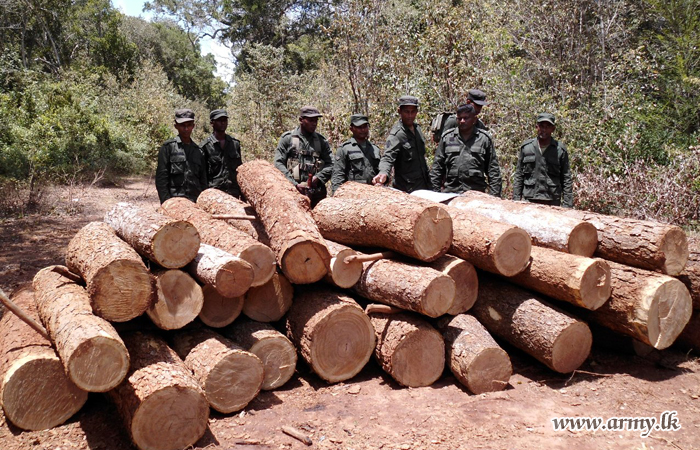 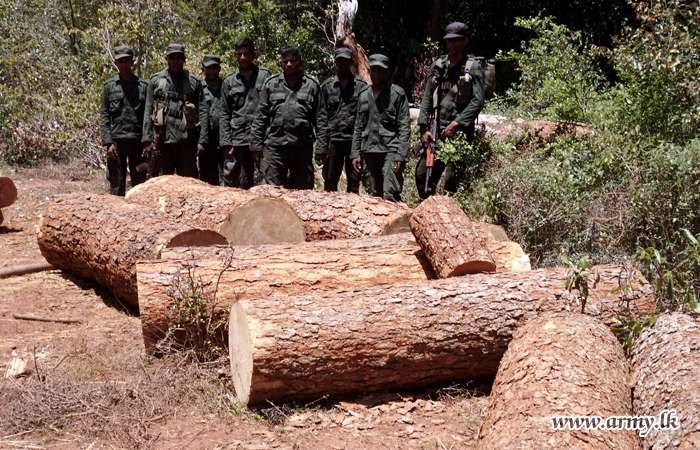 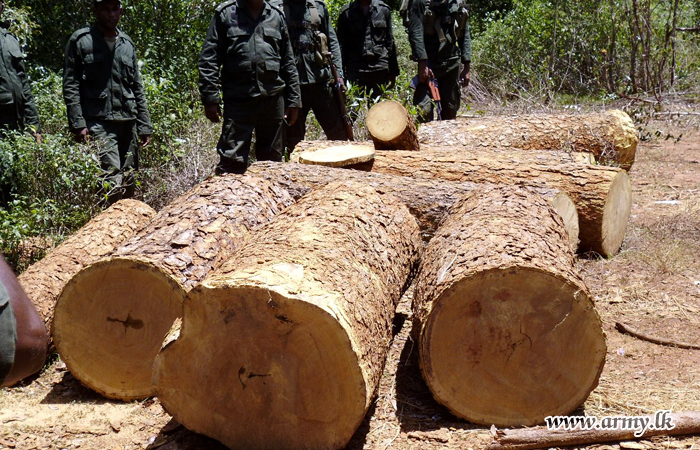