A bush fire broke out on Wednesday (8) at Mahagodayaya Teak forest was controlled by the troops of the 18 Gemunu watch (GW) and 121 Brigade on the instructions of the Brigade Commander, 121 Brigade, Colonel K.A.N.N Koswatte serving under the Security Force Headquarters- Central (SFHQ-C).

Quickly responding to the Brigade commander’s message, regarding the fire, the Commanding Officer of 18 Gemunu Watch, Lieutenant Colonel Roshan Dharmawickrama instructed his troops, including an Officer and 15 Other Ranks in 121 Brigade and 2 Officers and 30 Other Ranks in 18 GW together with the villagers, members of the Forest Conservation Department also gave their immense support to douse the fire before spreading in to the whole plantation.

The troops and others however were able to douse the fire completely before it spread to the Mahagodayaya Forest by Wednesday (8) afternoon at about 1.30 p.m. 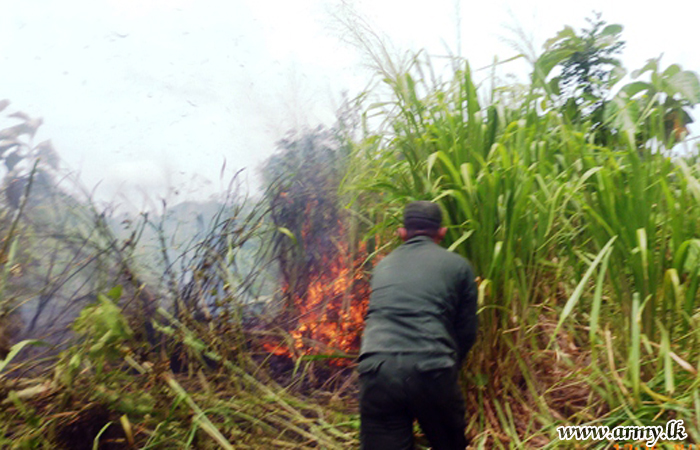 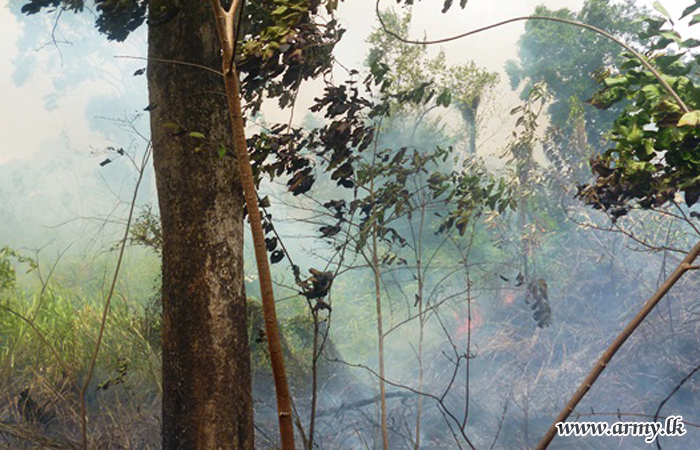 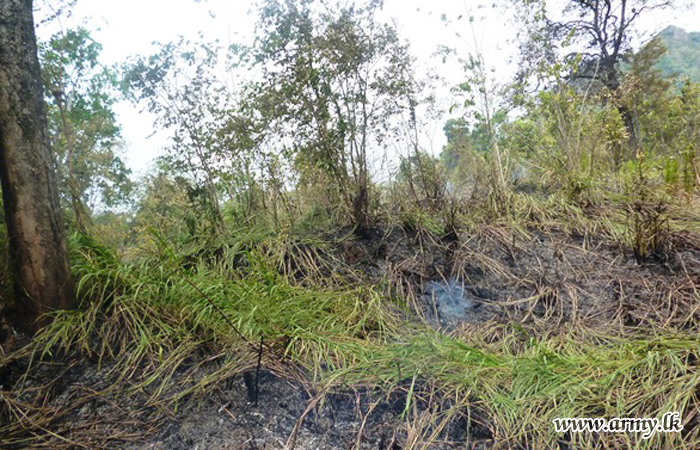 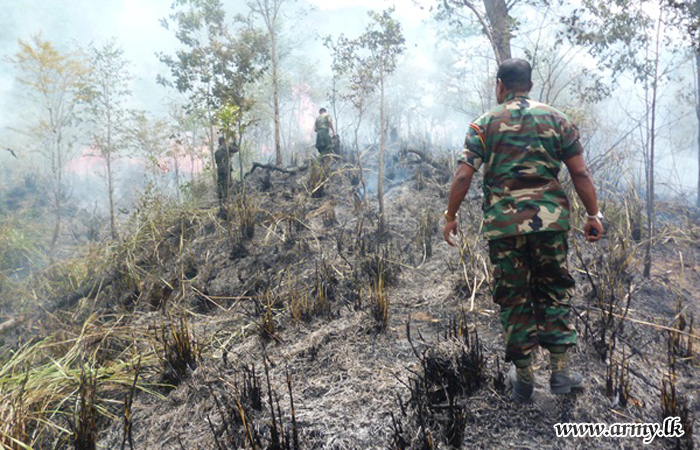