Troops of 8 Sri Lanka Sinha Regiment (SLSR) under command to the 611 Brigade of the 61 Division of the Security Forces -West early this morning (14) rescued 13 civilians, affected by spilling flood waters of Kuda Oya, Mainoluwa in the general area of Ruwanwella due to torrential rains in the past few hours.

Those 13 civilians of four families remained completely cut off from the mainland around 3.00 am as a result of spilling flood waters when rescue teams of the Army swiftly reached them on being informed.

On the instructions of the Commander of the Army, Major General Vikum Liyanage, Commander Security Forces-West, General Officer Commanding 61 Division and the 611 Brigade Commander are currently in touch with adverse weather developments in areas, affected by floods and stormy weather conditions.

Meanwhile, 8 Sri Lanka Sinha Regiment (SLSR) troops under command to the 611 Brigade and 61 Division of the Security Forces-West evacuated two civilians buried in a landslide in Warakapola, Gaswana area late last evening (13) after adverse stormy and rainy weather caused landslides in the area.

Unfortunately, one of the victims, a man was found dead at the time troops recovered him from muddy earth. The other victim was rushed to the Warakapola Hospital for further treatment. The remains of the victim were taken to the same hospital mortuary with the help of the Police. 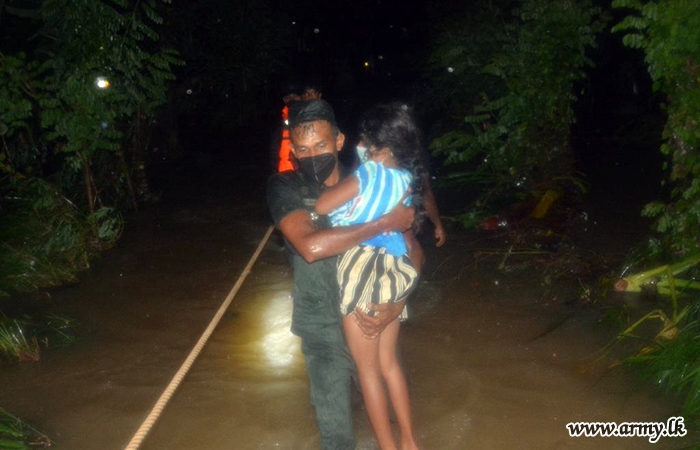 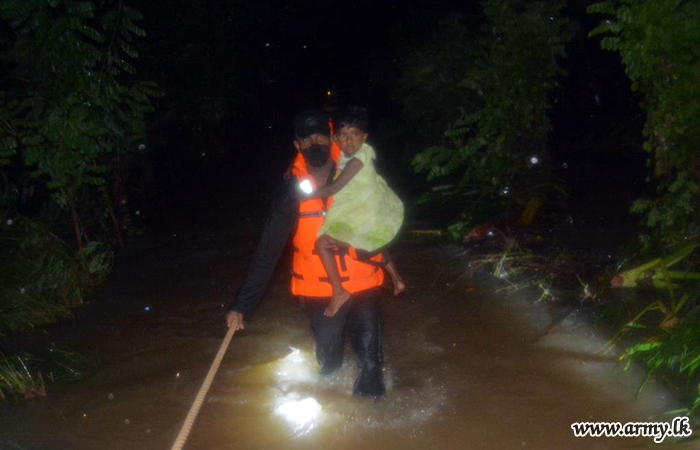 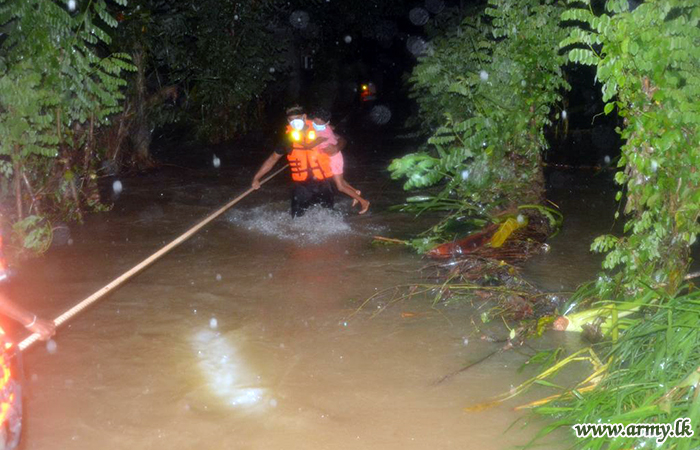 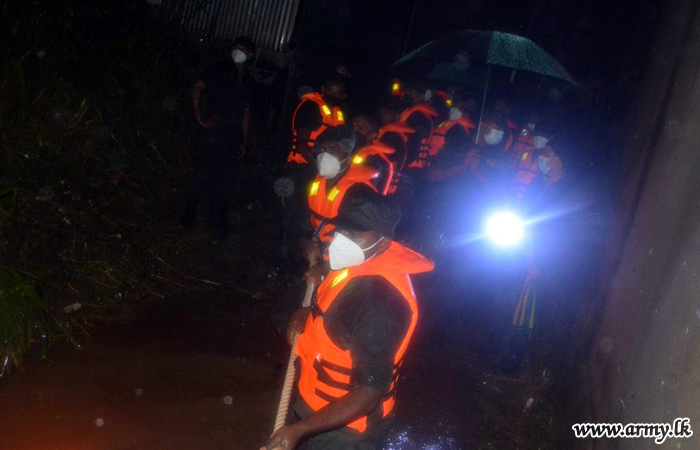 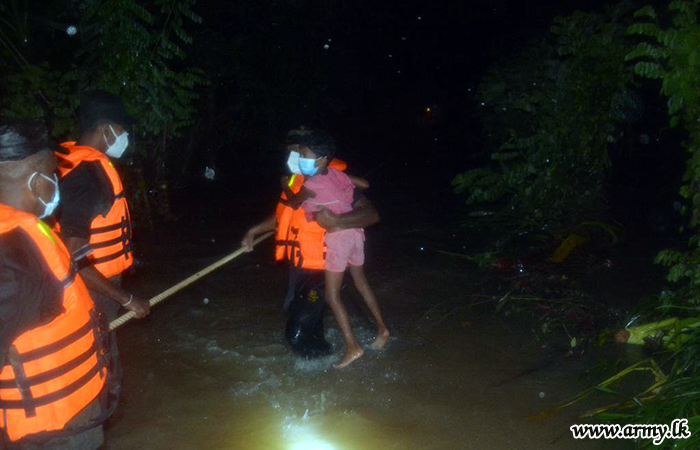 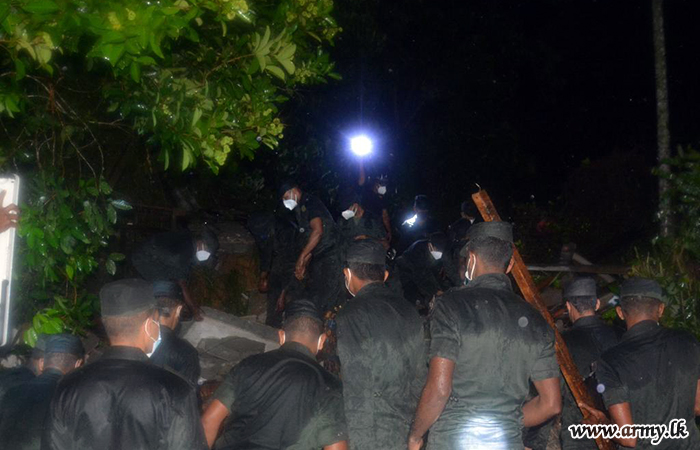 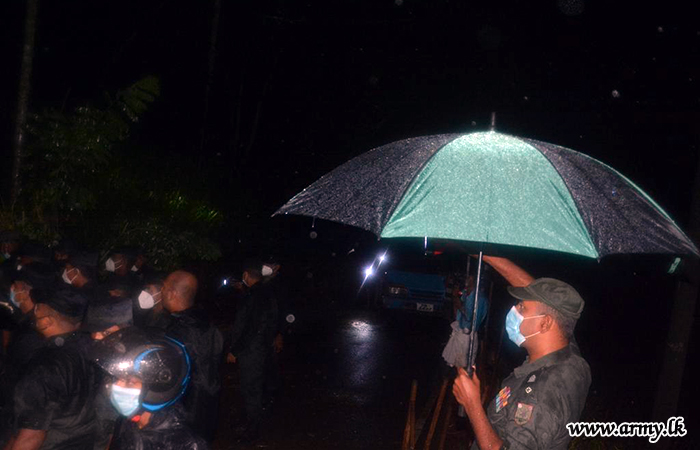 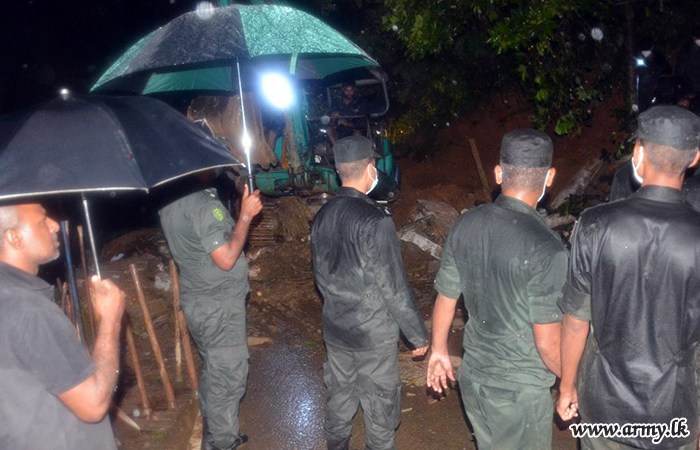