An emergency contingent of Army troops in the 141 Brigade under the 14 Division HQ, supported by firefighters, Navy, Air Force and STF personnel are currently fighting to douse a huge fire that has broken out in the municipal garbage dump at Ambalanmulla, close to the Seeduwa township as this report was pasted at about 4.00 pm on Thursday (20).

Following immediate directions given by Lieutenant General Shavendra Silva, acting Chief of Defence Staff and Commander of the Army, a contingent of Army personnel, led by Colonel Chamila Munasinghe, Commander 141 Brigade under the close supervision of Major General Mahinda Mudalige, Commander, Security Forces - West are at work as of now since the huge fire has affected the traffic flow too on some main roads. 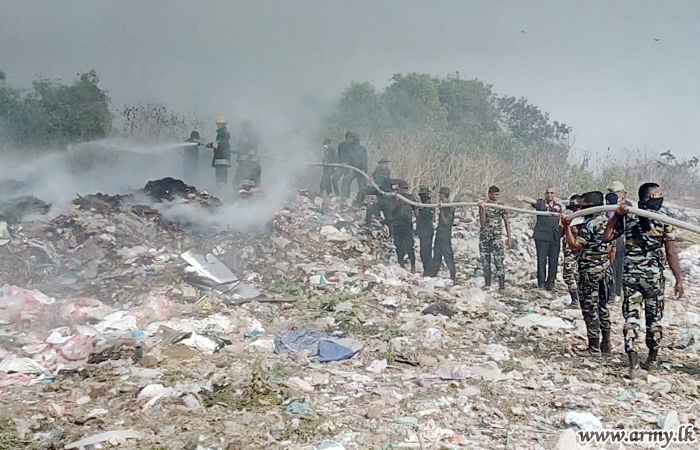 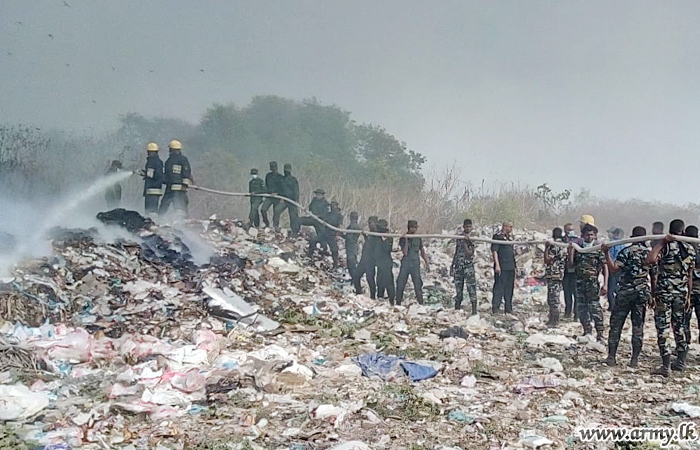 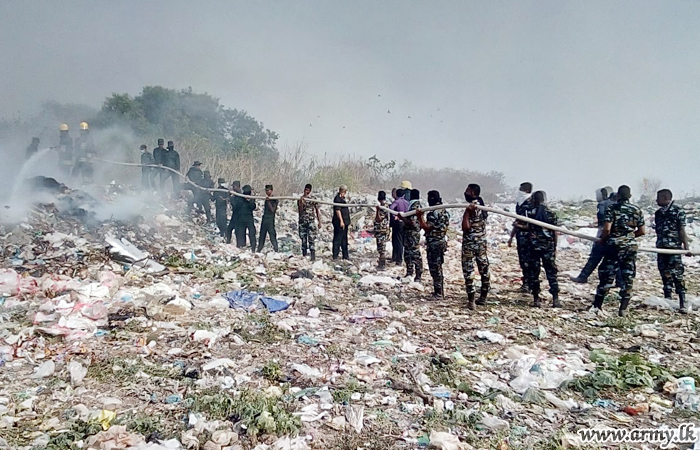 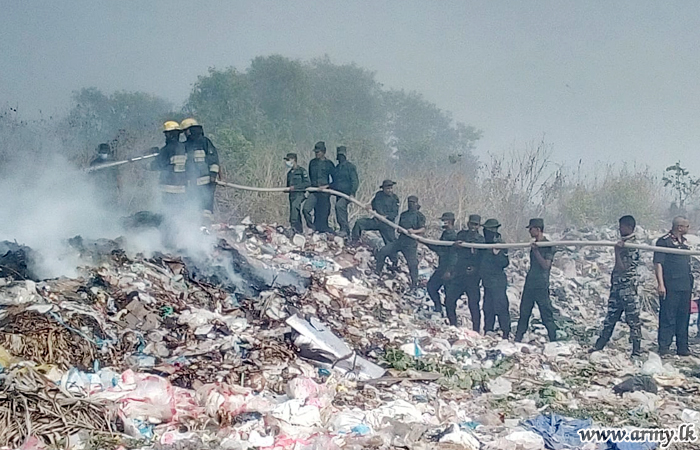 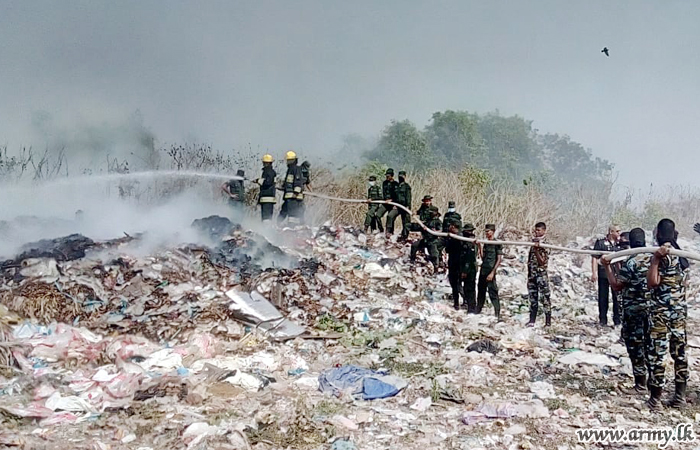 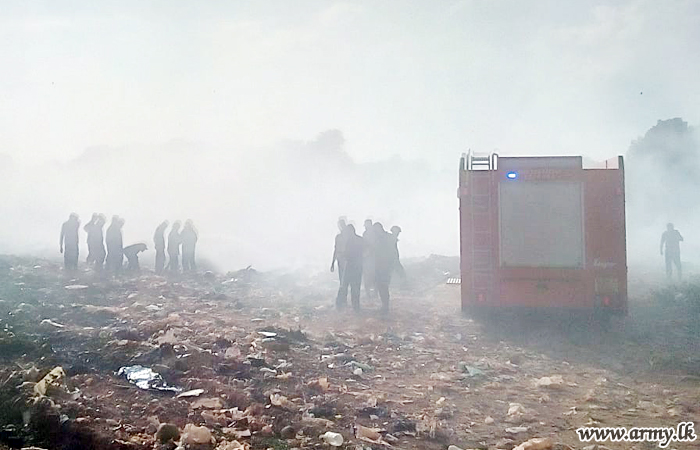