Troops of 11 (V) Sri Lanka Sinha Regiment (SLSR) under the guidance of the Commander 231 Brigade, Brigadier Vijitha Hettiarchchi gave their maximum support to distribute dry ration packs among 1246 needy low-income group families of all ethnicities in Batticaloa district on Sunday (25).

The donation was funded by the Hamid Hajjiyar Charity Foundation and each pack was worth about Rs 1500/=. Troops at the request of the donors packed those essentials, labelled them and assisted the organizers to carry them to separate distant locations for distribution.

The charity project coincided with the birthday of late Hamid Hajjiyar, a famous philanthropist in the area.

Commander 231 Brigade, Brigadier Vijitha Hettiarchchi, Community leaders and the Second in Command - 11 (V) SLSR, together with members of the Failwan Mosque joined the distribution programme, held at Failwan Mosque, Ariyampathi after inviting only a few representatives from target areas. 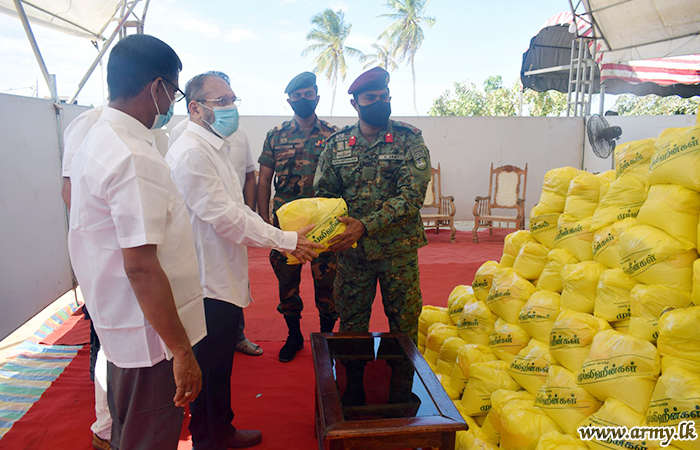 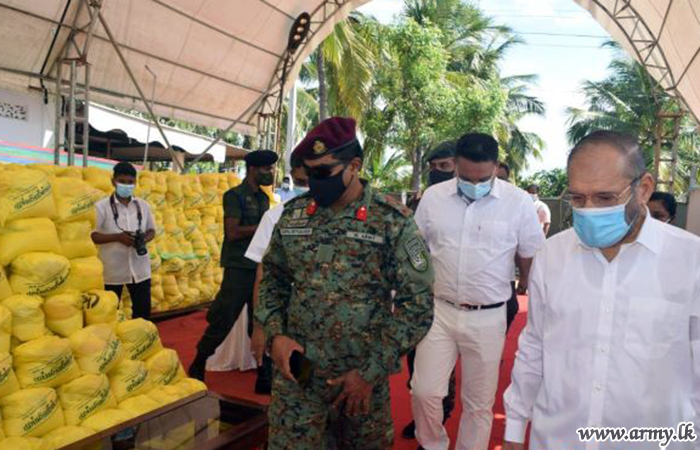 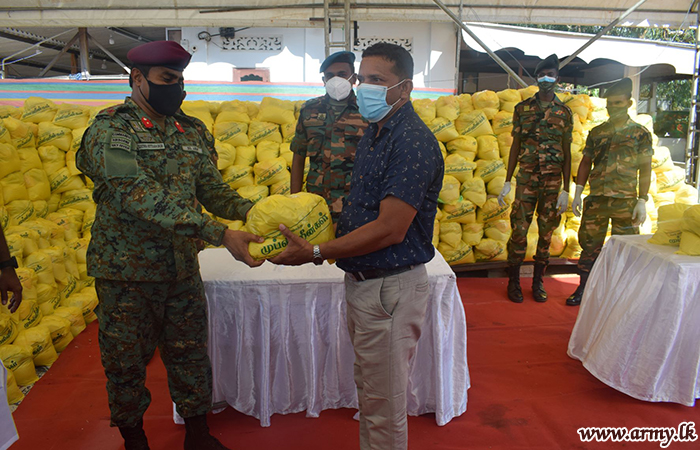 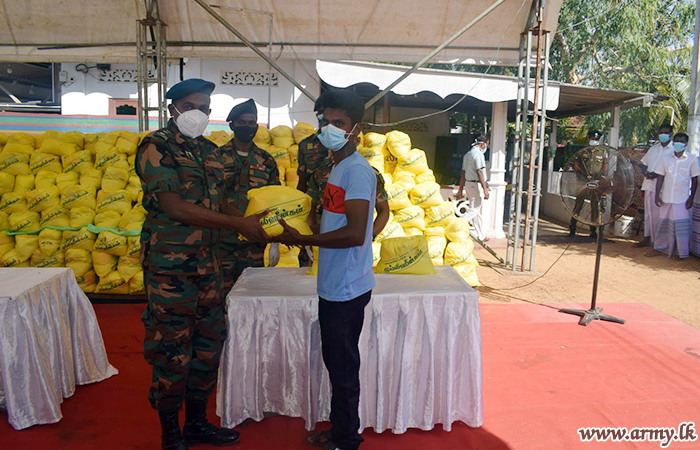 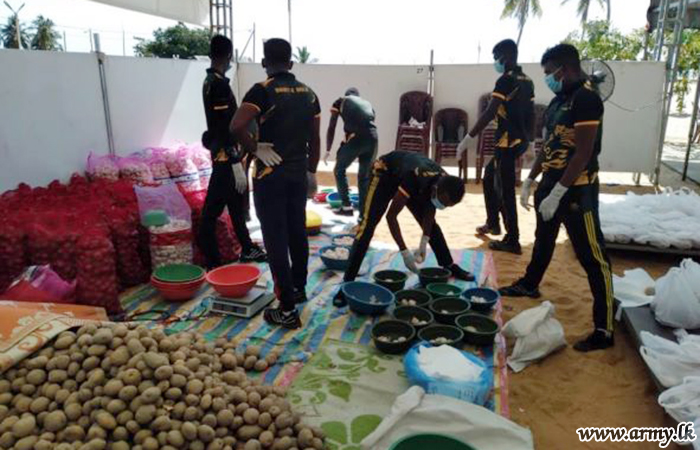