The Army Seva Vanitha Unit led by Mrs Sujeewa Nelson, President, ASVU took the initiative in providing all necessary accessories utensils, tools, linen, flasks, cups and plates, pillows, etc at the ASVU cost. Mrs Sujeewa Nelson together with ASVU members and staffers at the ASVU office threw their full weight behind the success of its total operation.

The project, fully backed by the Army Seva Vanitha Unit (ASVU) is equipped with all vital health facilities, such as the state-of-the art facility with emergency treatment unit, isolation sections, resuscitation units, ICU, medical stores, etc and is also the first of its kind in Sri Lanka that came up in such a short span of time on an initiative taken by the Head, NOCPCO to face with any contingency in the wake of resurgence of the 3rd COVID-19 wave in the country.

President Gotabaya Rajapaksa on arrival at the premises was warmly received by the architect of the project, General Shavendra Silva. Afterwards, HE the President, together with Defence Secretary, General Kamal Gunaratne (Retired), Health Secretary, Major General Sanjeewa Munasinghe, Director General Health Services, Dr. Asela Gunawardane, General Shavendra Silva, Head of the National Operation Centre for Prevention of COVID-19 Outbreak (NOCPCO), Chief of Defence Staff and Commander of the Army and other guests closely looked at different sections in the new care centre, equipped with all facilities, medical equipment and sanitary needs. He also shared a few thoughts with medical experts present at the venue and inquired into certain aspects before he left the premises.

COVID-19 patients who cannot be practically taken care at home, but who do not show serious symptoms are to be treated in this facility in order to render the medical staff to pay their undivided attention on the infectees who are in critical condition and at a serious stage of the infection. Medical services at the Care Center will be provided jointly by the Ministry of Health and Sri Lanka Army Medical Corps.

"In keeping with this emergency need, the Army immediately initiated an island-wide hunt for suitable locations and buildings and as a result, Security Force members at all regional levels are busy improvising new places to serve as Intermediate Care Centres or Hospitals, exclusively reserved for COVID-19 treatment as existing capacities in government hospitals are already overwhelmed. We expect to open this state-of-the art facility centre shortly in Seeduwa with the express objective of giving the best emergency healthcare to affected Sri Lankans free of charge," General Shavendra Silva has gone on record saying to the Media.

This improvised new COVID-19 hospital in Seeduwa has been equipped with Army-produced 1200 beds and we will primarily have 5000 beds ready, and the target is to increase it to 10,000 beds around the country within the next couple of days. In this place, isolated medical facilities with separate cubicles and space could cope with 1200 patients on an emergency basis. The military has already added more beds to the hospital capacity, intermediate care centres and provided even ICU beds, having established the ICUs by the Army itself. Out of some 86,000 beds in island-wide state hospitals, initially we used only about 5000 beds since capacity for contingencies like COVID-19 is minimal, General Shavendra Silva was further quoted saying.

The Seeduwa new facility is the third such factory handed over by Brandix to the worthy cause of combating COVID-19 in Sri Lanka, apart from similar quarantine facilities they made available at their sites in Punani and Rambukkana. This Facility was also the first to receive the international recognition as the world's first Apparel Manufacturing Facility along with the LEED Platinum certificate. 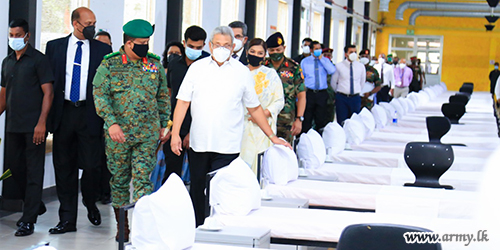 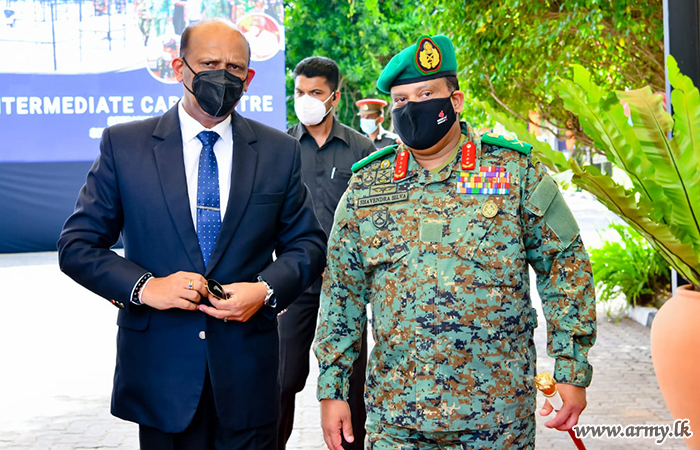 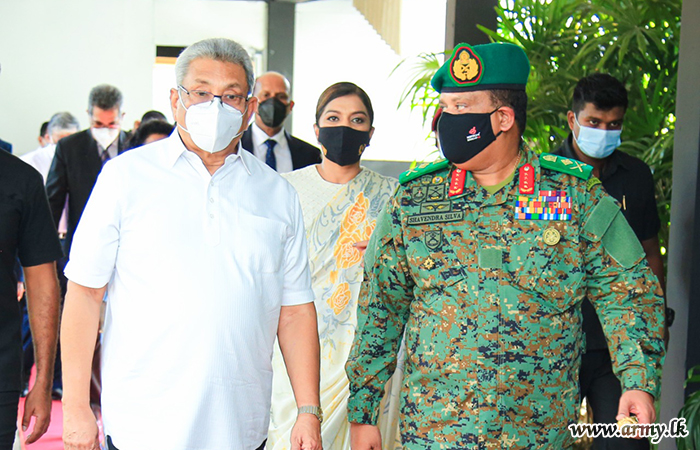 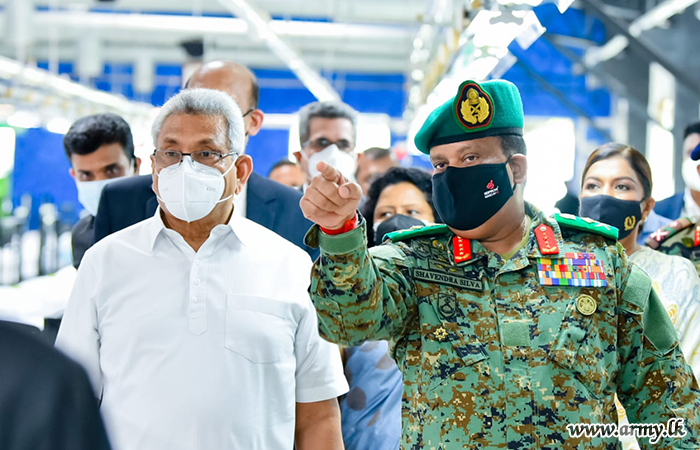 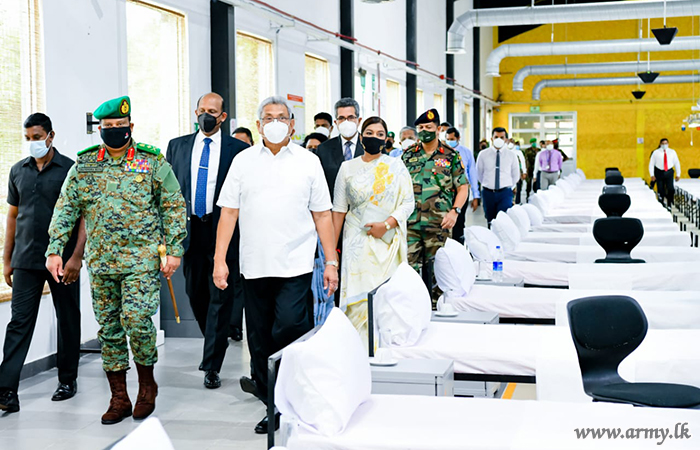 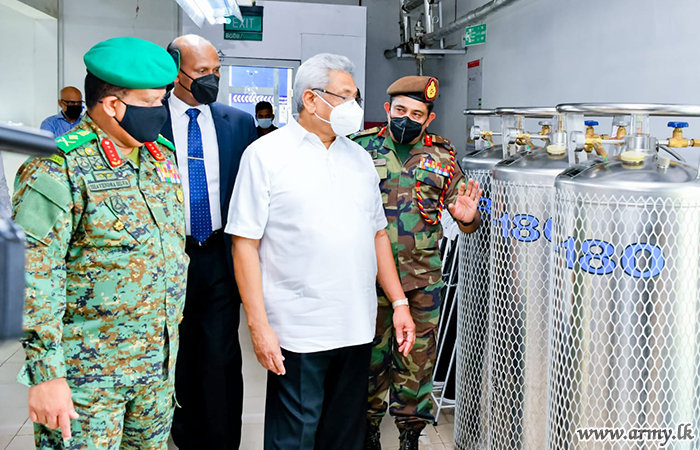 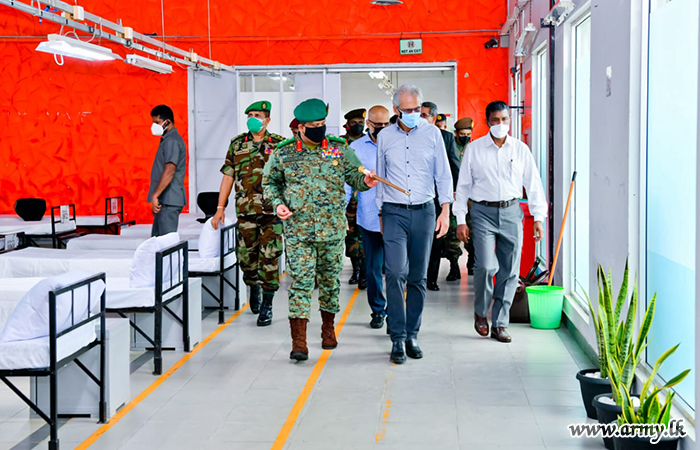 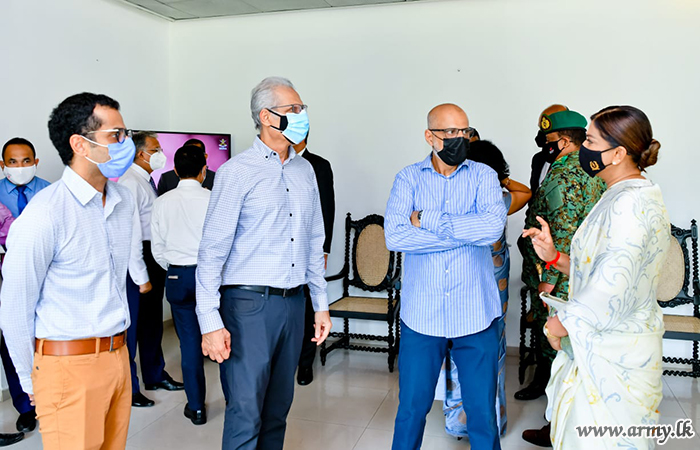 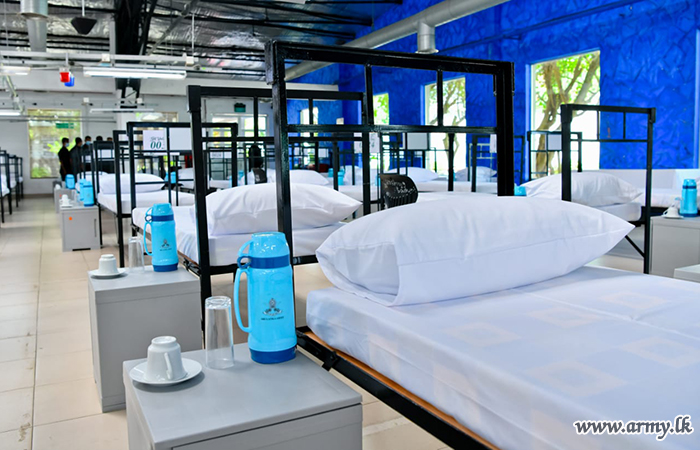 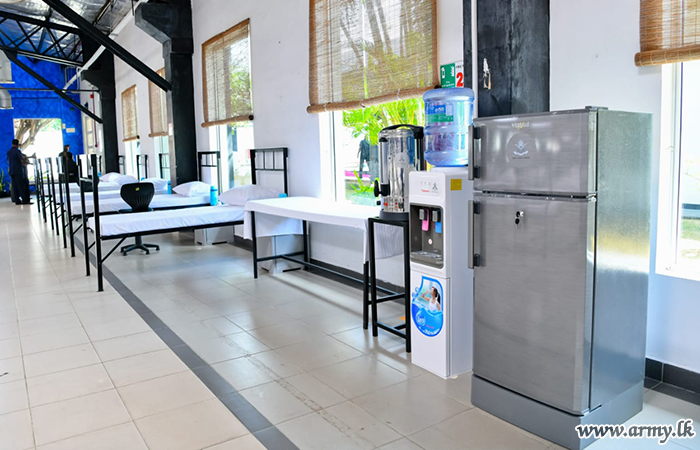 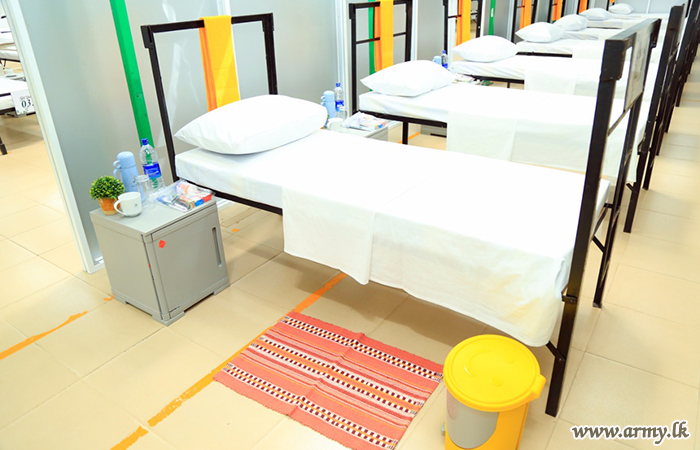 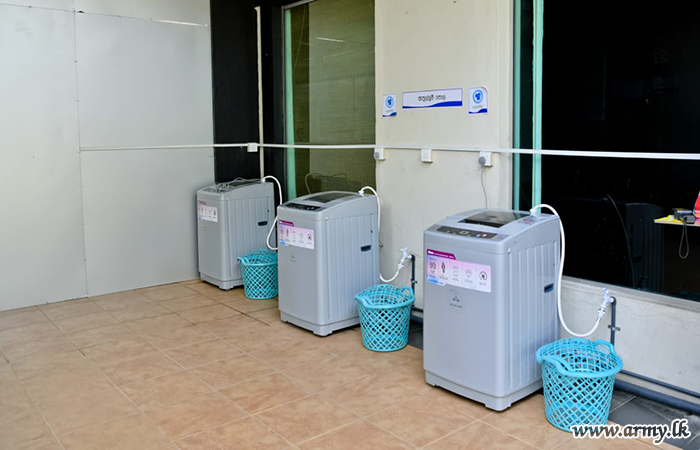 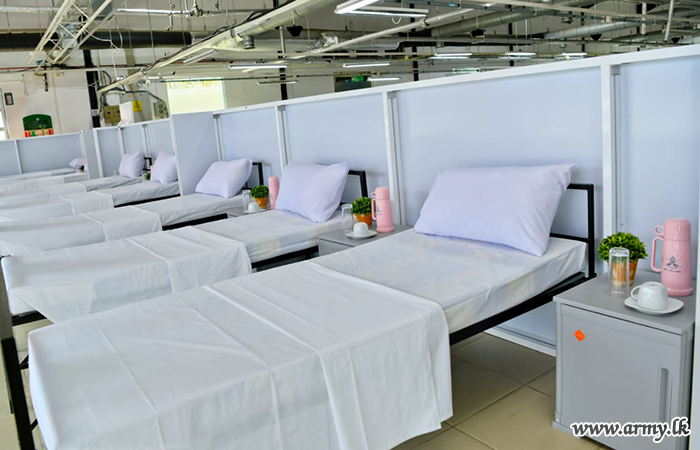 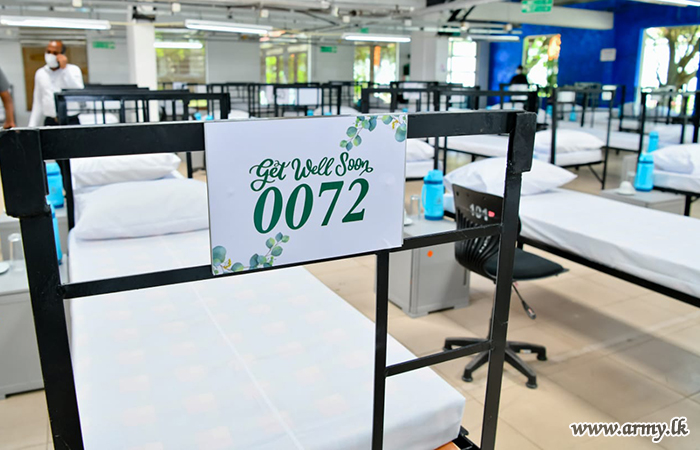