Sri Lanka Army's Seva Vanitha Unit (ASVU), founded in 1984 with the express objective of promoting welfare measures of the soldiers as well as next of kin of the Fallen War Heroes, has to-date erected 161 houses and offered about 300 scholarships to sons and daughters of the Army\'s War Heroes.

All those projects, initiated under the auspices of former ASVU Presidents and Office bearers are to continue and expand further under the chairmanship of Mrs Sonia Kottegoda, President ASVU.

Contributions donated by philanthropists as well as by various donor agencies along with funds raised by the ASVU made those housing projects a reality at Ranaviru villages in Kuruwita (33 Houses), Kosgama (82 Houses), Horana (09 Houses) and Nonagama (15 Houses) worth over Rs 4.5 million during a span of four years.

Of the projects now under way, the ASVU Scholarship Fund offers financial assistance to carefully selected sons and daughters of War Heroes who are clever at learning but unable to afford to continue their studies due to financial constraints in their families after their beloved ones joined the majority. Some of those children's fathers have turned disable following the brutalities of the Eelam wars. These scholarships in the range of Rs. 500 per month and Rs. 750 per month are awarded to children learning in (Year 1-5) and those above Year-6 class respectively.

Applicants qualified to receive those welfare relief assistance are selected after recommendations of respective unit/brigade/division Commanders with the concurrence of the Colonel of the Regiment are received by the authorities in the Directorate of Additional Welfare in the Army.

Numerous requests seeking such relief and humanitarian assistance pour in almost everyday to the ASVU from affected families but insufficient funds, according to the ASVU have hampered the continuance of those welfare measures. While assistance hitherto granted to those ASVU initiatives by considerate and great men and women of Sri Lanka and elsewhere is gratefully acknowledged, the ASVU needs your help further.

Similarly, the ASVU takes this opportunity to earnestly appeal to You, good Samaritans, philanthropists, donors and all well-wishers resident in Sri Lanka or overseas to help the ASVU sustain its those humanitarian projects, dedicated and designed in the name of the Fallen Heroes and all War Heroes who defend the territorial integrity of our beloved Mother Lanka. Your generosity means happiness for someone else whose today is dedicated and sacrificed for the sake of your tomorrow.

Those wishing to give their hand of friendliness are requested to send in their contributions to People\'s Bank, Account No. UHAMU 207-020001-1 or get in touch with Telephone No. 011-2343953 for more details about those ongoing projects. 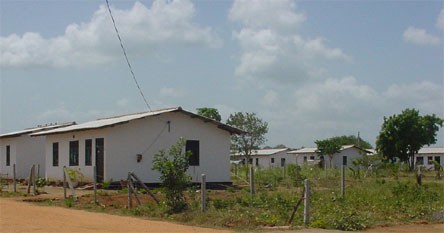