2 Sri Lanka Sinha Regiment (SLSR), 10 Gajaba Regiment (GR) and Sri Lanka Rifle Corps (SLRC) troops of the 11 Division under the Security Force HQ - Central (SFHQ-Cen) are currently engaged in a massive search and rescue operation in the general area of Boowelikada, Kandy after a landslide caused an old house to fall onto another building displacing several persons.

As of this morning (20) preliminary reports confirmed that 3 persons were found injured inside earth mounds and were rescued by Army troops, inclusive of 3 platoons.

Reports said that torrential rains and inclement weather that continued in the last few days in Kandy area led to soil erosion and unavoidable landslides in and around hilly areas.

Information further confirmed that the landslide at Boowelikada had also reportedly buried a few more persons alive, believed to be occupants of those affected houses.

Meanwhile, an infant recovered from those debris was pronounced dead on admission to the Kandy General Hospital at the time this story was pasted. 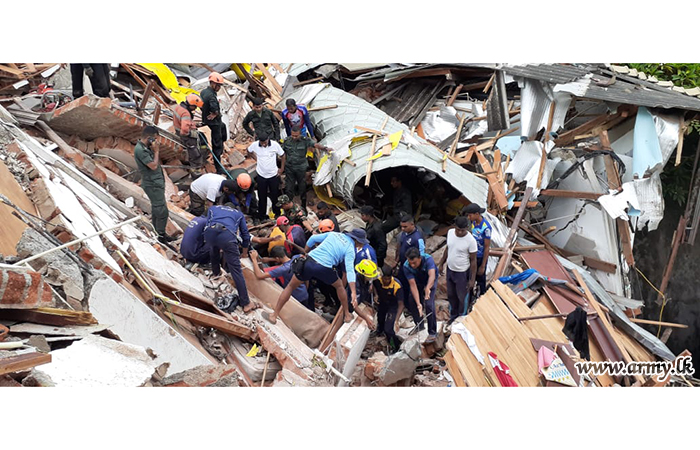 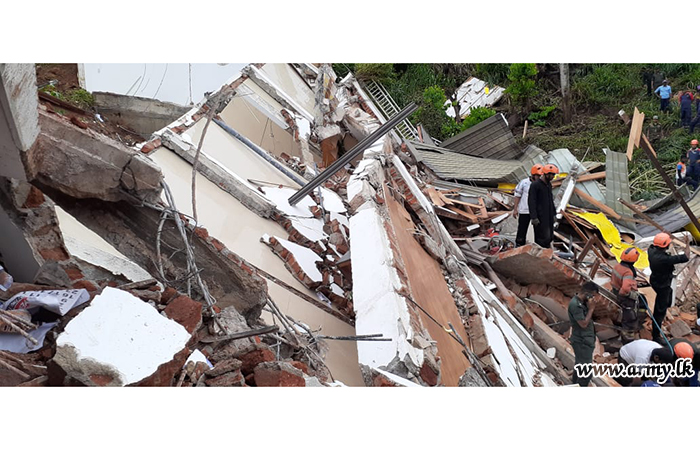 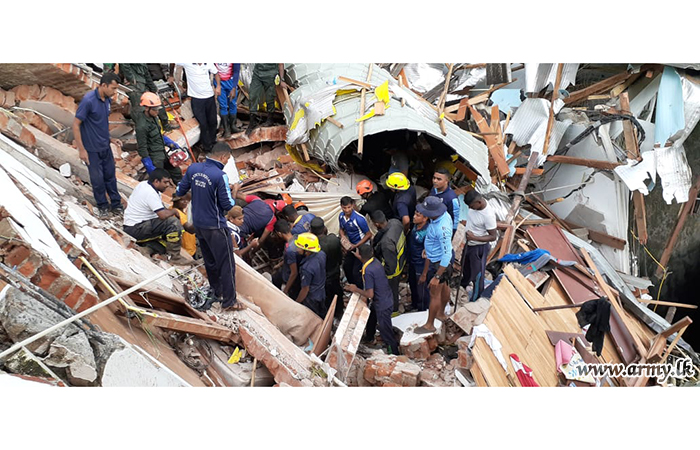 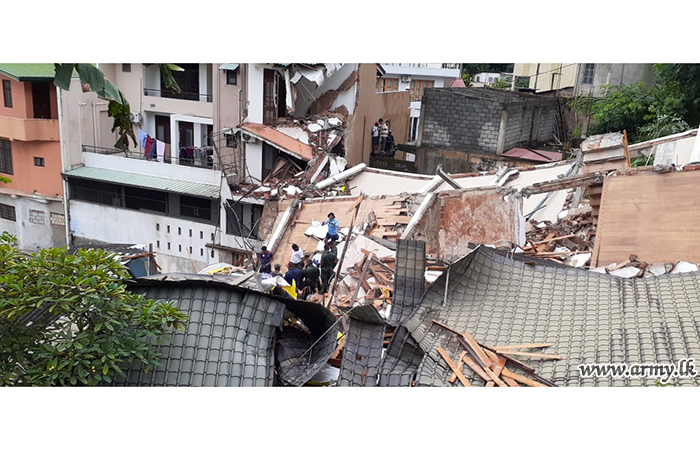 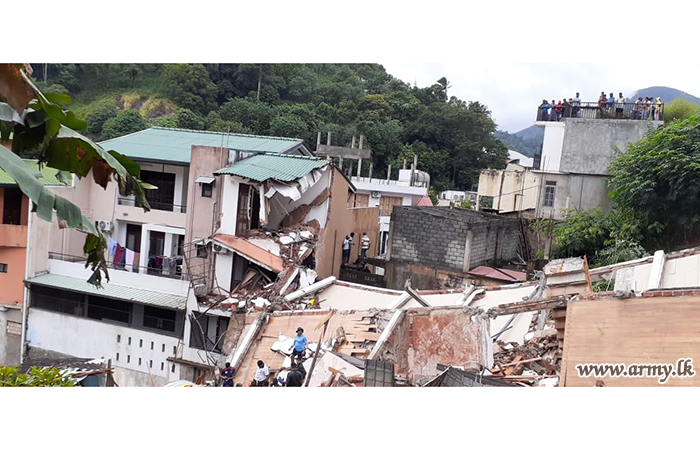 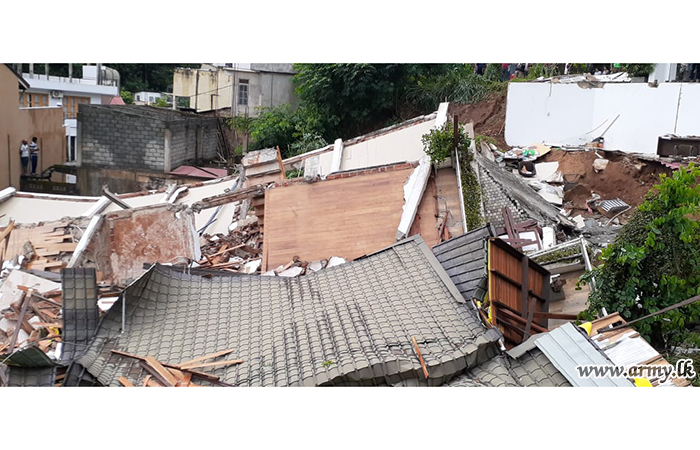 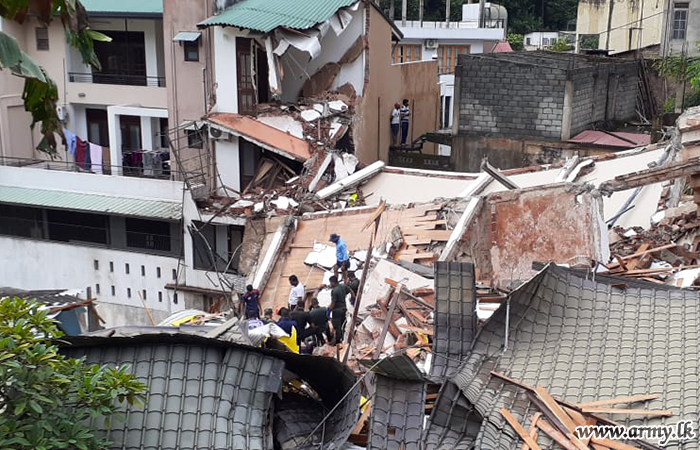 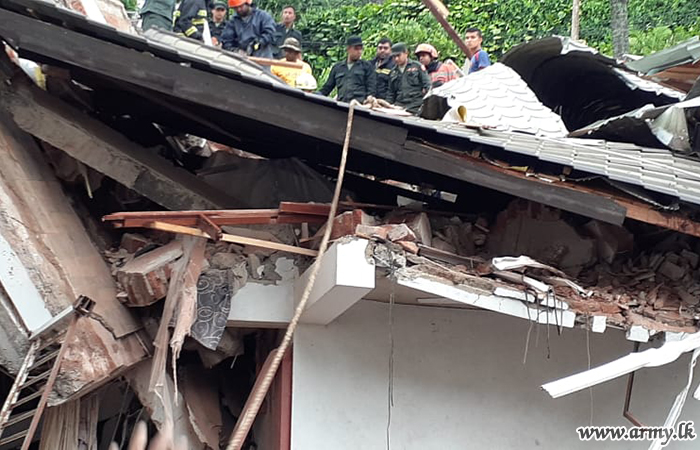 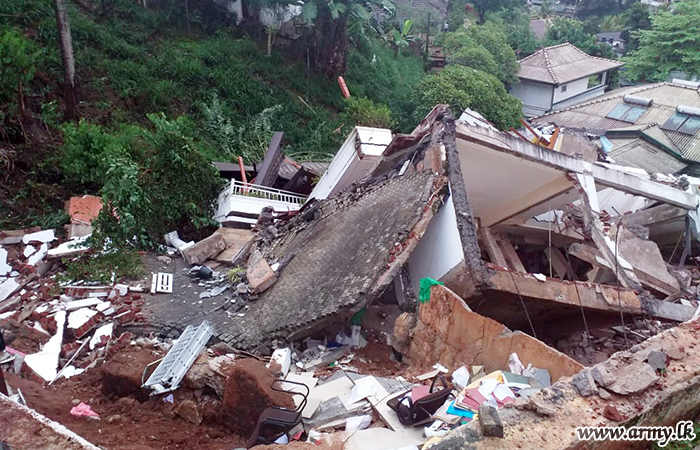 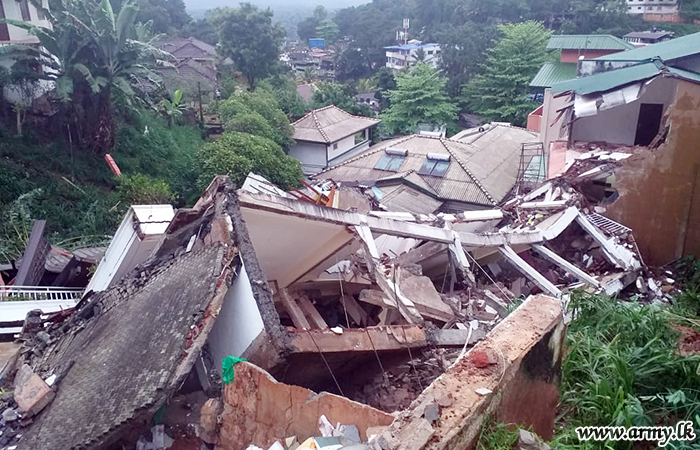 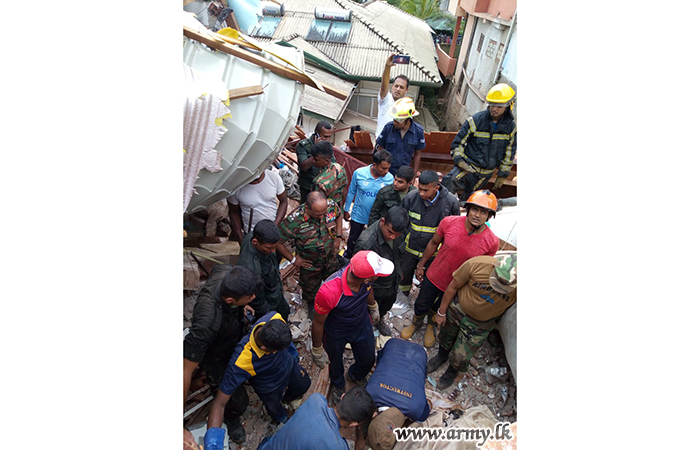 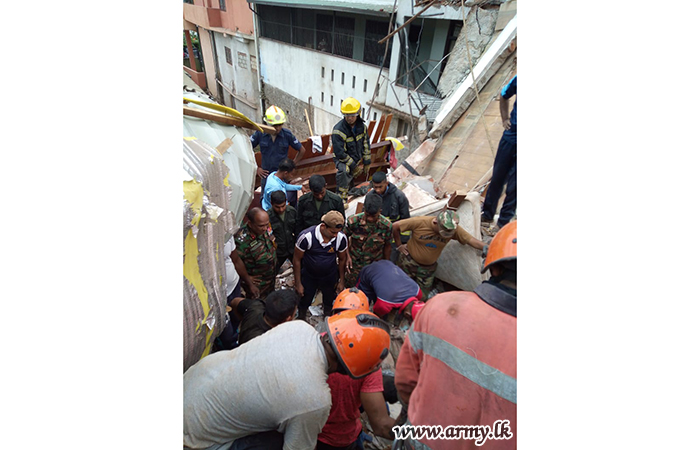