The ‘Siyatha’ TV’s musical chat-show ‘Star Wars’ on Friday (11) at 10.20 pm will be dedicated for musicianship of the Army on account of the 70th Army Anniversary which was commemorated on a grand scale at Galle Face green.

This live show, featured with the blessings of the Commander of the Army, Lieutenant General Shavendra Silva is the first such exposure that coincided with an anniversary event in the Army history. 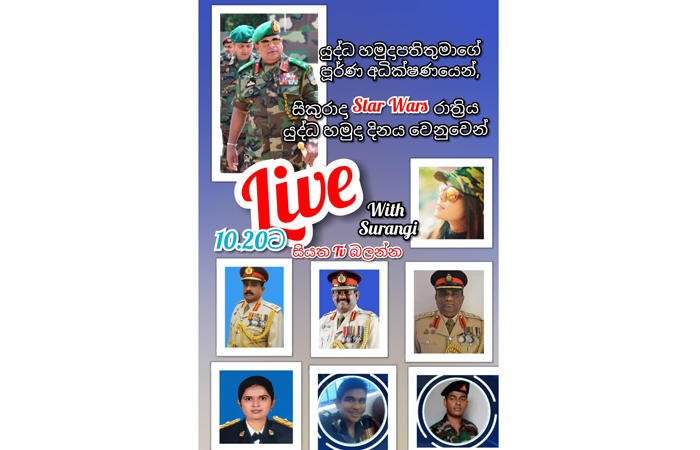