Humanity cares no bounds, ethnicities, religions, castes or creeds. So were the experiences, most of us, Sri Lankans appear to be undergoing these days in the aftermath of the most horrendous tsunami catastrophe that devastated a large chunk of our coastal areas on Sunday (26).\r\n\r\nThis was only one instance of that truth. On receipt of an urgent SOS call for blood from medical men in un-cleared areas in Wanni to the Vavuniya District Secretary (DS) Mr. T. Ganesh, health authorities at Vavuniya Hospital in turn turned to the Army for assistance since a delayed dispatch or absence of blood to un-cleared areas would mean loss of hundreds of innocent Tamil lives.\r\n\r\nThe late evening call for blood, hours after the disaster struck, prompted Vavuniya hospital authorities to kick off its programme with the help of some 122 Army personnel who volunteered immediately in response to the hospital call on the instructions of Colonel R. B Senanayake, Civil Affairs Officer. As the word about this urgent need spreads among the public with the troops taking the lead, concerned civilians in Vavuniya too made inquiries, joined hands with troops and began to flock the hospital. The urgent project was amply supported and went on till small hours of the following day (27). Medical authorities, impressed by the response of the troops however had to restrict its campaign to a total of 450 blood pints, though many more soldiers were anxiously awaiting in the queue in order to donate blood. \r\n\r\nThe DS who praised troops for their instant action had immediately dispatched a quantity of 100 blood pints to un-cleared areas in the company of health authorities.\r\n 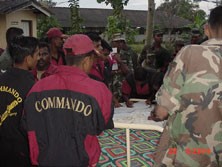 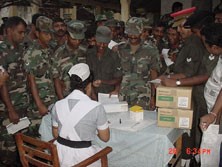 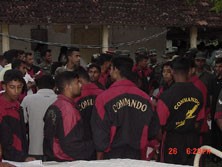 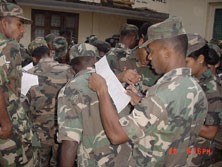 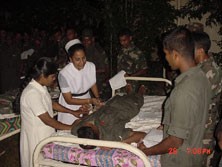 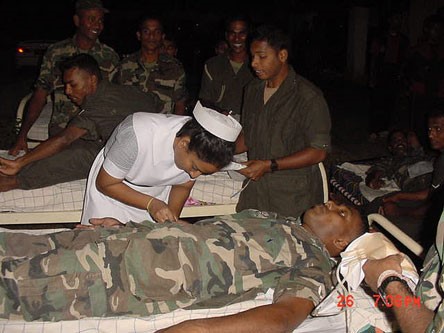