Unprecedented in Sri Lanka, and perhaps in the world too for that matter, the Sri Lanka Army in a magnanimous gesture of goodwill, brotherhood and compassion lent its hand of friendship to 15 ex-LTTE combatants, just freed from jail on a Presidential pardon and offered each of them with cash gifts for initiation of their own self-employment openings and continuation of their peaceful lives as law-abiding citizens of the country in harmony with all ethnicitities in the country.

The unorthodox and marvellous move, held at Jetwing Hotel in Jaffna this morning (7), headed by General Shavendra Silva, Chief of Defence Staff and Commander of the Army who was on a tour to the North to assess COVID-19 transmission impact as Head of the National Operation Centre for Prevention of COVID 19 Outbreak (NOCPCO) as the Chief Guest, witnessed how each of those misled weapon-brandishing former combatants who inflicted heinous crimes against humanity and committed carnages while terrorizing all Sri Lankans for years, was gifted Rs 100, 000/= for start of self-income generating projects after their Presidential pardon from jail sentences, thanks to the kind patronage, given to the Army by Mr Vamadevan Thyagendran, a well-known social activist and a philanthropist who enthusiastically volunteered to support the project in close coordination with Major General Jagath Kodithuwakku, Commander, Security Forces – Jaffna. District Secretary for Jaffna Mr Kanapathi Pillai Maheshan was also among the invitees to the occasion.

After distribution of those financial incentives among those rehabilitated former combatants, General Shavendra Silva spoke to them and explained them the reasons that attributed to this precious project of exceptional nature. "You having joined one of the world's most ruthless terror outfits many moons ago willingly or through conscription were engaged in a killing spree, claiming hundreds of innocent lives and committing atrocities, such as bomb blasts, mass massacres, destruction of public property, murder of both Sinhala and your own Tamil leaders and intellectuals, etc since you were misled by meglomanic Prabhakaran and his so called " freedom fighters". Now, you know well the gravity of those dastardly criminal acts, vanity of bloodbaths and associated violent history, for which you were sentenced, although some of you would have fired at our soldiers of the Army, too during your terror drive, depriving them of their legs and limbs. We harbour no malice towards you."

"Therefore it is your turn now after this exceptional Presidential pardon to show the world that you have shunned violence and are ready to lead peaceful lives as law-abiding and respected citizens of this country as we all are human-beings, nurtured in valuable ethos of religions and cultures. We treat you as our own brothers and seriously want to give our maximum support for your rehabilitated livelihoods and progress by way of constructing even houses for you in future," General Shavendra Silva remarked.

Towards the end of the distribution of those cash incentives, General Shavendra Silva, expressing his deep appreciation and gratitude to the sole sponsor of the project presented a special memento to Mr Vamadevan Thyagendran, and took time off to freely share a few thoughts with those beneficiaries on their future plans, income-generating projects and well-being of their families, etc. Similarly, all beneficiaries took a keen interest in talking to the Commander of the Army after culmination of the simple event that adhered to strict health guidelines and safety measures.

Major General Jagath Kodituwakku, Commander, Security Forces-Jaffna adding memories to the Commander’s presence at the occasion also awarded a special memento to him as the proceedings drew to a close.

The day's Chief Guest on arrival at Palaly airbase was greeted to a saluting parade after Major General Jagath Kodituwakku - Commander, Security Forces-Jaffna warmly welcomed him. 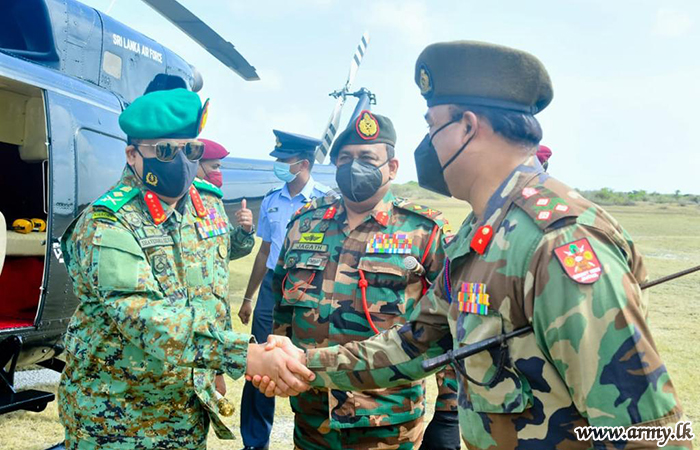 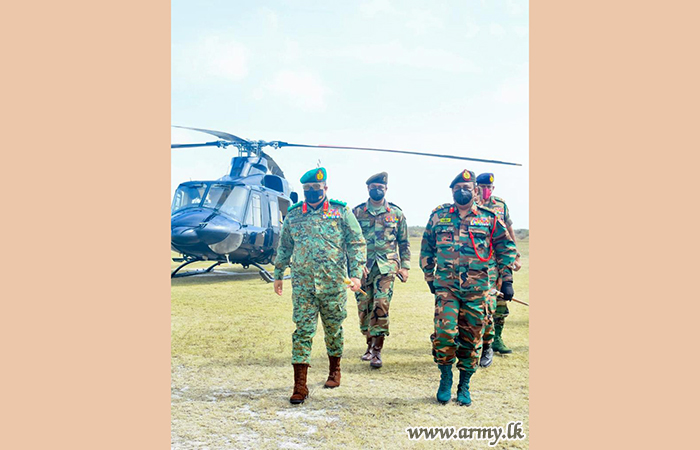 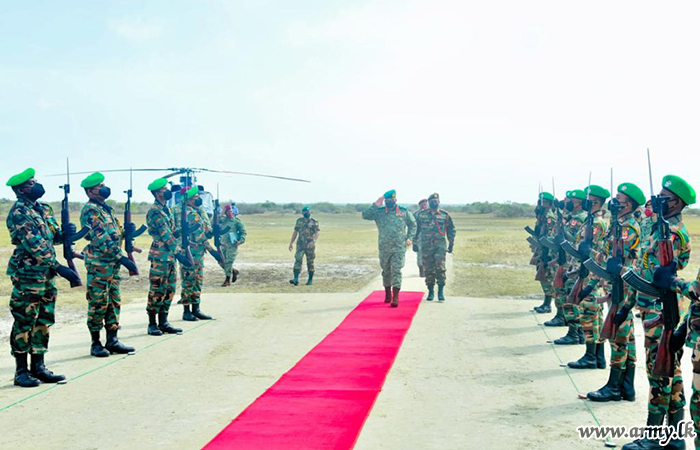 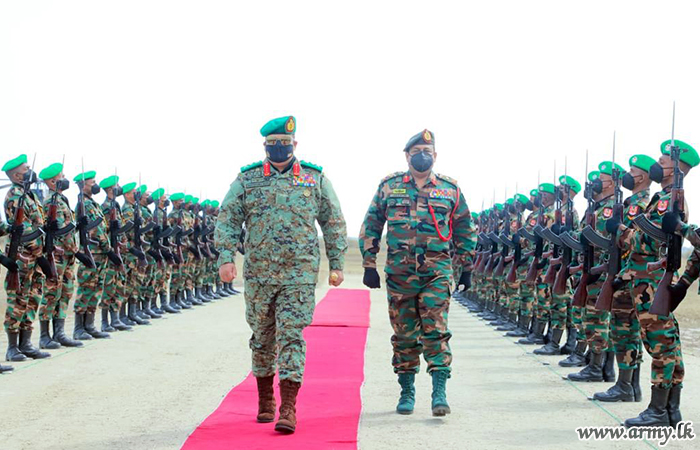 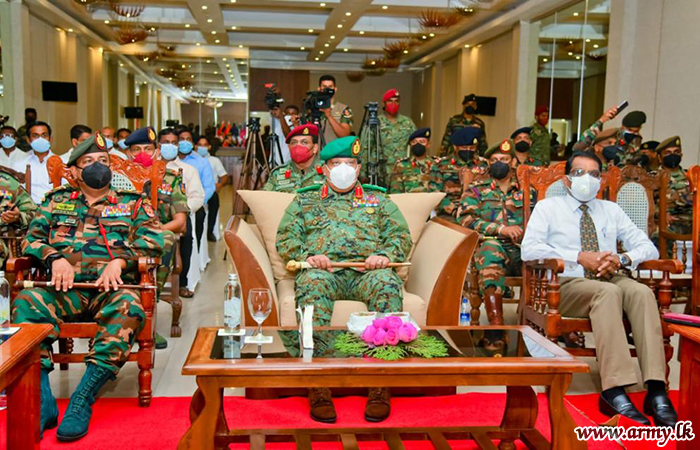 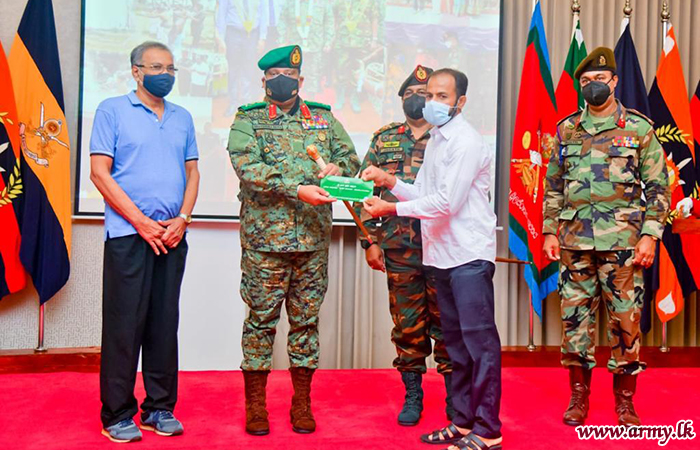 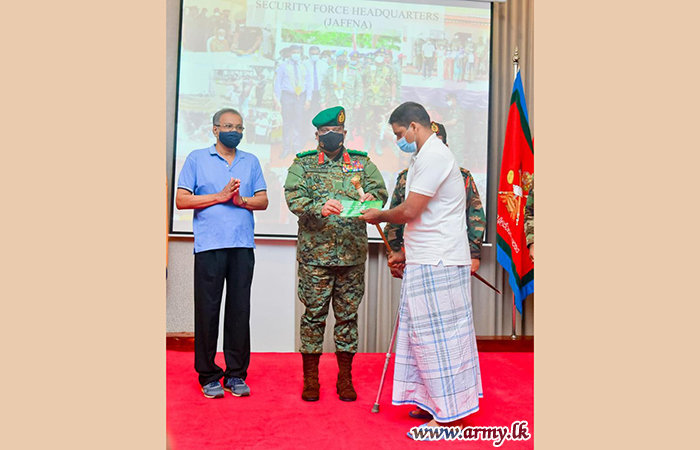 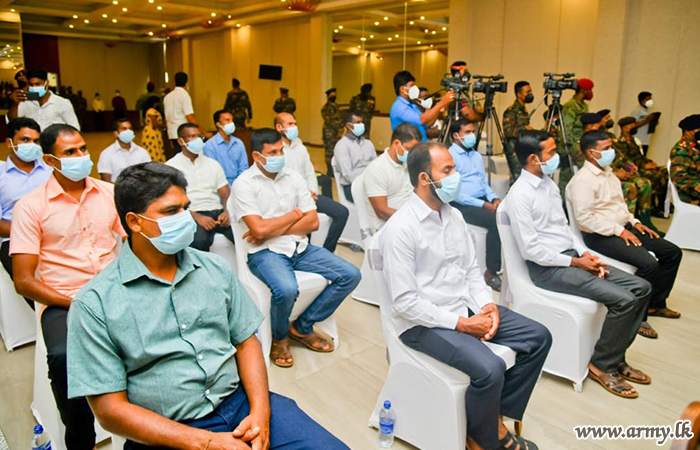 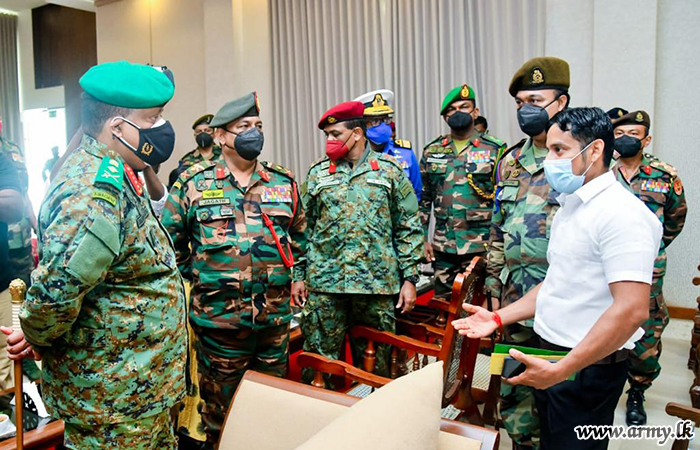 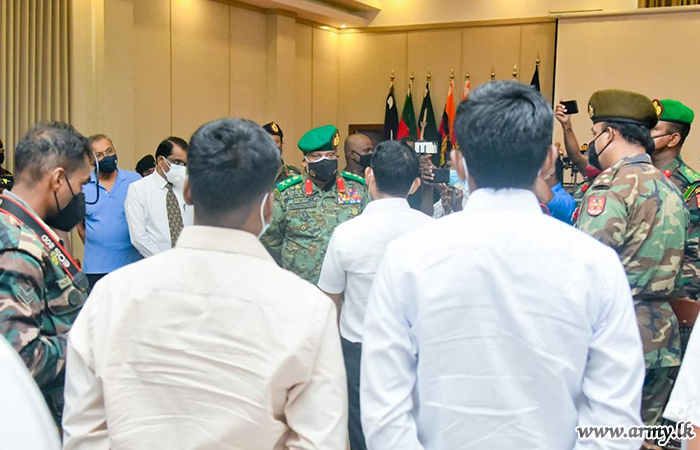 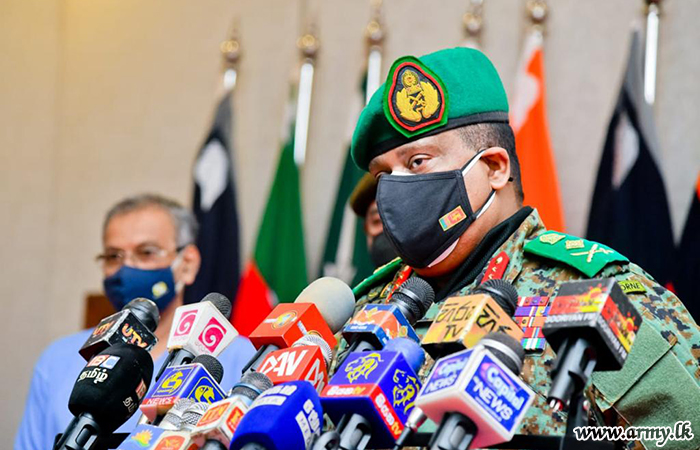