Inaugural launch of the Master of Science degree programme in Military Medicine at Sri Lanka College of Military Medicine (SLCMM) took place this morning (23) at the auditorium at Colombo Army Hospital in the presence of a distinguished gathering, headed by Secretary of Defence, Major General (Retd) Kamal Gunaratna as the Chief Guest.

SLCMM's academic sessions and degree programmes in Military Medicine were initiated recently on the guidelines given by the Chief of Defence Staff and Commander of the Army Lieutenant General Shavendra Silva to then Colonel Commandant of the Sri Lanka Army Medical Corps, Major General Sanjaya Munasinghe, presently the Secretary to Ministry of Health in consultation with the Ministry of Higher Education and the Ministry of Health.

Accordingly, all tri service Officers, qualified in the basic degree are capable of reading for the Masters in Military Medicine, if they so desire and it is to be conducted at the Post Graduate Institute of Medicine (PGIM) at the University of Colombo.

During the proceedings, a brief scientific and academic discussion followed among the scholars present, submitting different interpretations and other observations. Major General (Retd) Kamal Gunaratne also highlighted the importance of learning military medicine as a module in the career progression of officers during his brief address.

Lighting of the traditional oil lamp and the introduction of the programme by scholars signalled the launch of the Masters programme. 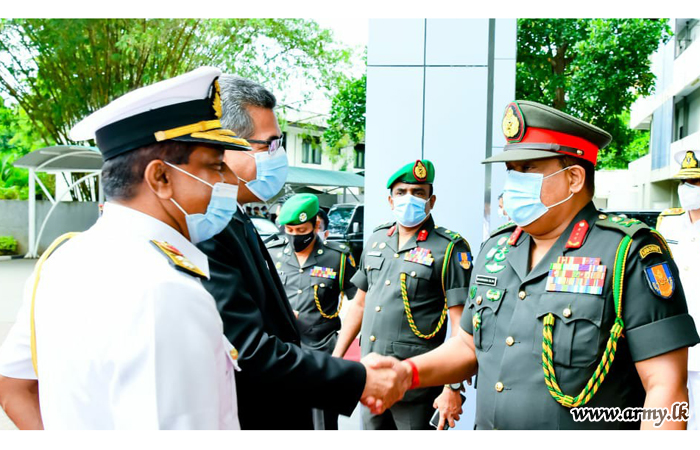 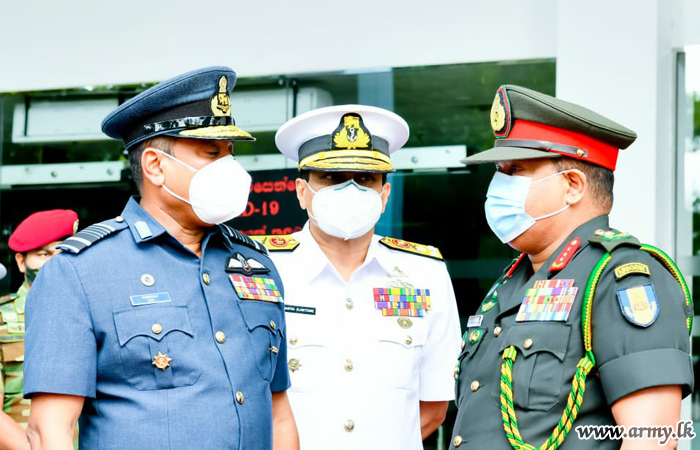 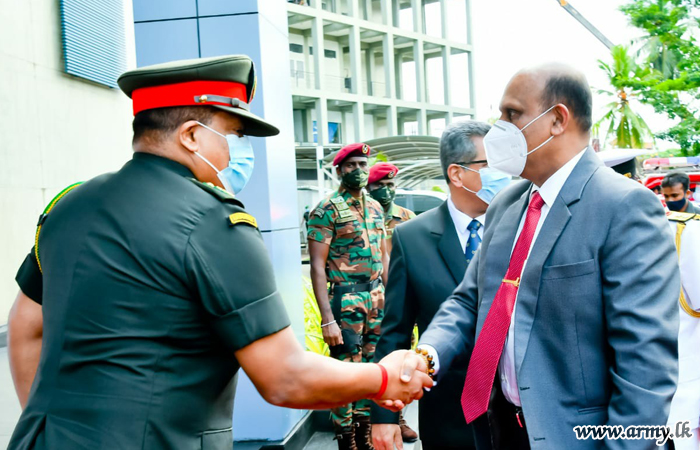 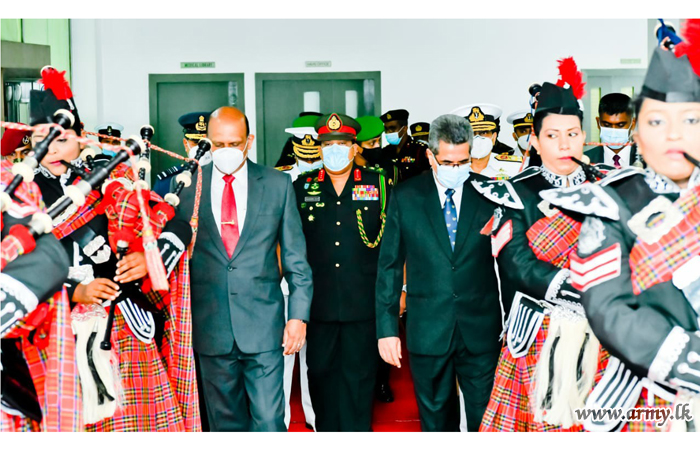 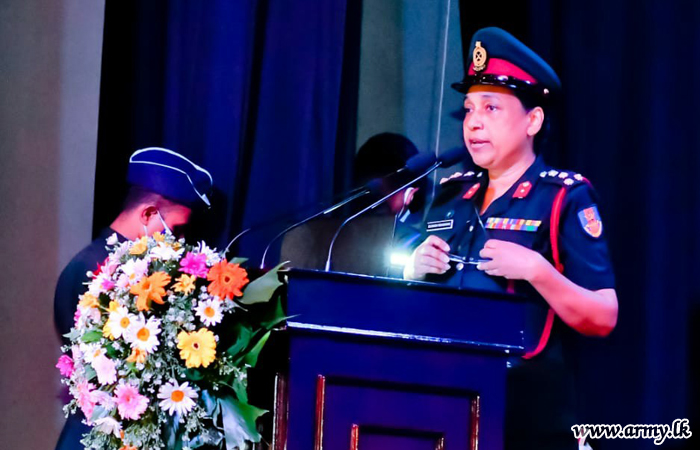 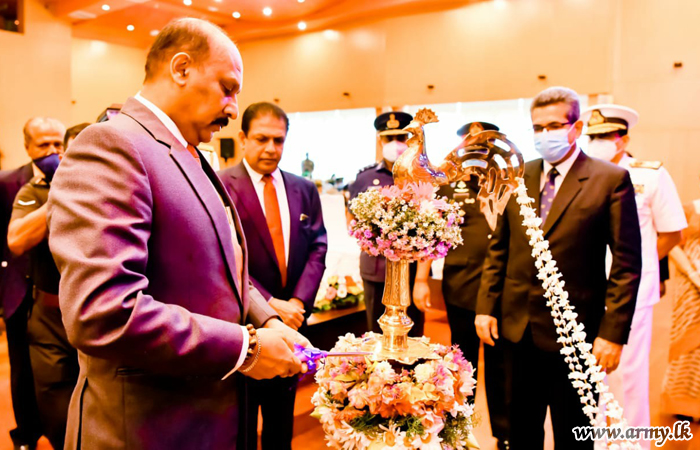 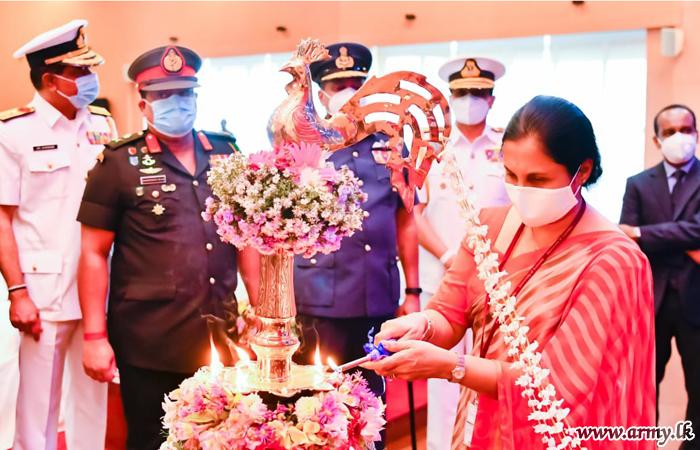 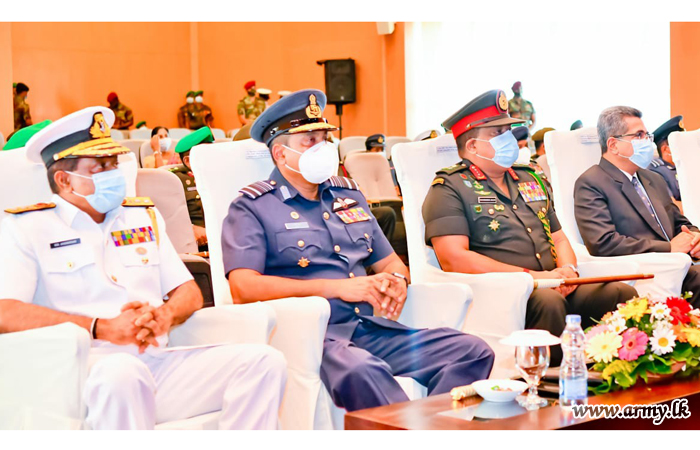 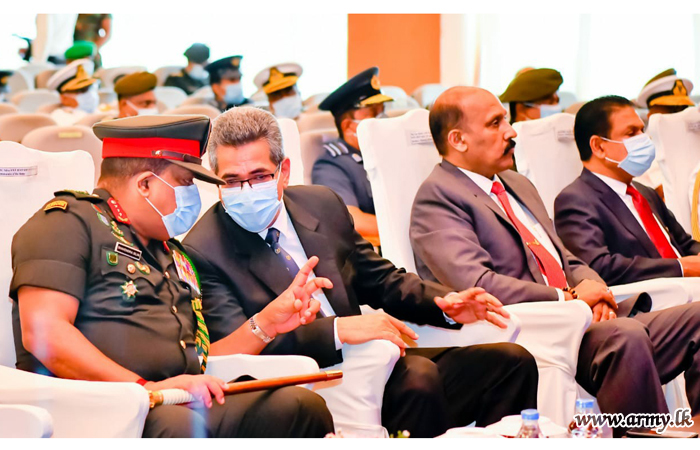 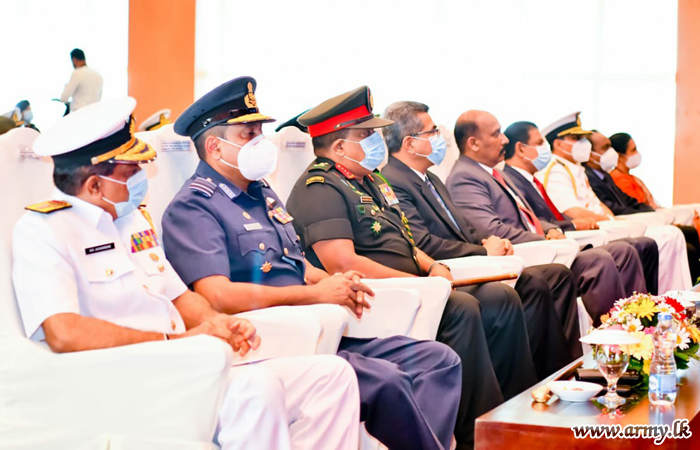 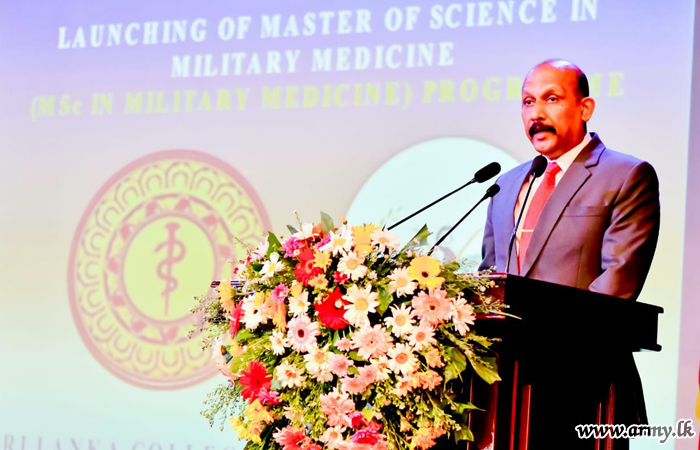