The first working day in the New Year-2021 at the Army HQ got to a brief festive start this morning (1) giving pride of place for Flag-raising, Commemoration of the memory of fallen War Heroes, Reading the oath of state allegiance and the Commander's customary address to All Ranks.

In the dramatic backdrop of fluttering National flags, Sri Lanka Army flag and Regimental flags, the day's ceremony commenced soon after the Commander of the Army, General Shavendra Silva arrived at the location, flanked by the Adjutant General and Senior Officers.

Seconds after his arrival, General Shavendra Silva and Major General Prabath Dematampitiya, Chief of Staff were invited to set off the day’s programme by hoisting the National flag and the Army flag respectively.

Singing of the National anthem and the Army Song by all those present at the venue afterwards set the stage ready to pay tribute to the memory of all fallen War Heroes with a two-minute silence. The day’s sequence reached its apex with the presentation of the State allegiance Oath by the Adjutant General of the Army HQ, Major General Sena Waduge.

Next was the much-awaited moment for the Commander’s brief address to the gathering. "It is with great pleasure I mention here that all of you in the previous year, just ended performed your duties in a convincing manner in the midst of the COVID threat. Your contributions for the safety of our Nation and your excellent performance of those duties, related to control of the epidemic is phenomenal and warrants commendation, none other than from Head of the State, HE the President himself who telephoned this morning (1) and wanted his greetings be conveyed. As we did in the past year, we all should resolve to extend much broader support for the progress of our Nation in this year, to be in line with the government's policy document, "Vistas of Splendour & Prosperity" of HE the President. Our Army, dedicated to the national security and development of the country should determine to perform their future challenges with greater responsibility in order to produce a well-disciplined, righteous and a just society, "he added. During his talk to the gathering, he also recalled sacrifices made by fallen War Heroes, injured War Heroes and those who contributed to the Humanitarian Operations before May 2009 and wished their families best of luck for the New Year. He also called upon all of them to sustain the good image the Army has earned to-date and pursue future roles with highest standards of professionalism and discipline. (See video below).

All Senior Officers including Deputy Chief of Staff, Officers and Other Ranks serving the Army HQ were present during the brief ceremony. 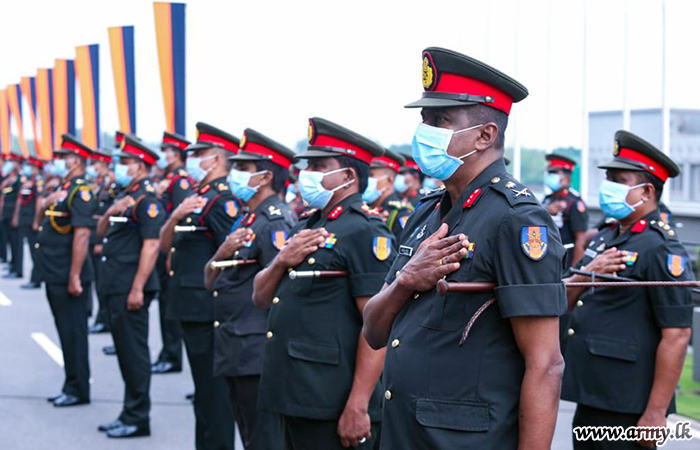 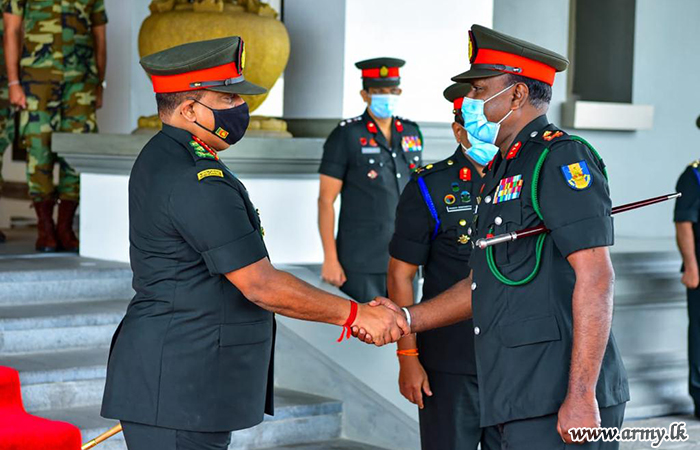 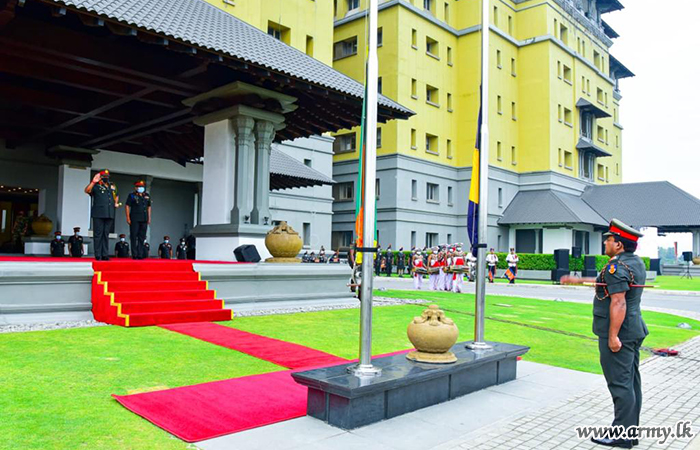 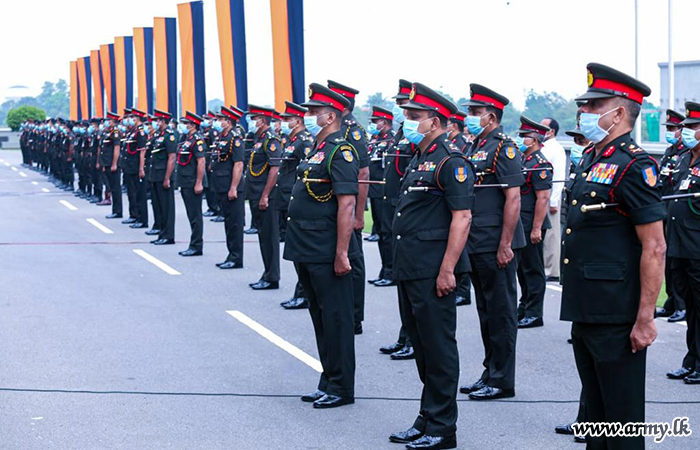 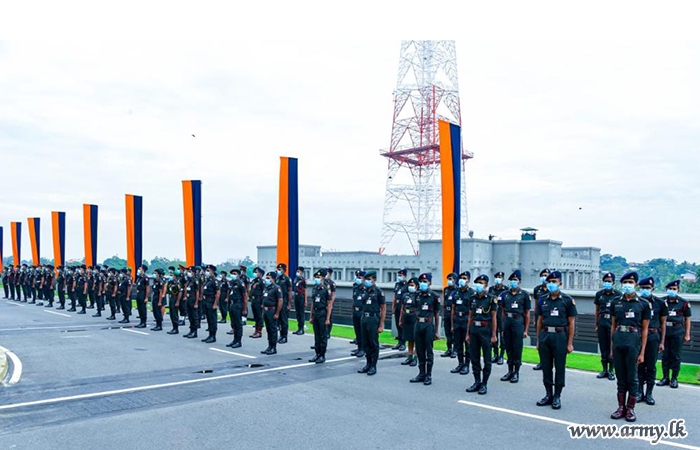 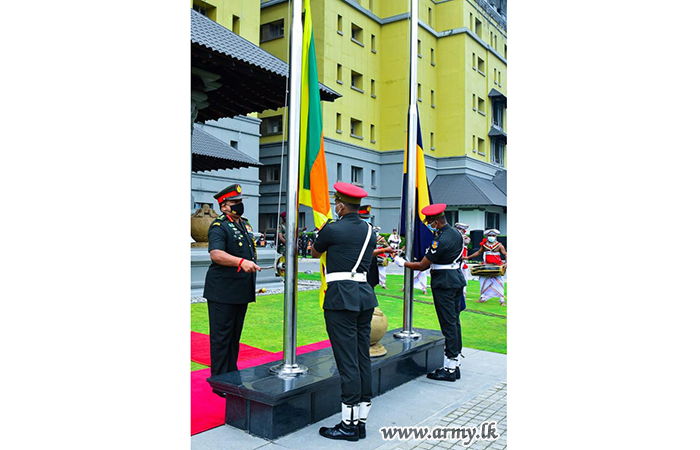 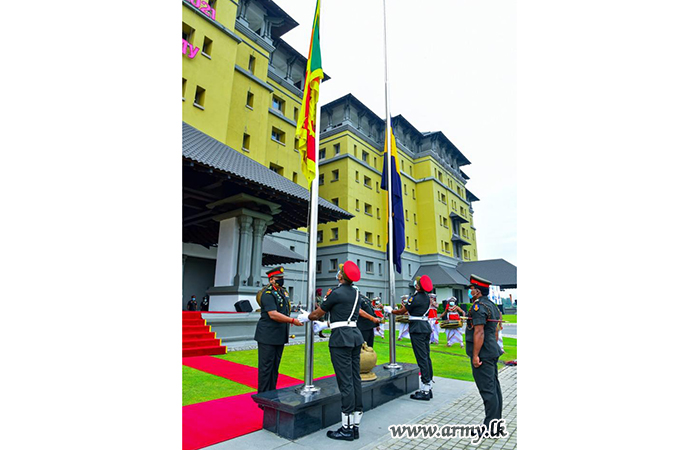 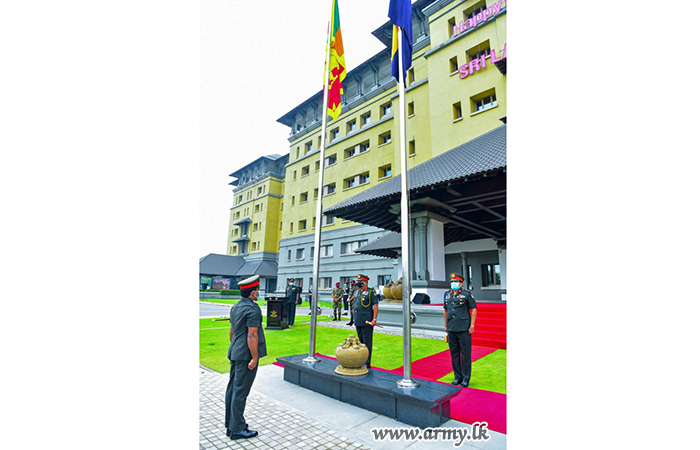 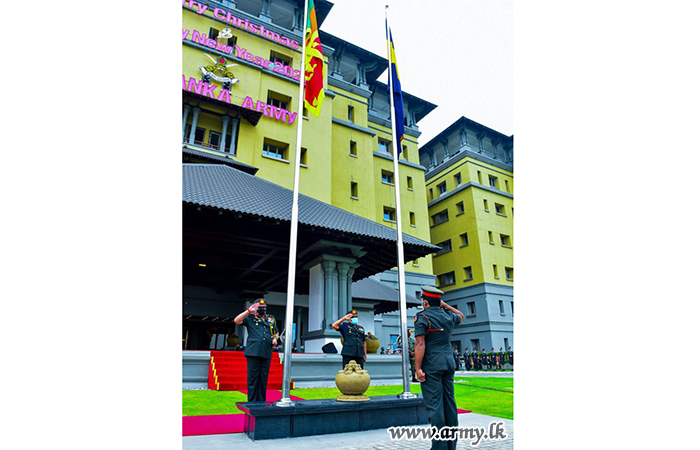 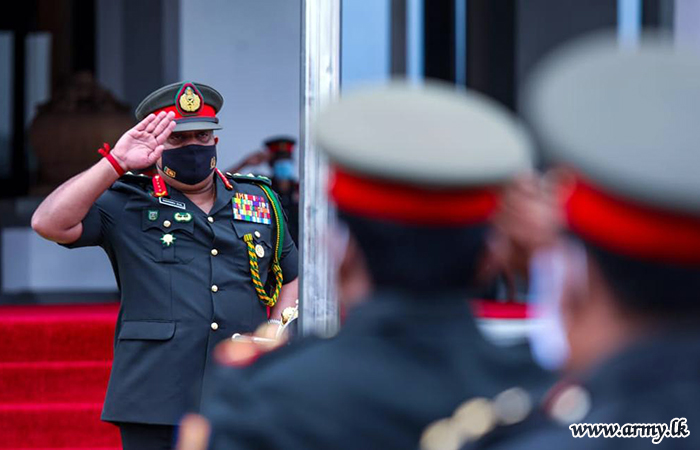 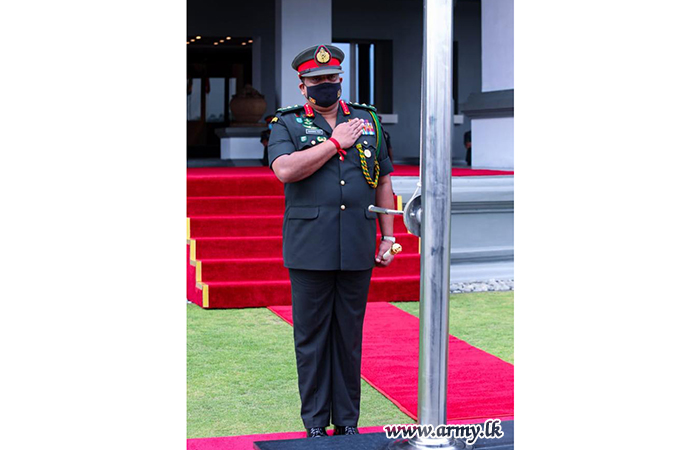 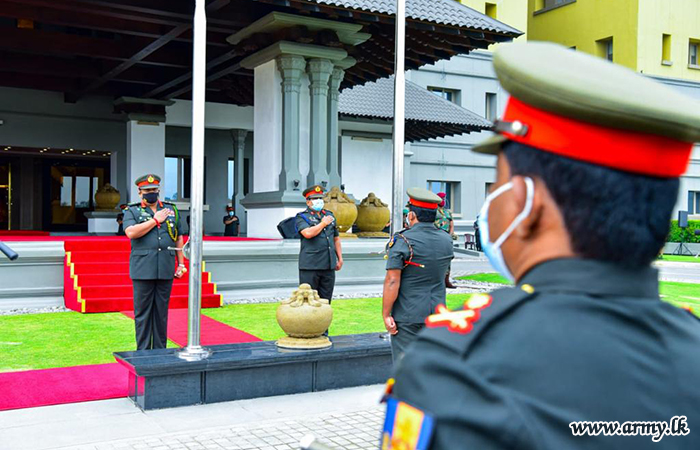 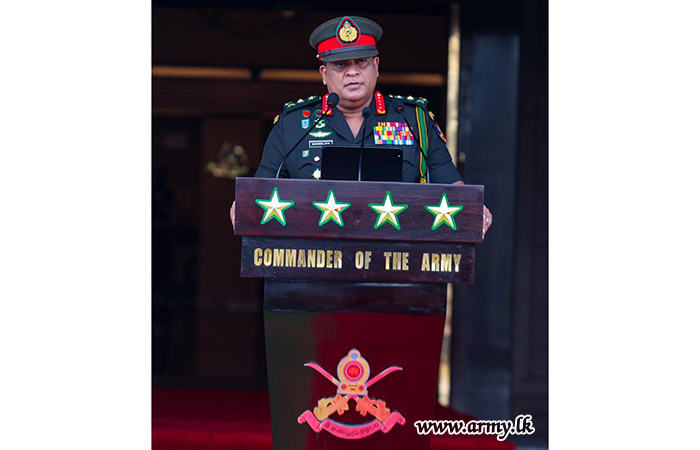 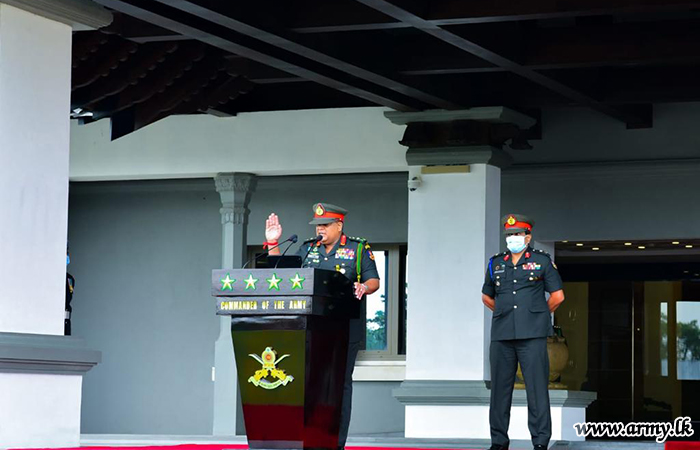 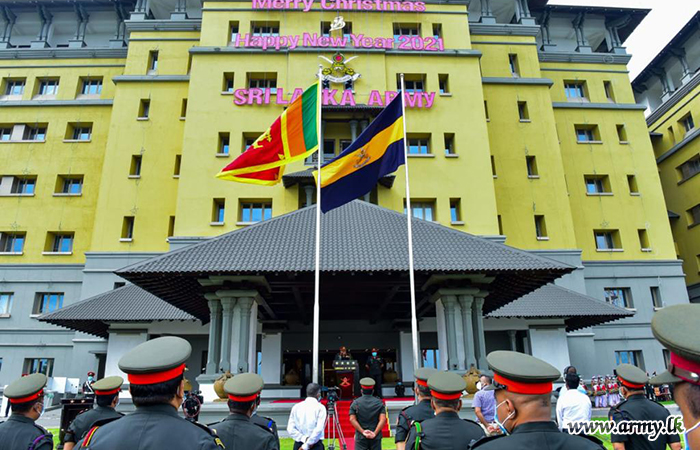 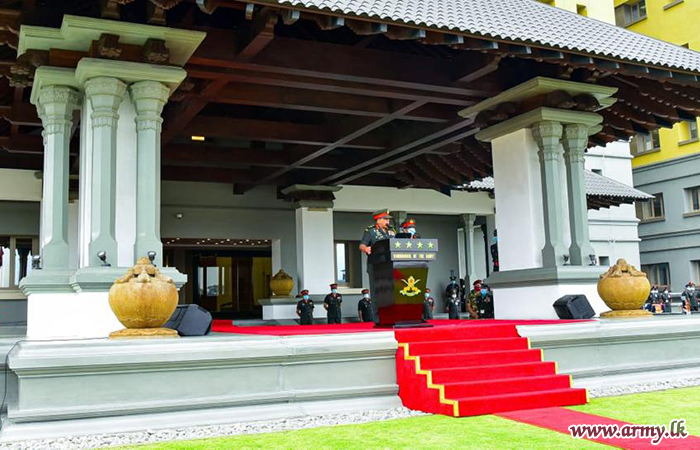