The recently-raised Drone Regiment of 15 Sri Lanka Artillery of the Army, together with emergency assistance teams of the Army, Navy and Air Force troops are still engaged in dousing a fast spreading fire in the Kerawalapitiya garbage dumping site after it broke out last afternoon (18) at about 5.30 pm.

No sooner than the Disaster Management Centre (DMC) turned to the Armed Forces for emergency help, Chief of Defence Staff and Commander of the Army, General Shavendra Silva directed assistance teams of sister services and Major General Wasantha Abrew, Commander, Security Forces-West to immediately rush to the scene and take necessary measures to control it. Accordingly, in order to obtain live and timely footages, Drone teams of the Army and a Bell 412 Helicopter of the Air Force, equipped with a Bambi bucket jumped into action as other Army and Navy troops began fighting the blaze.

Troops of the 6 Gemunu Watch, 8 Sri Lanka Light Infantry and 1 Sri Lanka Armoured Corps on the guidelines given by their Commanding Officers, together with emergency teams of the Navy and Air Force since last evening (18) were fighting against raging fire until small hours on Friday (19) and managed to bring it under control at twilight although blowing winds had the tendency to re-ignite the flames due to Methane gas emitting from inside the garbage pile.

By about 8.00 this morning (19), troops brought the spread of the fire completely under control while attending to vulnerable points, still emitting smoke. At about 10.00 am, those Army troops of the 141 Brigade under the supervision of the General Officer Commanding of the 14 Division reached the location with their heavy machinery and bulldozers in order to flatten out uneven garbage heaps to avoid any recurrence. No damages to property or civilians were caused. 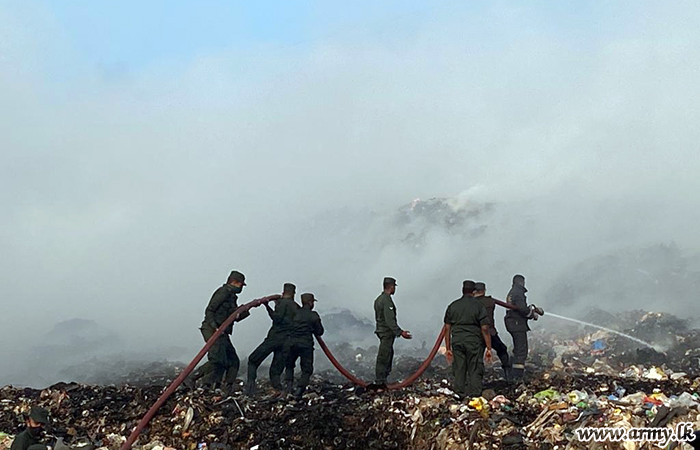 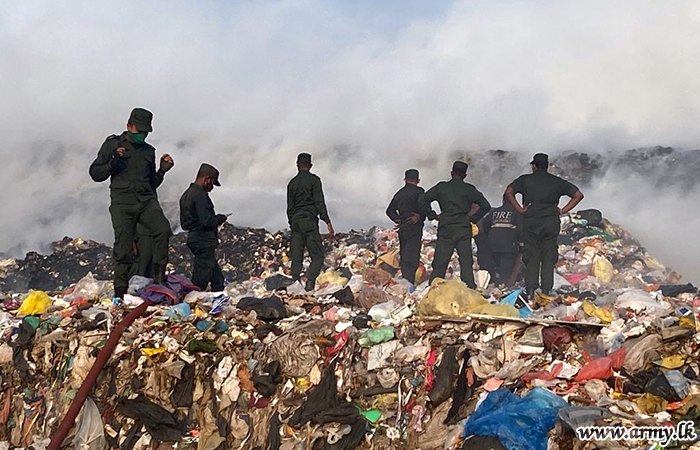 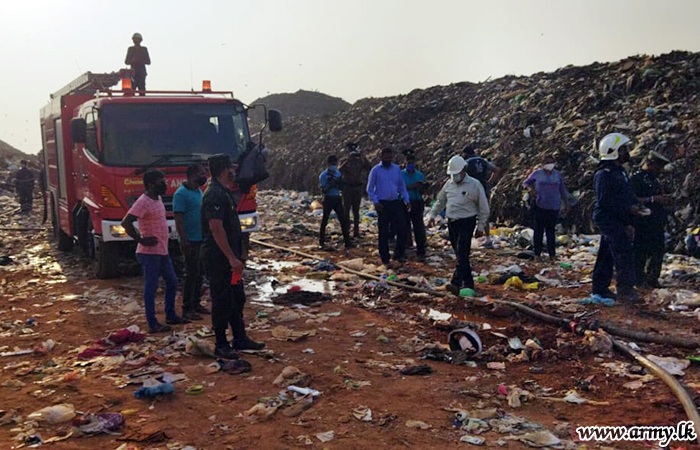 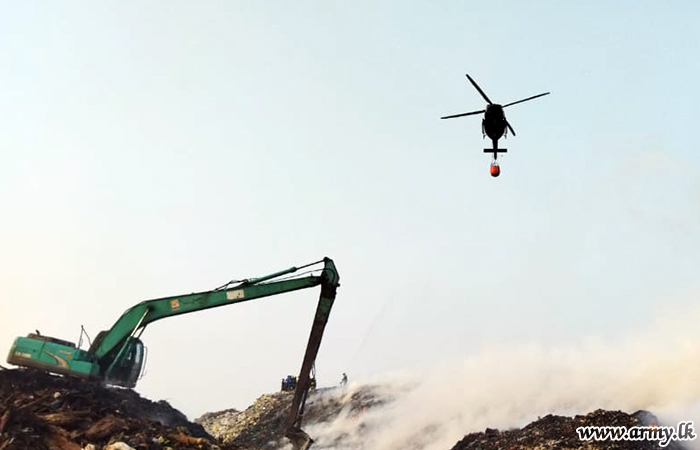 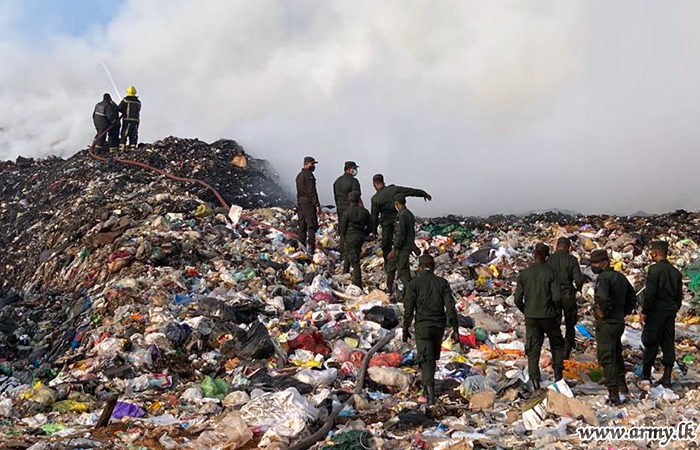 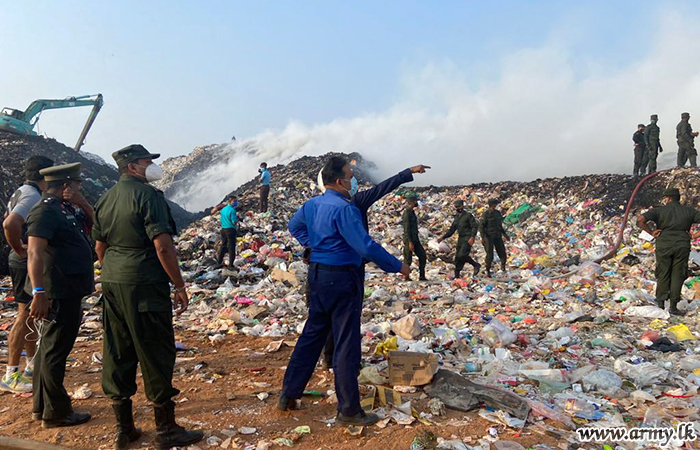 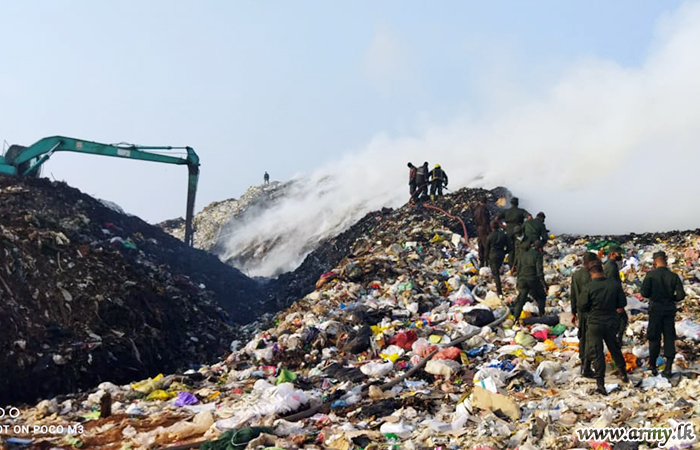 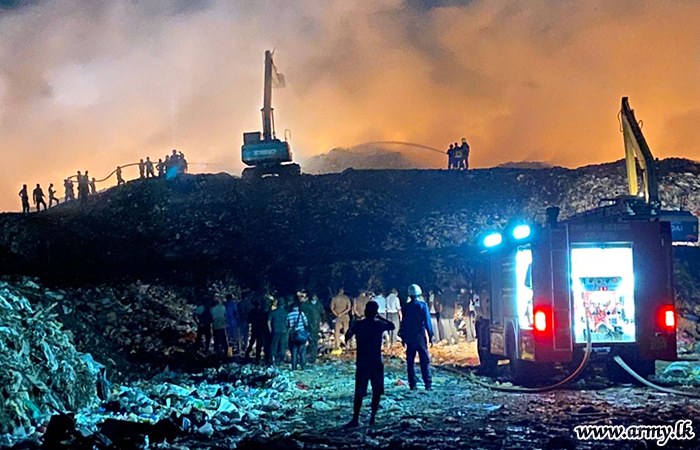