All stakeholders, involved in the meticulously-devised and speedily-implemented preventive mechanism that went into action with evacuation of Sri Lankans from China against contamination of deadly Covid-19 (Coronavirus), thanks to the timely intervention of HE the President Gotabaya Rajapaksa, Ministry of Defence and Ministry of Health, won ample kudos this afternoon (14) when the whole group of 150 contributors to the life-threatening project were invited to the Army HQ at Sri Jayewardenepura by the acting Chief of Defence Staff and Commander of the Army Lieutenant General Shavendra Silva.

On behalf of HE the President Gotabaya Rajapaksa, Commander-In-Chief of the Armed Forces and the brainchild behind the whole mission, Lieutenant General Shavendra Silva, acting Chief of Defence Staff and Commander of the Army welcomed all of them to the Army Headquarters and extended His Excellency’s greetings and appreciative sentiments to the entire group during the reception arrangement at the Army Headquarters.

“Due to the visionary approach of HE the President Gotabaya Rajapaksa, Sri Lanka took a bold decision to rescue our Sri Lankans well in time before many other nations came to rescue their citizens from the virus-affected Wuhan province in China. It is also worthwhile to mention here that HE the President, compared to most other nations in the region, acted fast and rescued those who remained stranded earlier than anybody else in the region too. This is an act that should be a matter of pride for us as a nation because those brave and correct decisions of the government that followed afterwards saved the day.”

“In the meantime, Sri Lanka Army, Sri Lankan Airlines and Sri Lanka Air Force, well prepared to take on the challenge attended to the preparatory arrangements in advance. and hey should also be praised for their efforts at this occasion.”

“It is also worthwhile to remember that the aircraft carrying all of you to Sri Lanka was not permitted to land on its way into any of the airports en route. The Sri Lankan Airlines crew, dressed in special protective clothes took all necessary steps to take you back with necessary precautionary measures, a matter that should also be commended. This collective notion of being a Sri Lankan surfaced in a more stronger manner than never before. Similarly, Air Force personnel on your arrival at Mattala quarantined at the initial stage and did a good job.”

“Around the same time, the Sri Lanka Army’s Chemical Biological Radiology and Nuclear (CBRN) squadron and the Army medical teams with experts jumped into action and performed their national commitments. The challenge of constructing a quarantined hospital inside the Diyatalawa Army Base Hospital premises was readily undertaken by the Army and it was completed within 72 hours when China took 6 days for similar constructions.. This operation is a testimony to the excellent statecraft that we have in our country under the leadership of HE the President,” Lieutenant General Shavendra Silva said.

The acting Chief of Defence Staff and Commander of the Army, Lieutenant General Shavendra Silva in a brief oratory to the gathering hailed all of them as real patriotic heroes of our times who shouldered a herculean task unhesitatingly, irrespective of life-threatening risks, posed to their own lives.

The presence of all 33 Army-quarantined Sri Lankans, including four children at Diyatalawa Army Base Hospital who are now bound home after their terrible ordeal both in China and also upon arrival in Sri Lanka added a significant and historic leaf to the annals of the Army’s fearless contribution to its Nation, a deviation from their most entrusted traditional security roles.

All of them on arrival were welcomed by Major General Chula Abeynayake, Adjutant General and Brigadier Priyantha Pilapitiya, Director Personnel Administration at the Army Headquarters and taken to the venue where the acting Chief of Defence Staff & Commander of the Army, Mr Ravinath Ariyasinghe and Admiral (Retd) Prof Jayanath Colambage chaired the cordial meet at the AHQ that took the form of a mini felicitation ceremony.

The brief ceremony for appreciation culminated with refreshments.

The emergence of yet another outbreak of viral disease that has caused immense panic across the globe, including Sri Lanka was efficiently and timely addressed by the government of Sri Lanka, much faster than many other nations with Sri Lanka’s sustained preparedness, for which the Army threw its full weight behind by erecting quarantine wards within a matter of 72 hours in Diyatalawa.

On Thursday (13), Lieutenant General Shavendra Silva thanked all Army personnel who contributed to the construction of those two special wards by awarding Certificates of Appreciation after inviting them to the AHQ. (See separate story on this page)

To be in line with the government’s speedy preventive measures as directed by HE the President and Commander-in-Chief of the Armed Forces, together with authorities in the Health Ministry and the Ministry of Defence, the Army’s 17 Corps Engineer Service Regiment troops of the Security Force Headquarters - Central (SFHQ-Cen) with all other troops in close consultation with the acting Chief of Defence Staff and Commander of the Army, completed the erection of those two new quarantine buildings by Friday (31) evening.

Those 32 rooms in both sealed new dormitories, each 100 ft long and 20 ft wide were furnished with basic needs, and equipped with medical tools, Wi-Fi communication facilities, thermometers and suit to medically sound quarantine purposes by keeping each occupant for an incubation period of two weeks, coupled with Personal Protective Equipment (PPE).

The Sri Lanka Army, giving due privacy and confidentiality to this quarantine process, meant for a set of our own sons and daughters of this country learning in China while adhering to highest ethical conduct of the medical profession, urged all Sri Lankans to cooperate with medical and other state authorities to completely arrest any further spread of this deadly virus and honour the highest degree of confidentiality in this public exercise.

The planned entire public health exercise, implemented under the guidance of Colonel (Dr) Savin Gamage, Deputy Director, Preventive Medicine & Mental Health Services of the Colombo Army Hospital on the guidelines given by Major General Sanjeewa Munasinghe, Director General of Army Health Services, was manned by the Officer Commanding at Diyatalawa Army Base Hospital and a team of exclusively combined Medical Officers.

In addition, SFHQ-Cen under the supervision of Major General Laksiri Waduge, Commander, Security Forces - Central, troops renovated three more buildings in the Diyatalawa Army Base Hospital premises for the same purpose in case of any emergency or requirement. 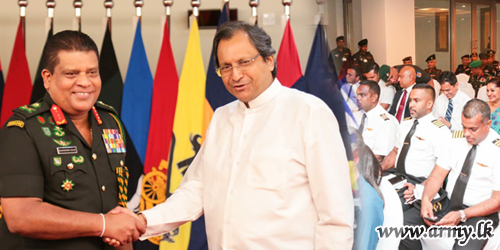 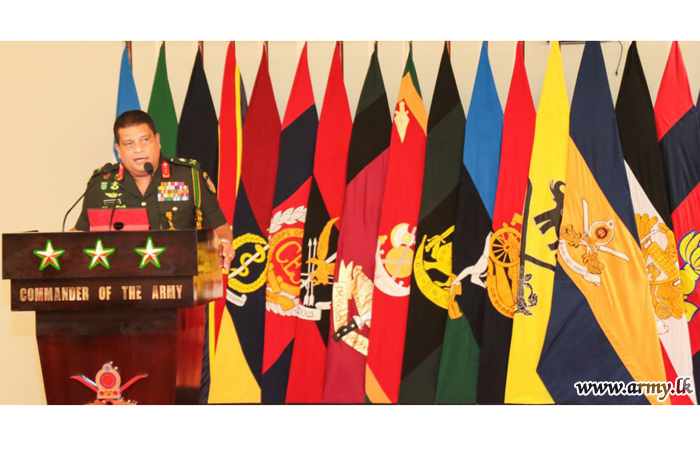 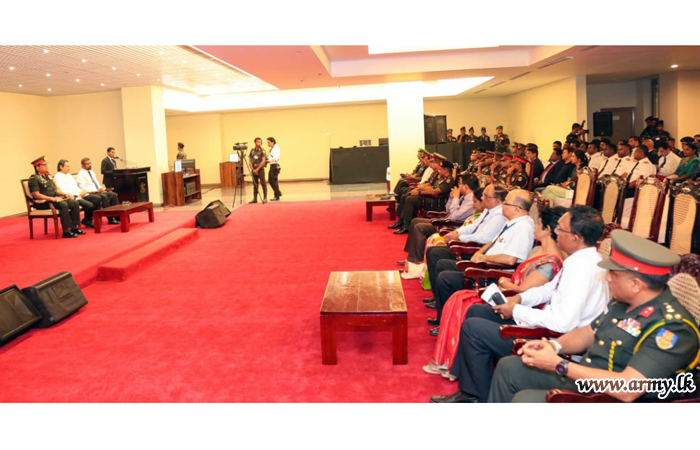 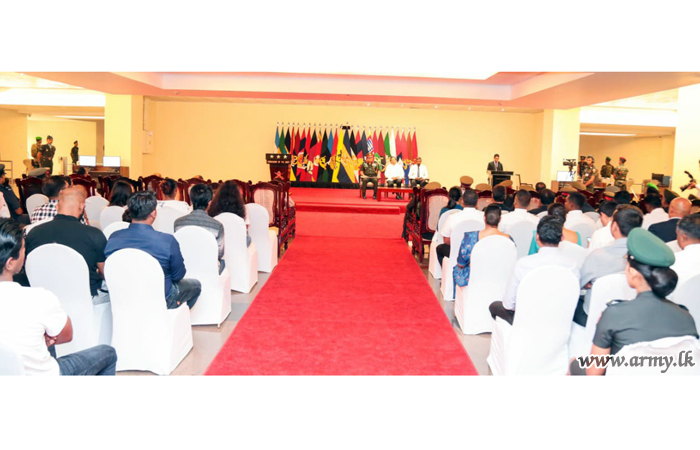 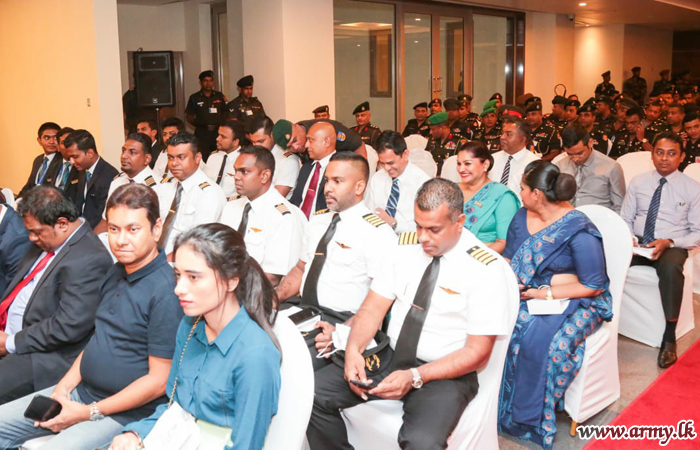 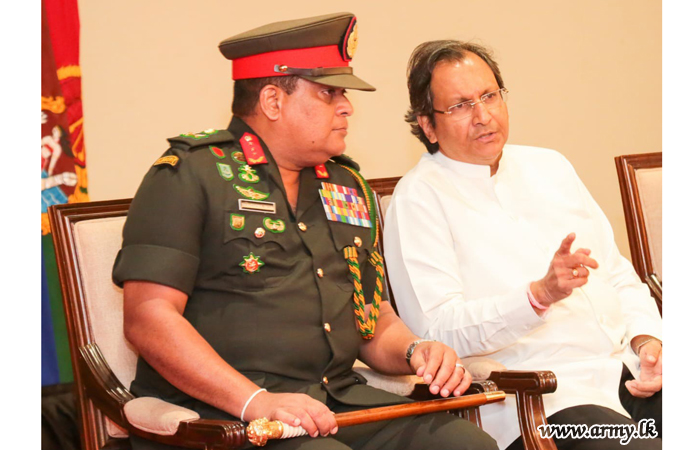 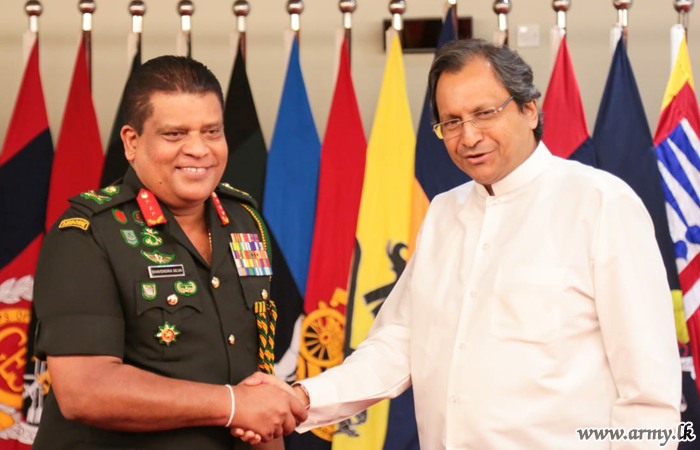 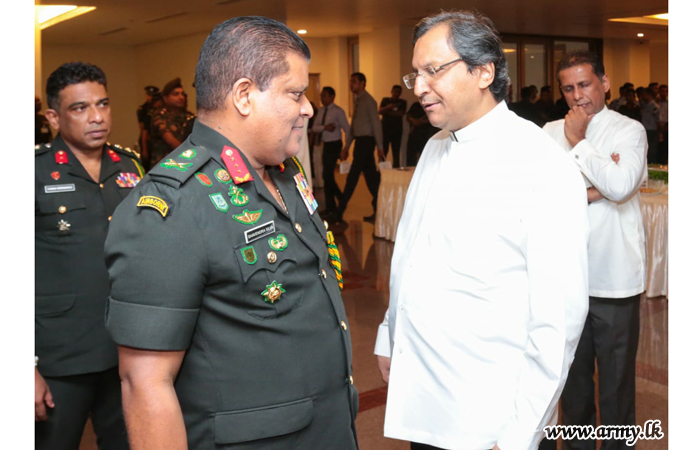 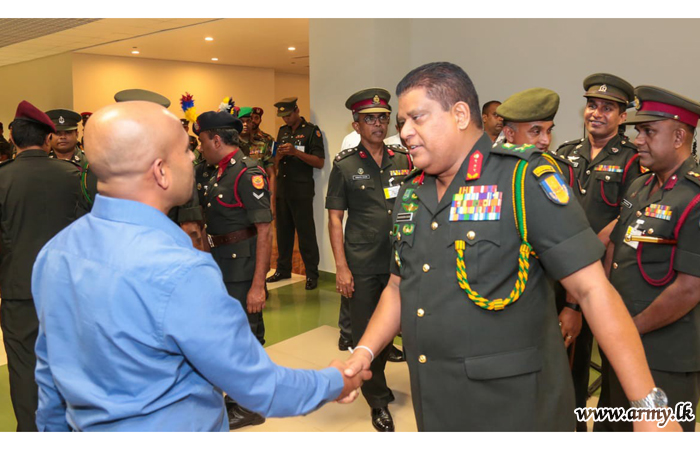 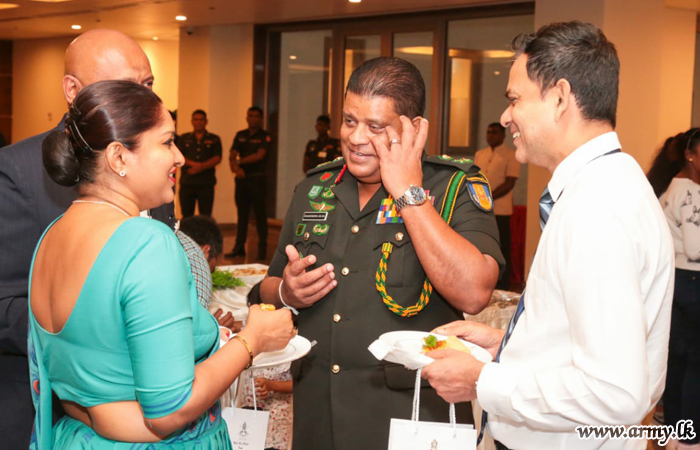 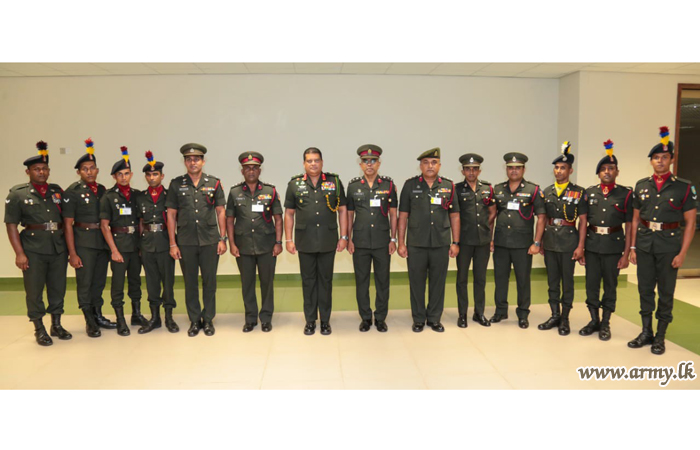