Intending to promote living standards of low-income group families in Mulankavil areas, an initiative was launched by 661 Brigade troops on Monday (19) to introduce the novel self-employment practice of producing bee honey, thanks to the patronage given by Rev. Father Felix Mallawarachchi of Colombo to the Army.

The project saw Bee Colony boxes distributed among 15 low-income group families in Pooneryn area during a brief ceremony that coincided with the formal visit of Major General Amal Karunasekara, Commander, Security Forces - Kilinochchi to the 66 Division Headquarters on the same day.

Rev. Father Mallawarachchi sponsored the production of those Bee Colony boxes that were distributed with the coordination of Colonel Kithsiri Ekanayake, Commander, 661 Brigade who was behind the initiation of the project. 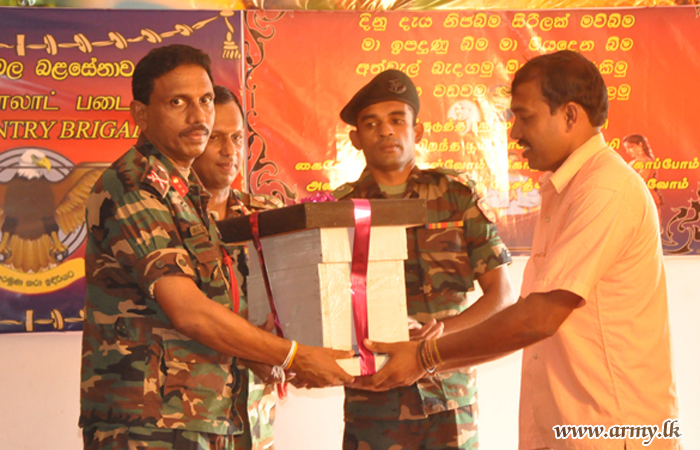 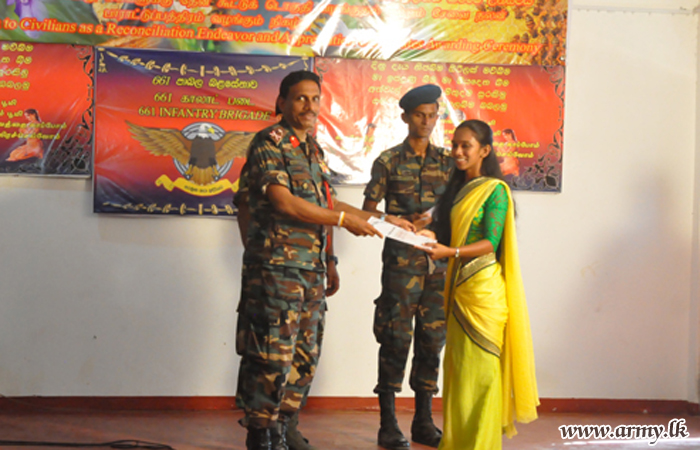 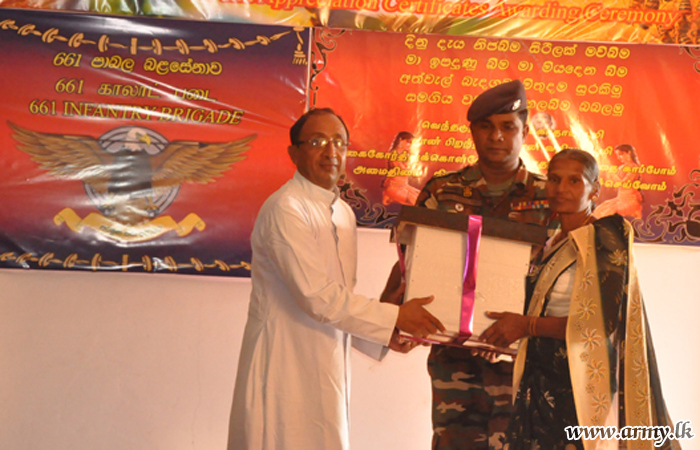 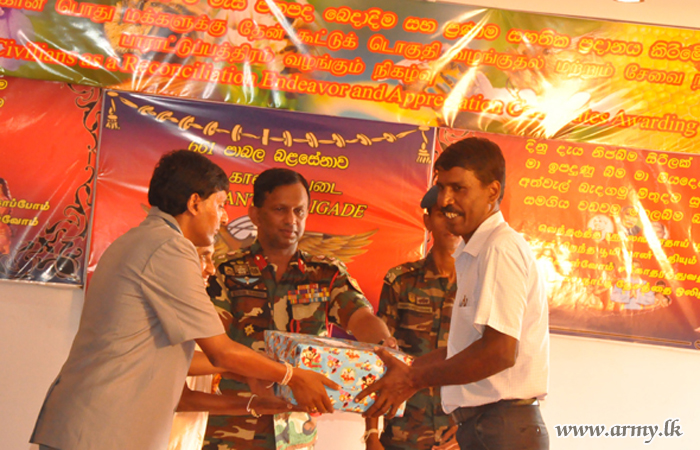