The Sri Lanka Army’s Directorate of Agriculture and Livestock, in another very promising nation-building project that goes hand in hand with the government’s ‘Saubhagyaye Dekma’ (vistas of prosperity) policy statement and also the Army Chief’s ‘Thuru Mithuru - Nawa Ratak’ cultivation and beautification project, succeeded in producing dry chillies in a land extent of 200 acres in Kandakadu, Menik Farm (Vavuniya) and Andiyapuliyankulam Army farmlands.

State Ministry for Development of Minor Crops, including Sugarcane, Maize, Cashew, Pepper, Cinnamon, Cloves, Betel Related Industries and Export Promotion, allocated a sum of Rs 79 m to the Army for acquisition of necessary land, seeds and saplings, manure and preparation of crop beds for cultivation of chillies in March last year, prompting the Directorate of Agriculture and Livestock to commence the project immediately on the instructions of General Shavendra Silva, Chief of Defence Staff and Commander of the Army.

On Tuesday (13), the first harvest of 1 metric ton of chillies was symbolically presented to the sponsors of the project. Hon. Janaka Wakkumbura, State Minister of Development of Minor Crops including Sugarcane, Maize, Cashew, Pepper, Cinnamon, Cloves, Betel Related Industries and Export Promotion symbolically at the rate of Rs 300 per kg after inviting the Minister to the Andiyapuliyankulam Army farm by Brigadier Arosh Rajapaksha, Director, Directorate of Agriculture & Livestock.

The dry chilli stocks thus produced by the Army-run 50-acre Andiyapuliyankulam farmland on the Medawachchiya - Mannar road are to be sold accordingly to the State Corporation for Spices for distribution among the public through ‘Sathosa’ and Cooperative agencies.

Currently, the Army has taken to chilli cultivation in Kandakadu (100 acres), Manik Farm (50 acres) and Andiyankulam (50 acres) farmlands and the Directorate of Agriculture and Livestock expects to collect the harvests in other farms too shortly.

Hon State Minister, State Ministry Officials, Brigadier Arosh Rajapaksha, Director, Directorate of Agriculture & Livestock and a group of Officers and Other Ranks were present during the formal purchasing ceremony. 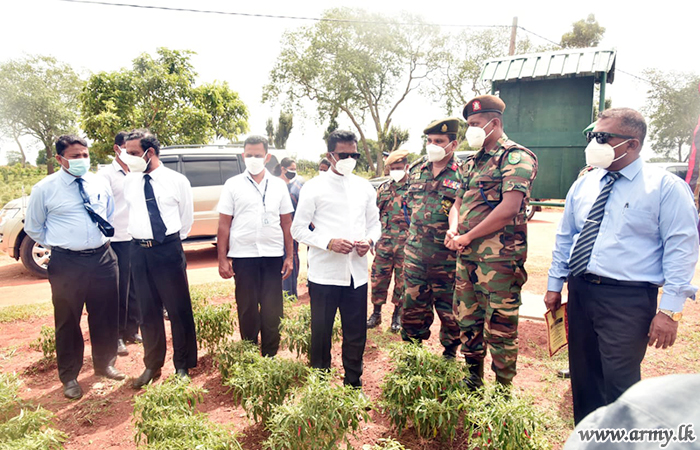 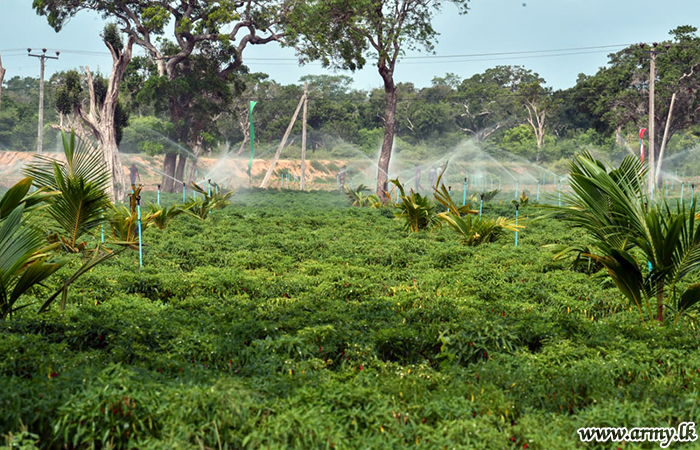 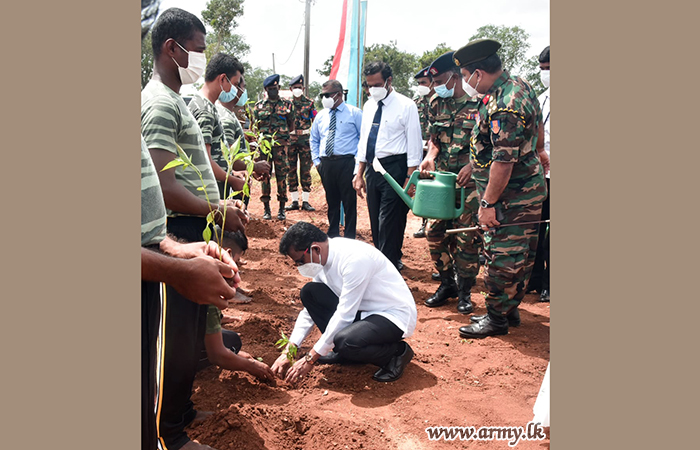 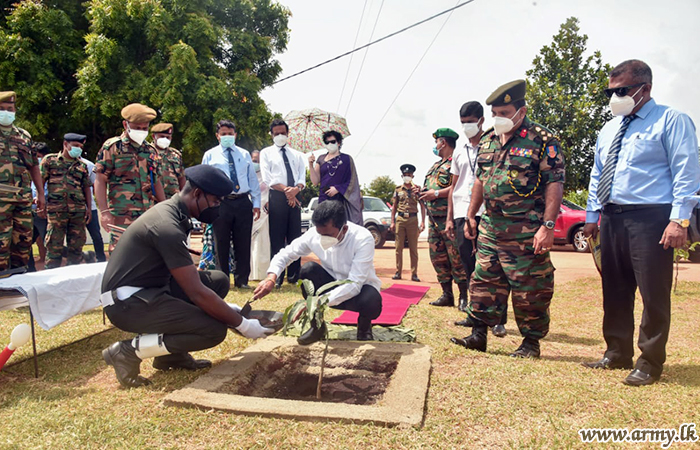 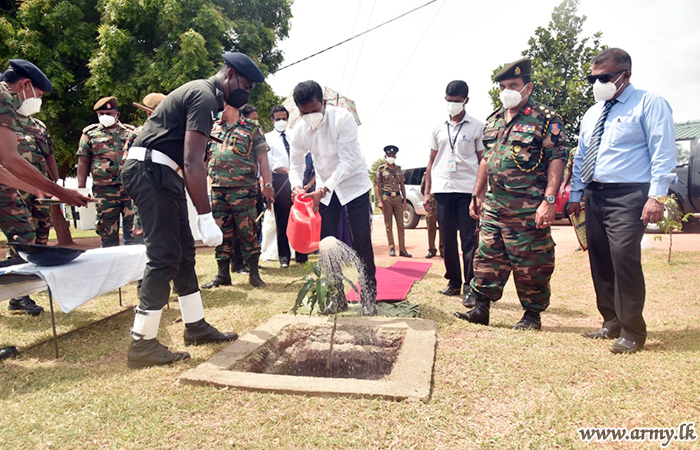 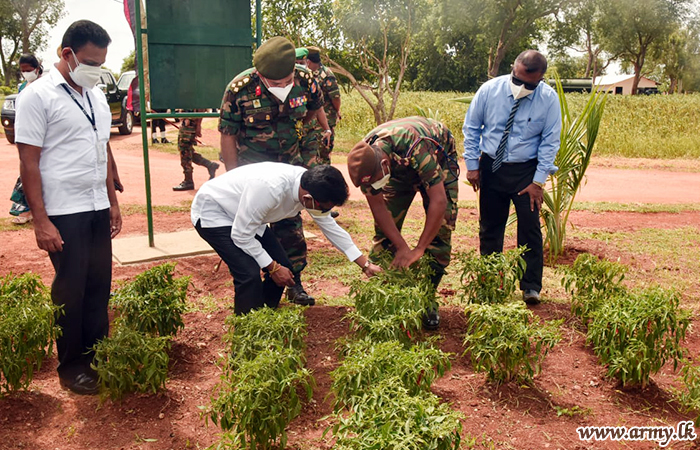 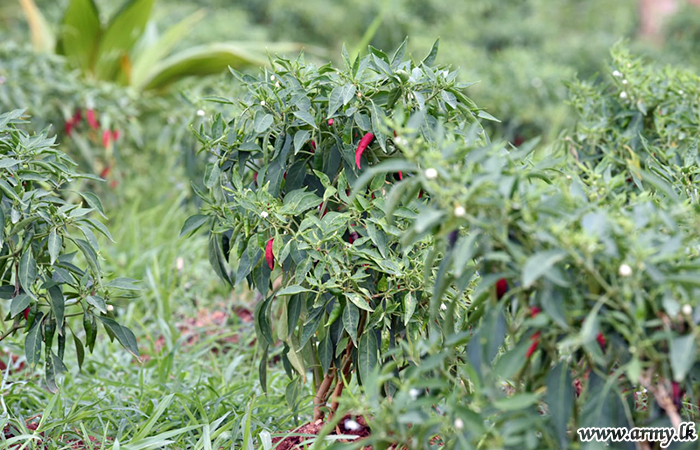 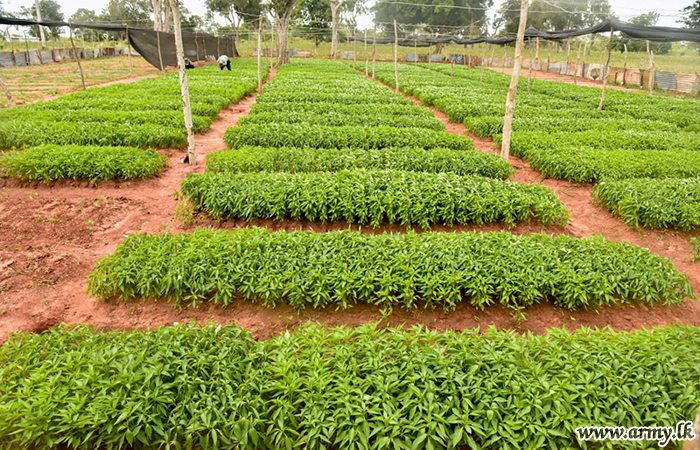 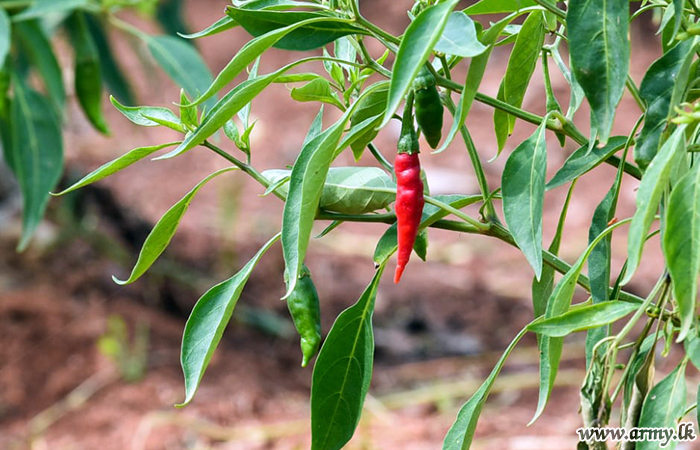 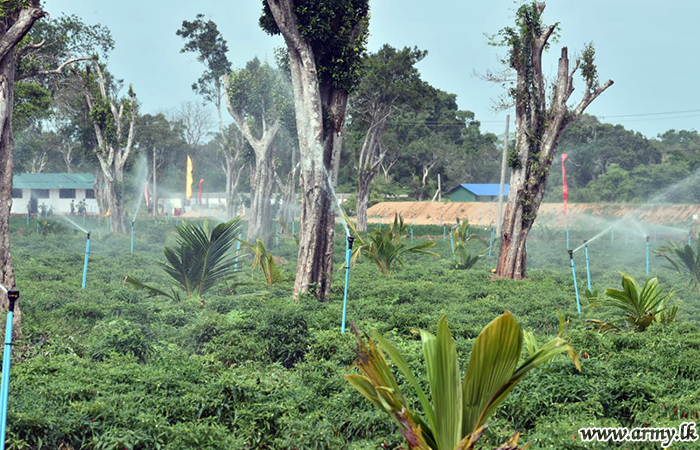 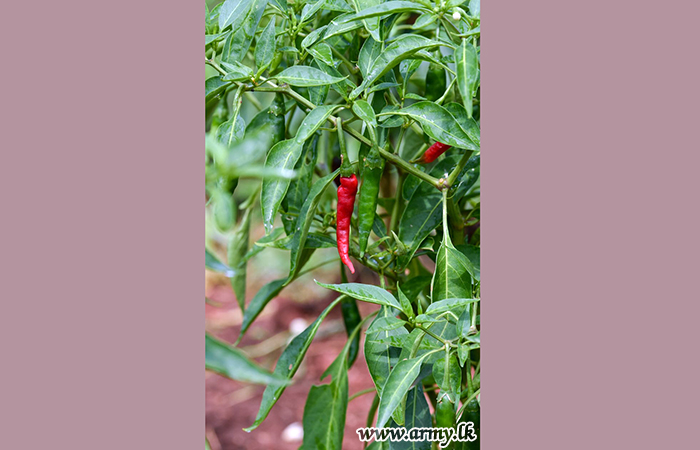 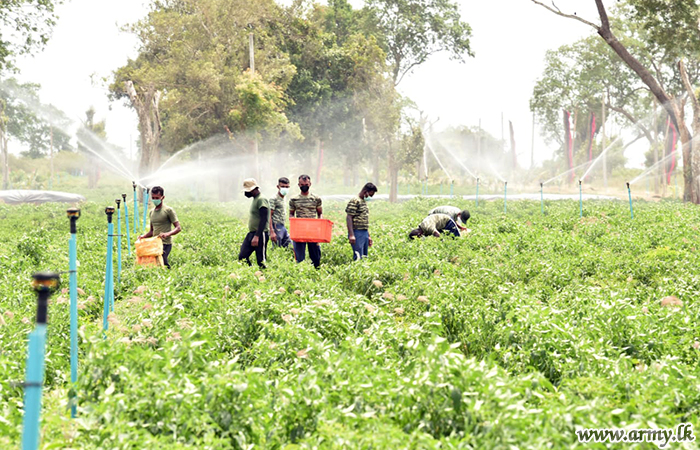 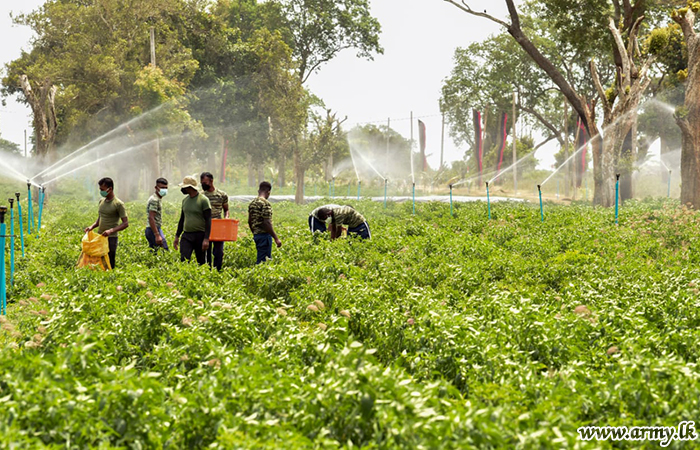 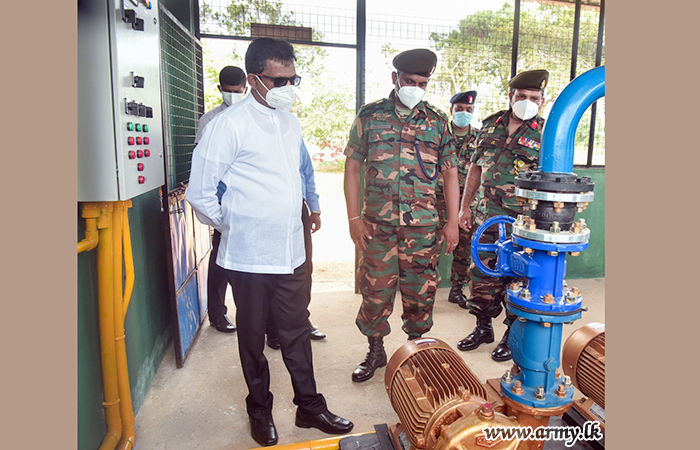