General Officer Commanding 55 Division, Brigadier Sampath Kotuwegoda on being informed of the desperate need of a wheelchair to a physically-handicapped civilian in the general area of his Division in Jaffna took measures to get him a new wheelchair with the blessings of Major General Ruwan Wanigasooriya, Commander, Security Forces - Jaffna.

On Thursday (26), he went to his house with the new wheelchair and handed over it to the beneficiary, Mr. B Suresh handed over a wheelchair to at his home. The recipient thanked the Army for considerateness and the humanitarian gesture.

Commander 552 Brigade, Senior Officers and the recipient's family members were present at the location. 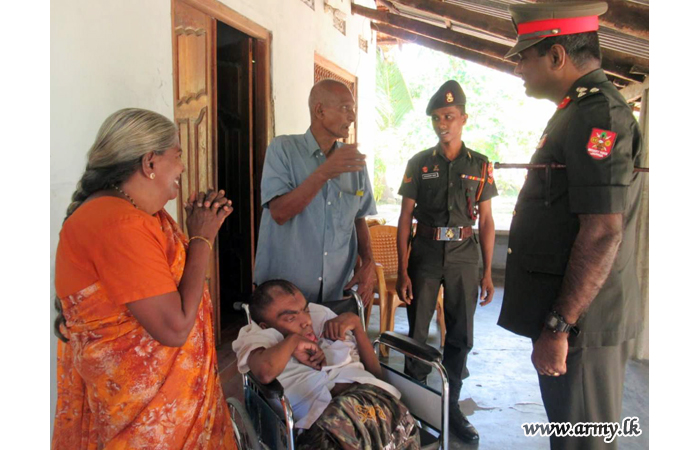 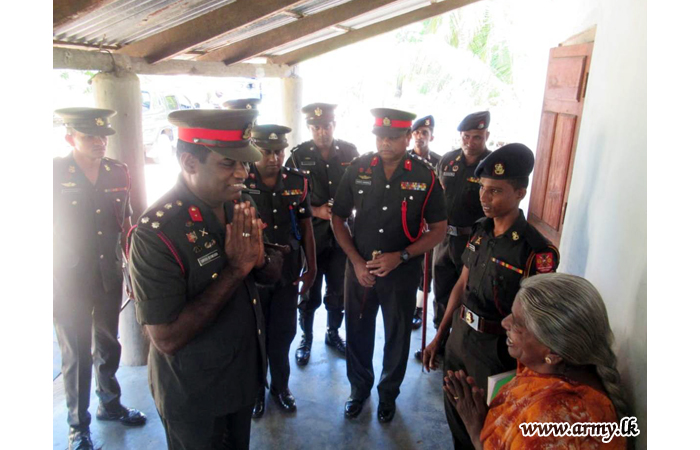 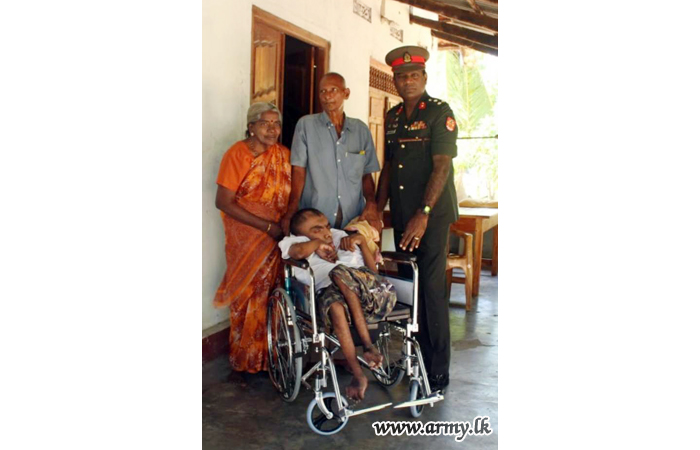