A week-long practical workshop, designed primarily to improve culinary and cookery methods in the Army qualitatively and enhance the knowledge of Army cooks and chefs on the same lines got underway at the Security Force Headquarters - Central (SFHQ-C) during Dec 5 - 12 following coordination done by the Directorate of Supply & Transport (S&T).

The initiative as part of the ongoing training modules in the Army to be in parallel with the Commander’s instructions was organized by the S&T with the support of Major General Sumedha Perera, Commander, SFHQ-C, attracting the private sector experts in the Aquinas University College at Borella.

The one-week long workshop, attended by 353 Army and civil cooks, chefs, assistant cooks and chefs working in all the Divisions, Brigades, Units, Training Centres, etc under the SFHQ-C, continued under four stages under the guidance of Mr Kapila Jayaneththi, Executive Chef and visiting lecturer at Aquinas University College, and a panel of lecturers, attached to the Hotel Management Faculty of the Aquinas University College.

Major General Ajith Wickramasinghe, Director General, S&T has coordinated this phase of the programme at the SFHQ-C after completing the same project in several SFHQ areas with a view to improving the cookery knowledge of Army cooks and chefs.

Training sessions, supported by practical demonstrations and illustrative lectures also focused on qualitative, healthy and economical preparations of various recipes and food varieties in the organization. 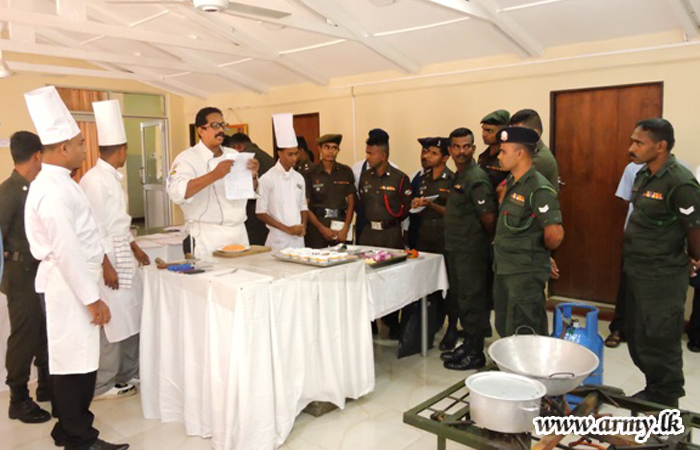 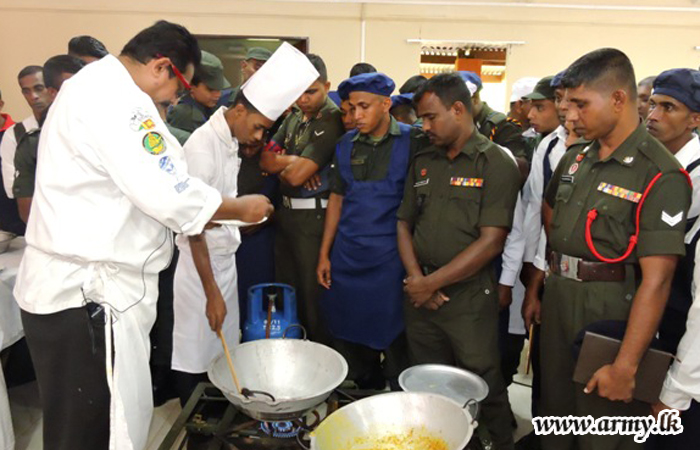 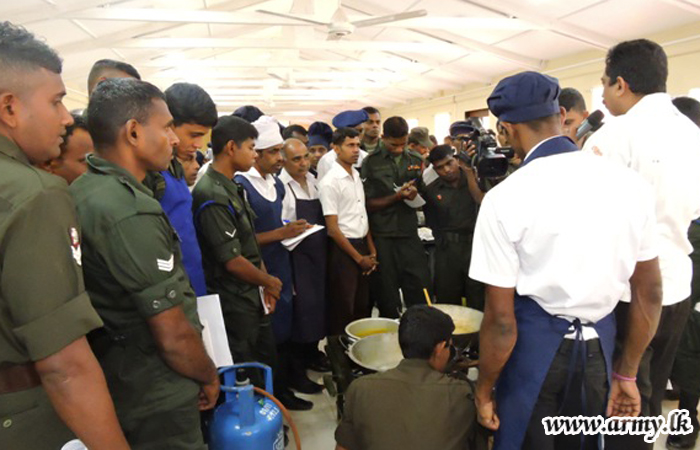 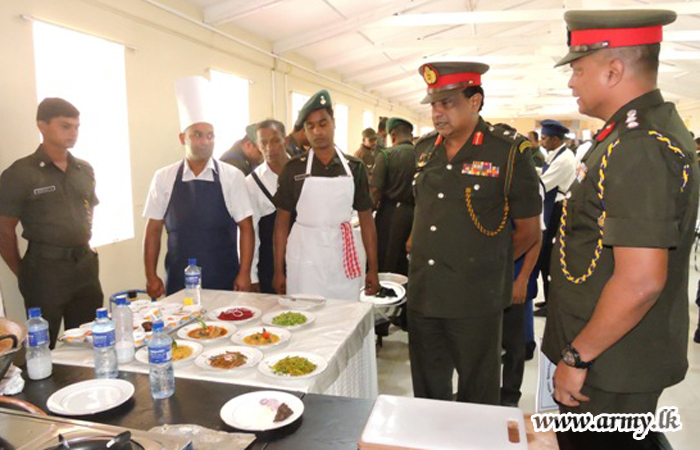 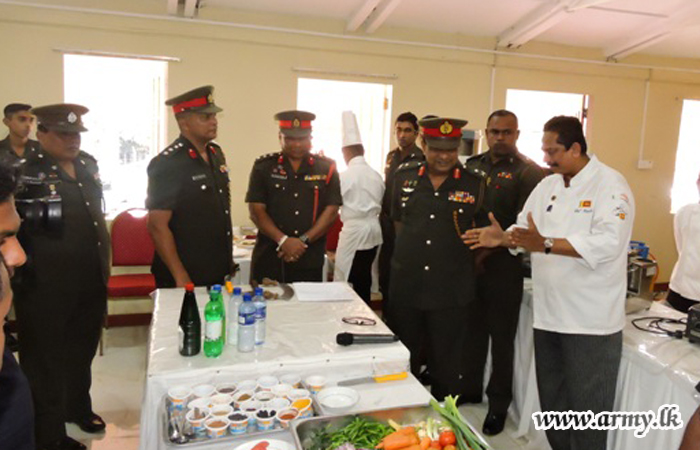 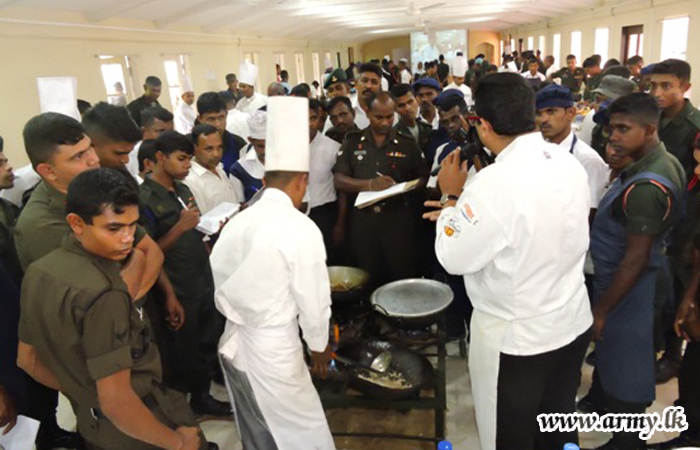 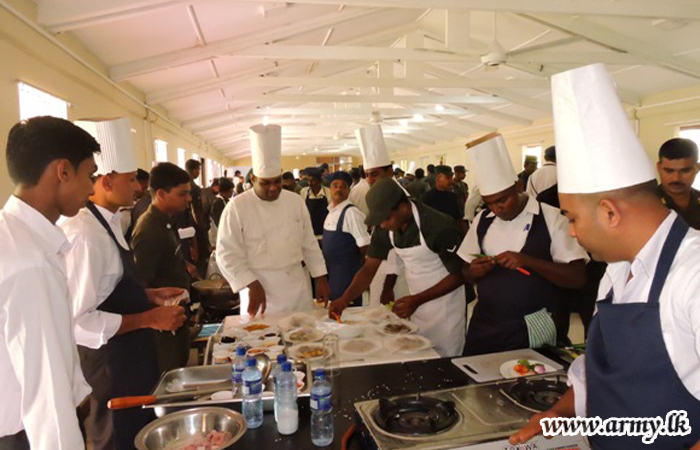 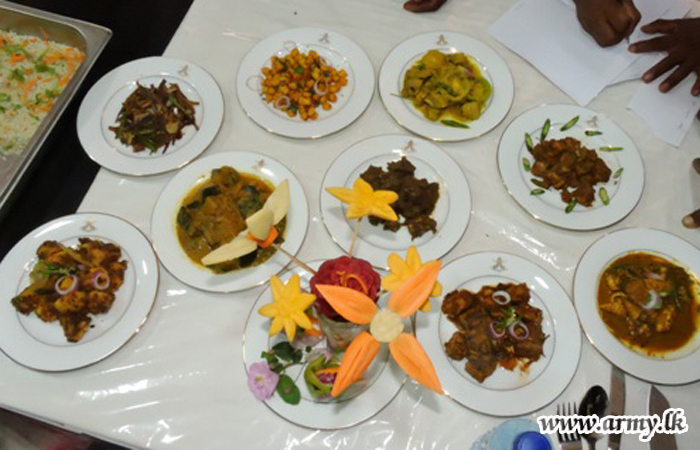