Brigadier Shiran Abeysekara, Vice Chairman and Coordinator of the Army Cricket, Brigadier Chandana Wickramasinghe, Military Spokesman, Director Media Centre of Ministry of Defence and Director Army Directorate of Media, together with four Captains of the tournament in Southern, Northern, Western and Eastern regions dubbed as 'warriors'.

Army Commander's League T20 Cricket tournament organized with the objective of selecting much-talented and potential players of the Army and grooming them further for forthcoming Major club tournaments in order to gain competitive exposure, is to be kicked off on Monday (05) and will continue until 17 October, the Media briefing was told. .

"Four teams are led by Army National players and the Army has invited 12 current national players to represent the team, three each in four teams. 2 National Army woman players also were included as reserve players for each team. Tournament will be conducted at Army Cricket grounds of International standardats including the one at SL Ordnance Corps at Dombagoda. Finals will be played at the newly-renovated Gajaba Regiment Cricket grounds at Saliyapura, Anuradhapura, thanks to the guidance given by the Chief of Defence Staff and the Commander of the Army,” Major General Wanigasooriya said.

He also stated that this tournament would attract more potential players and their level of experience in competitive cricket will certainly improve as a result. He thanked the CDS & Commander of the Army providing necessary infrastructure to elevate Army cricket to greater heights and for adding the new turf ground at Gajaba Regiment Saliyapura which will benefit immensely to enable playing during bad weather atmospheres elsewhere in the other parts of the country.

Army cricket was introduced in year 1951 and thereafter Army has taken part in by then Ceylon cricket board and won the first championship of Daily News in year 1963. Army has produced many legendary cricketers like Brig (Dr) HIK Fernando and other top class national players during post-conflict period Army has produced players such as Legendry mistry player Capt Ajantha Mendis, Warrant Officer 1 Sekkuge Prasanna, Warrant officer 11 Asela Gunaratne. The new induction of former Sri Lanka national players Dinesh Chandimal, Thisara Perera. P.H.T Kaushal and many other national and development team players have boosted the Army team.

Army won the ‘Sara Trophy Championship’ in year 2004 and thereafter played Premier Tier B and its championship in 2009 and was placed in the Premier Tier A from 2011/2012 onwards as Super Eight Team and First class cricket team. They also became Inter Club T20 Champions and U23 champions in the year 2016 and 2017 respectively and womens championships as well and 7 women players are representing the national team.

Tournament format and sponsors are as follows: 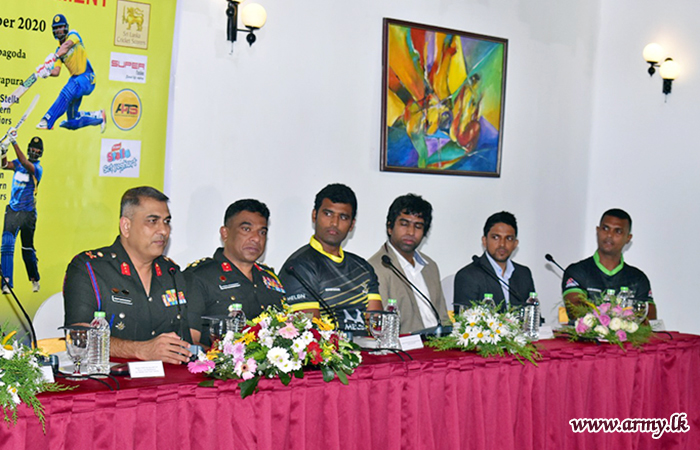