The Sri Lanka Artillery (SLA)-groomed one of the proud and hardworking soldiers, Major General Shantha Hewawitharana, Quarter Master General (QMG) of the Quarter Master General Branch at the Army Headquarters and Colonel of the Regiment of Military Intelligence Corps (MIC) on the eve of his retirement from the Army had the distinction of meeting with the Chief of Defence Staff and Commander of the Army, General Shavendra Silva at latter's office at the AHQ on Tuesday (12).

General Shavendra Silva during the brief interaction shared a few thoughts and pleasantries with Major General Shantha Hewawitharana who has served a number of key appointments in the Army and the SLA in particular during his military career of more than 32 years. The Army Chief also appreciated him for his outstanding contribution as the Head of the Military Intelligence.

The outgoing Senior Officer also thanked the Commander of the Army for his wishes and the thoughtfulness while mentioning about the encouragement he received from the Army Chief in the performance of his duties all the time with necessary guidance. Towards the end of the interaction, General Shavendra Silva awarded a special memento to the potential retiree as a symbol of appreciation and commendation. The gesture was reciprocated. 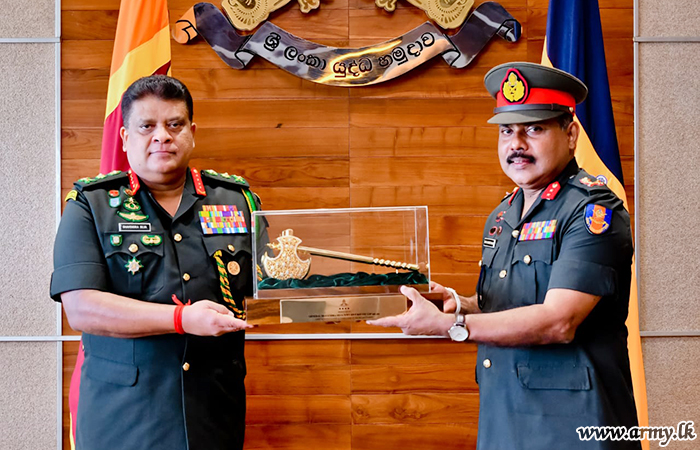 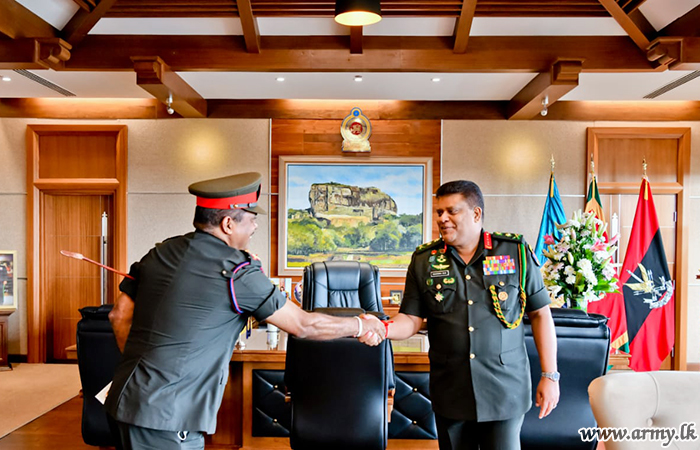 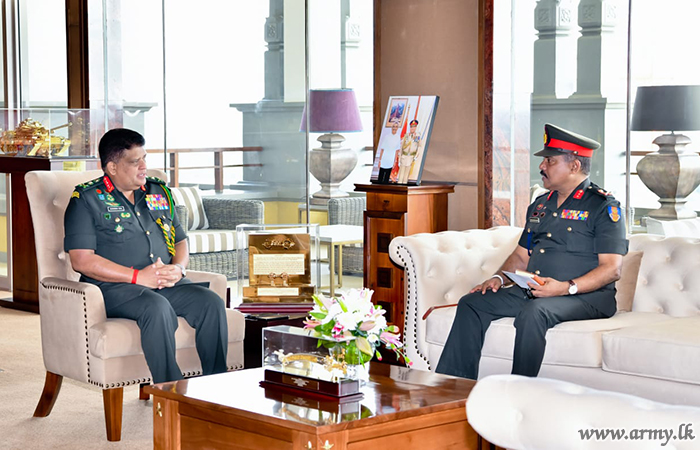 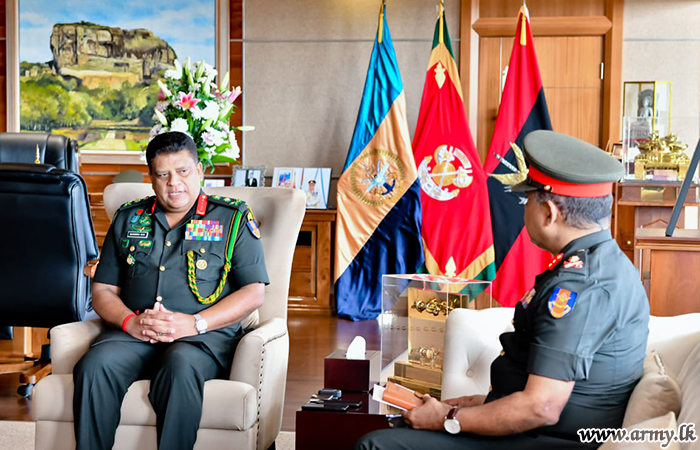 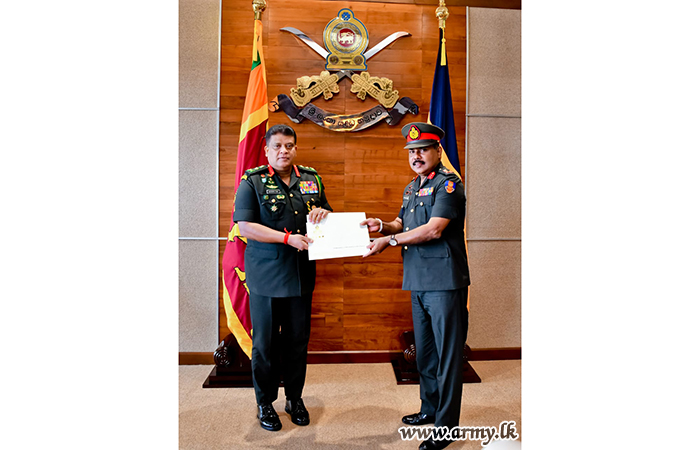 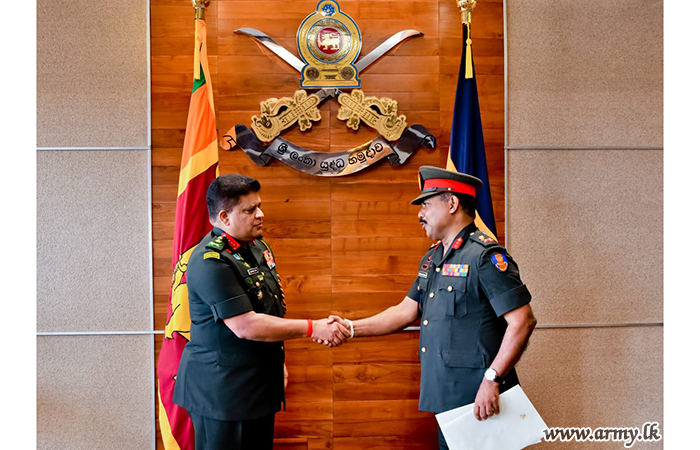 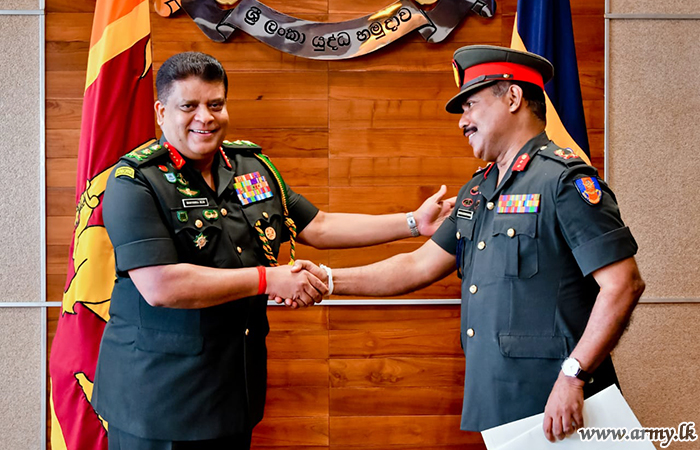