Troops of the 5 Field Engineer Regiment under the Security Force Headquarters-West (SFHQ-West) constructed a new bridge across Kadolanaduwa waterway at Moragalla, Beruwala following a request made to them by the Divisional Secretary, Road Development Authority and the villagers in the area. The new bridge was erected using state funds to a total of Rs 72 million.

Hundreds of resident and people used a temporary made wooden bridge across the Kadolanaduwa waterway on a daily basis risking dangers their own lives. The bridge was in a dilapidated position and unsafe for passage. The plight of wooden bridge was brought to the notice of the troops of the 58 Division of the SFHQ-West.

The construction work of the bridge commenced on 29 June 2014 by the team of skilled Army soldiers of 5 Field Engineer Regiment under the supervision of the commanding Officer. The newly constructed bridge is type compact with 200 steel rods. Its length in 110 feet and width is 13 feet. The new bridge facilitates villagers with secure and comfortable journey across the bridge and also the tourist visiting Kadolana natural resources area and the birds sanctuary.

The new bridge was ceremonially opened Sunday (27) morning at the auspicious time by Major General Sudantha Ranasinghe, Commander, SFHQ-West and vested in the public for use.

Buddhist Monks, Government Officials and senior Army officers and a gathering of villagers were present at the occasion. 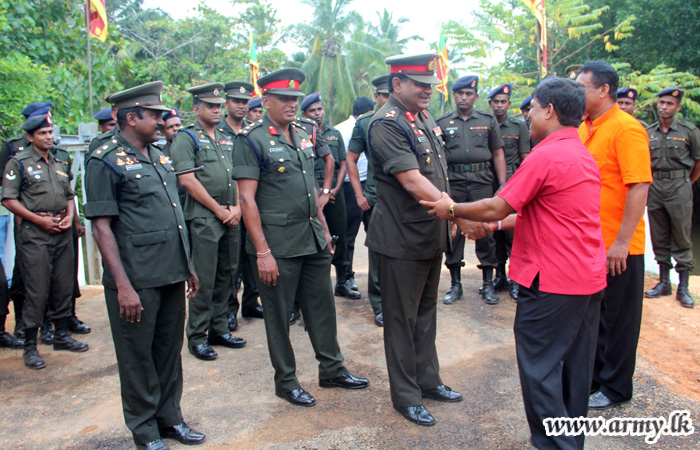 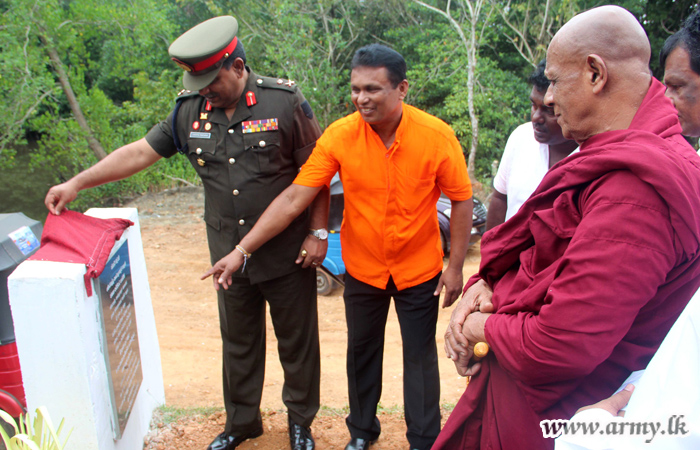 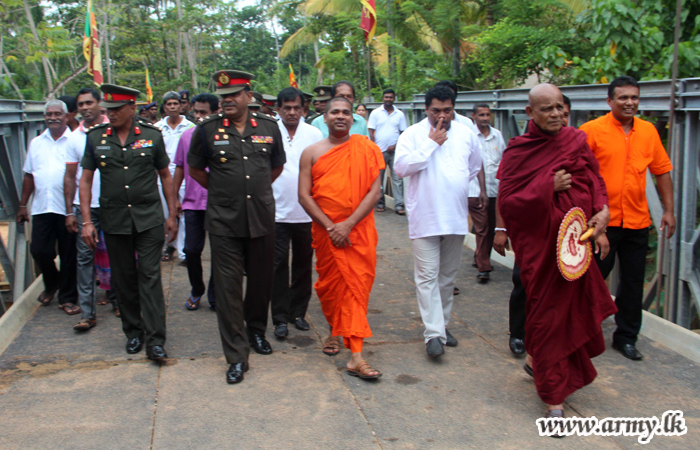 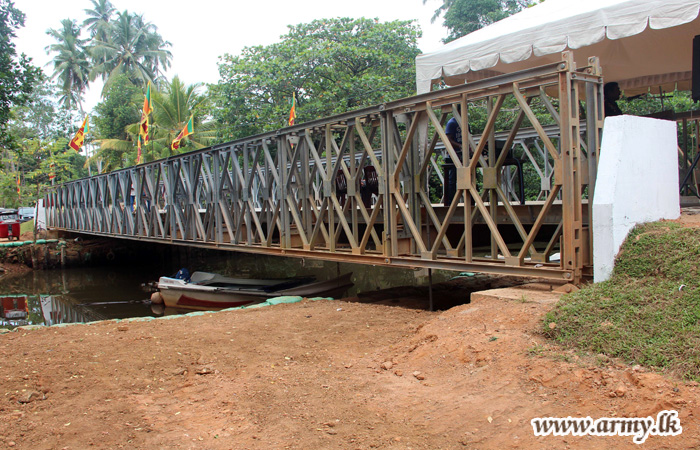 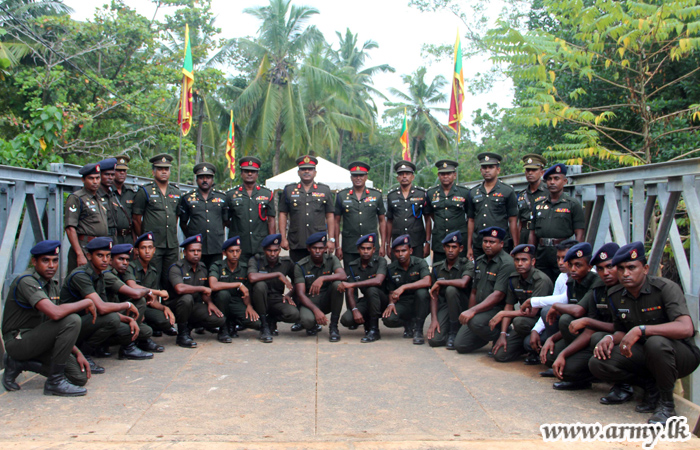