Sri Lanka Army troops who had thrown their full-weight behind the government’s ongoing project for construction of new houses for homeless and displaced people in the north, completed 39 more new houses in the Keppapilavu Model Village under the Phase IV.

Commander of the Army Lieutenant General Crishanthe De Silva, keeping a close eye on the project gave necessary instructions to the SFHQ-MLT for speedy implementation.

The simple ceremony saw the invitees were conducted to the venue in a procession, comprised of woman dancers and school bands before Hindu religious observances invoked blessings on the project.

Mr C.A Mohanras, Additional District Secretary for Mullaittivu, Major General P.U.S. Vithanage, senior state officials and Army officers symbolically handed over the keys of the houses after a couple of them were ceremonially opened cutting a ribbon.

Following funds, made available by Ministry of Reconstruction and Hindu Religious Affairs, Sri Lanka Army’s 59 Division and 592 Brigade carried out the construction work, honouring the deadline set by the authorities.

During the same ceremony, foundation stones were laid for construction of the next set of 21 new houses in the same model village. 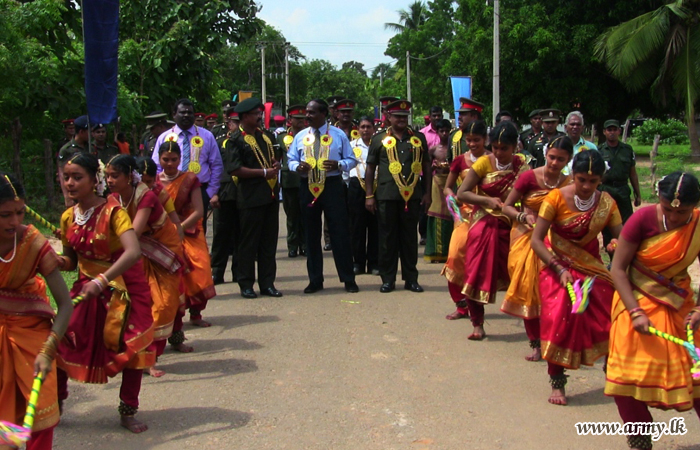 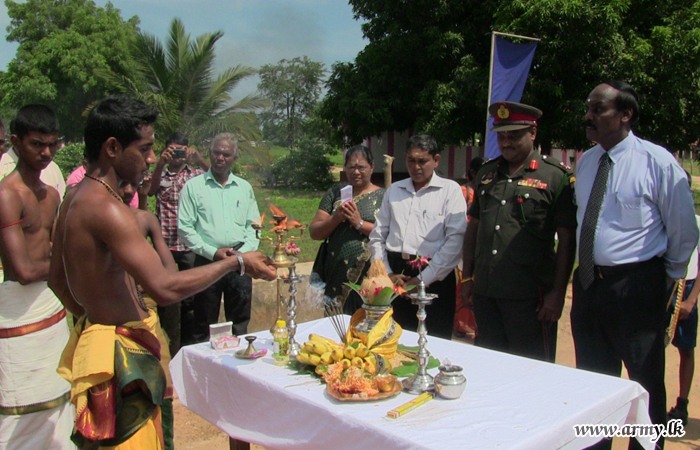 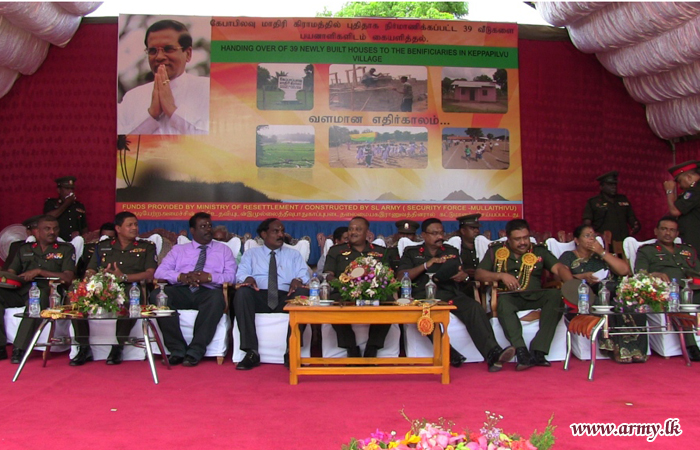 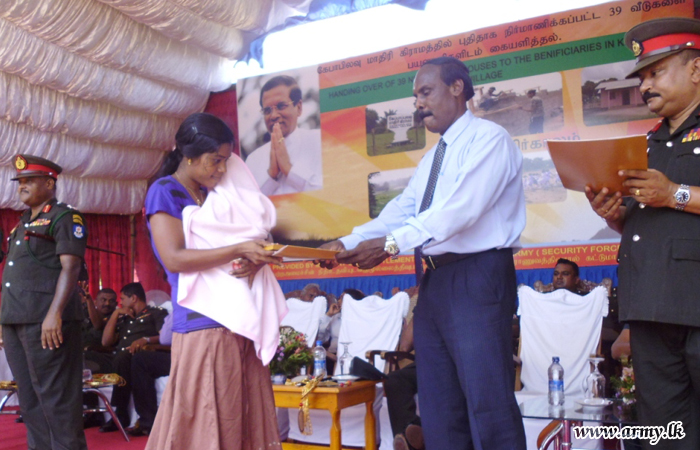 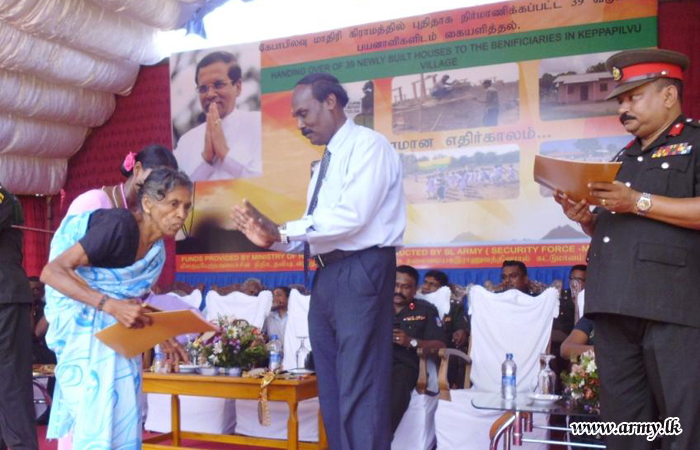 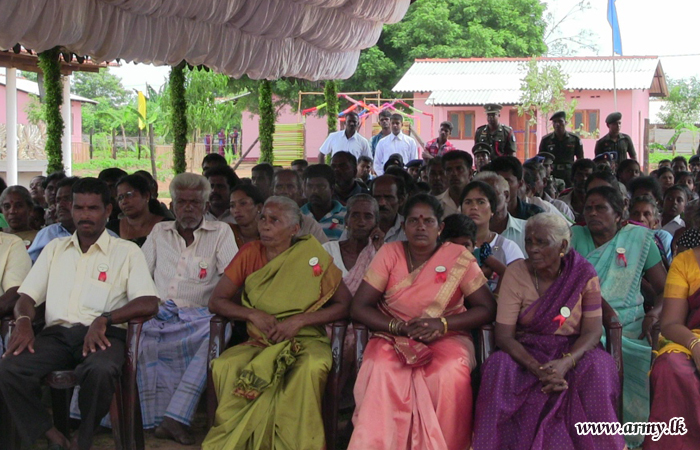 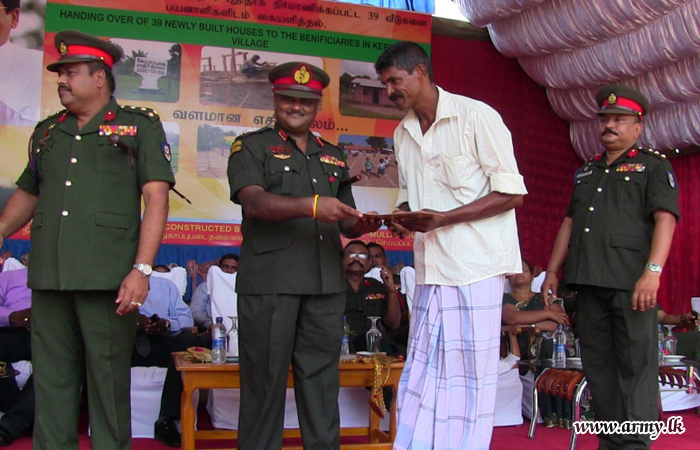 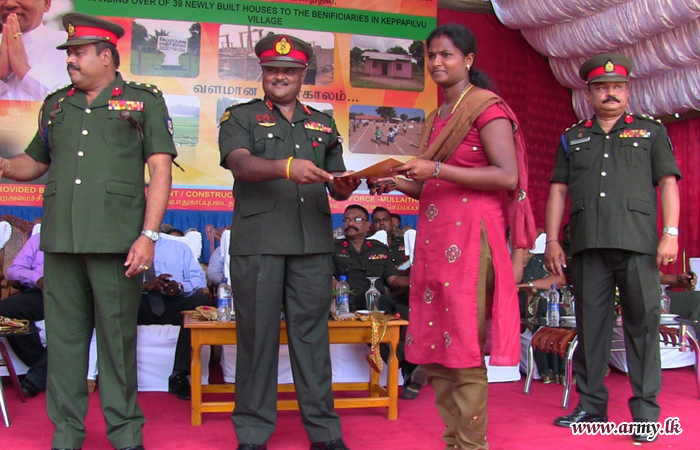 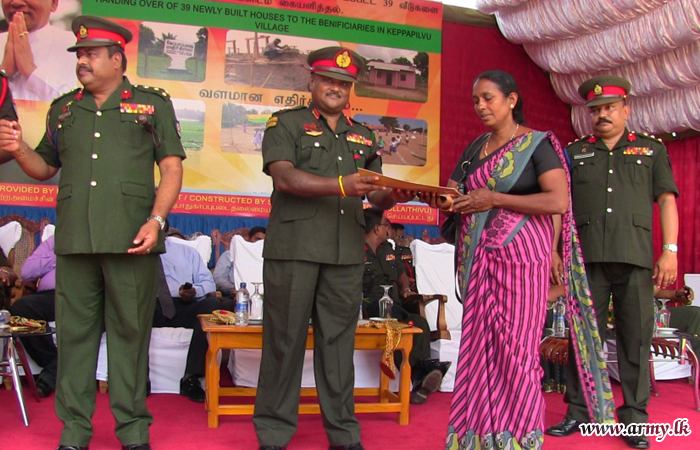 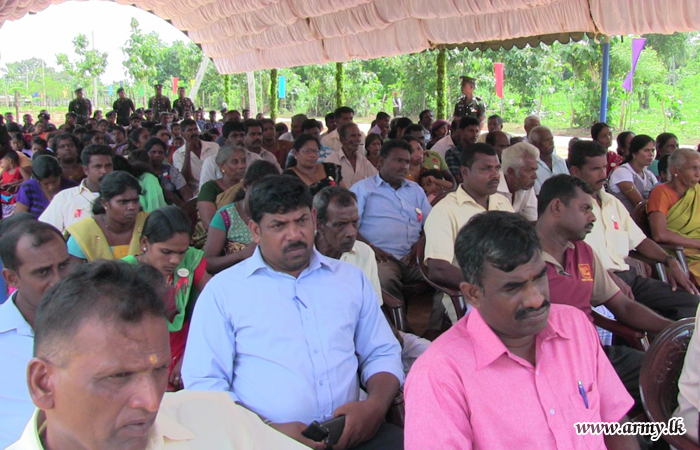 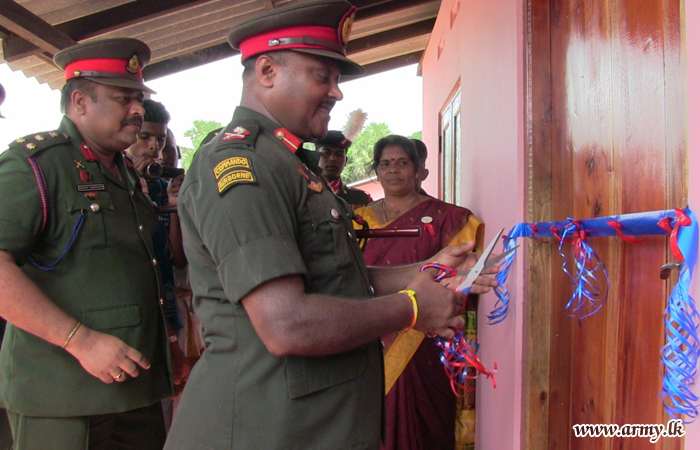 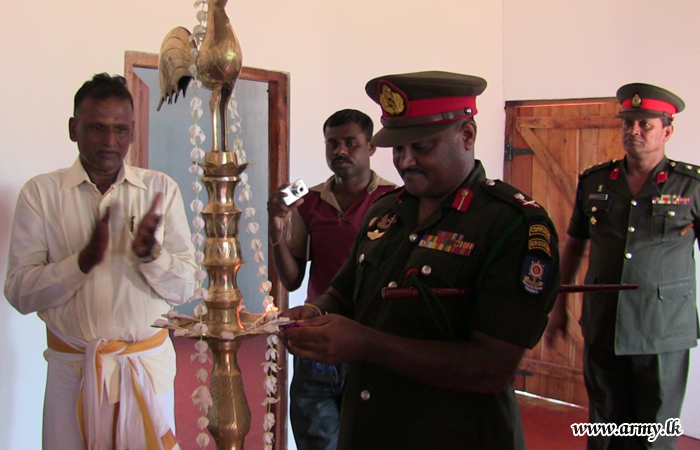 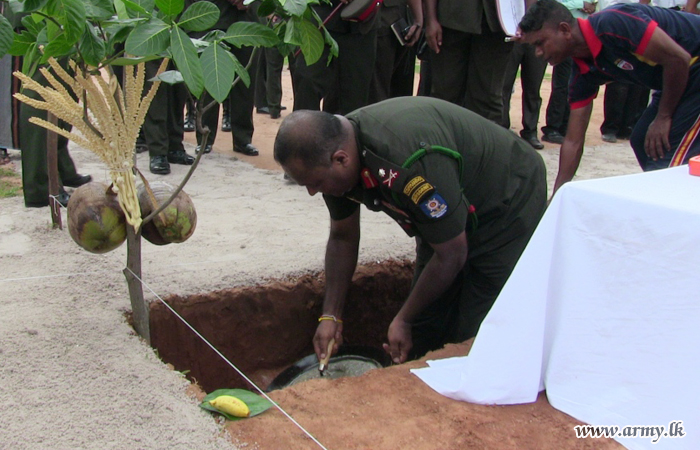 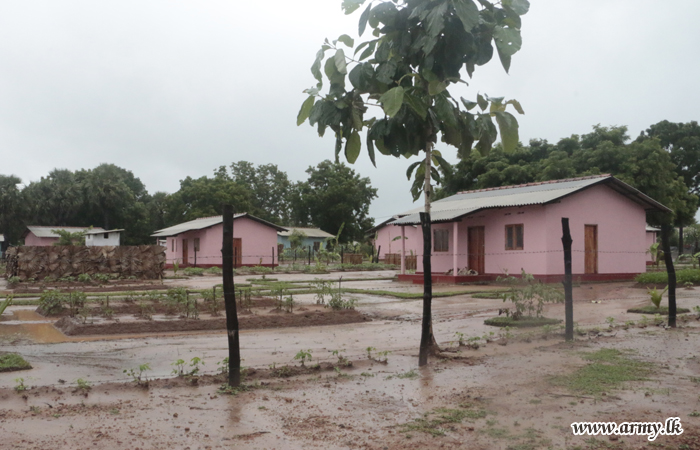