Boxers of Sri Lanka Army challenged their Indian counterparts in a friendly meet at Panagoda Army Physical Training School Gymnasium on 26 September 2003. Some experienced and national level Sri Lankan and Indian Army boxers showed their colours at this meet graced by the Chief of Staff Major General LCR Goonewardene as Chief Guest.

In April 2002 a boxing meet was held in Bangalore during which military authorities of both countries agreed to revive contests between Sri Lankan and Indian boxing teams.

On an invitation extended to the Indian Army Boxing team, they were on a tour in the island from 24 to 28 September 2003. 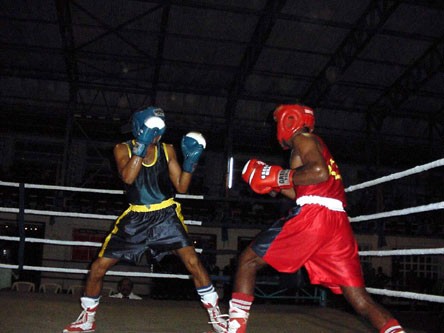