Army Anniversary Marked with Provision of Meals to Children’s Orphanage

Combat Training School at Ampara (CTS) organised a special programme to celebrate the 67th anniversary of the Army on Monday (10).

A total of 20 officers and 50 other ranks of the CTS visited Sarana Children’s Orphanage at Ampara, Uhana and provided with breakfast and lunch to inmates. Gifts also were donated to the children at the same programme.

The programme culminated after entertaining inmates by the calypso group of the Army. 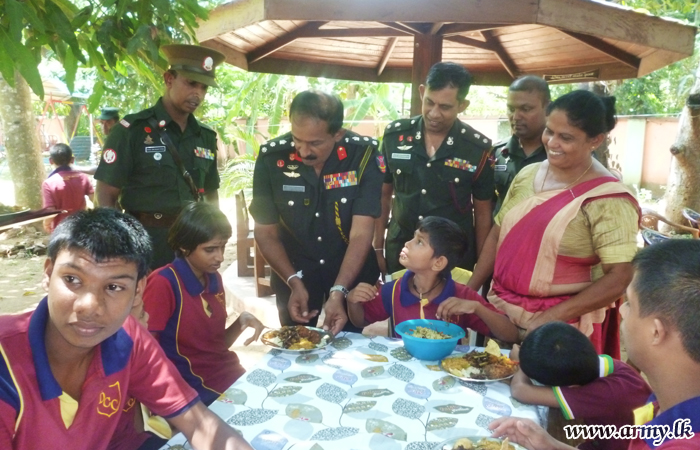 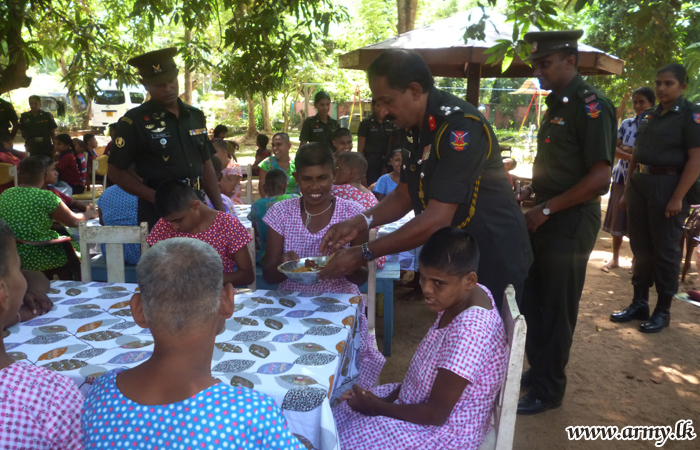 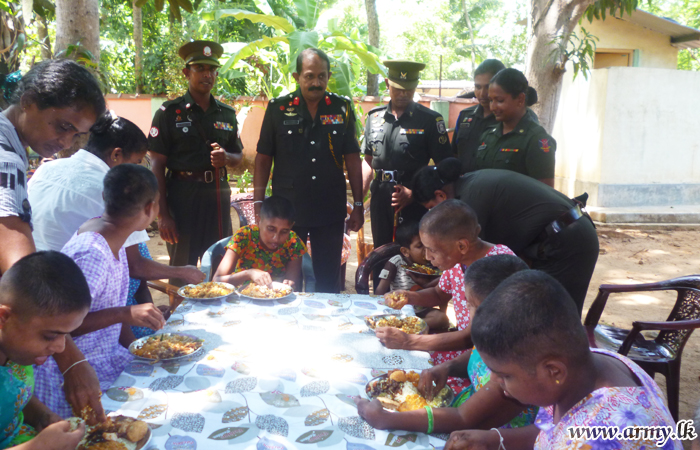