The brainchild of the Commander of the Army, “Thuru Mithuru-Nawa Ratak,” the multifaceted project, being spearheaded by the Army for promotion of crop cultivation among troops and the general public this morning (14) picked up more steam and vigour when the Commercial Bank came forward to supplement the Directorate of Agriculture and Livestock of the Army with a stock of seeds, tractors, machinery, tools and other essential accessories and equipment that could be made available to respective farming communities, adjoining Army camps in the Central Province.

Management of the Commercial Bank in keeping with the Bank’s thematic slogan, ‘Obe Jaya-Ape Pethumai’ (Your Success is Our Wish) wanted the Army to distribute two Hand Tractors, three Mini Cultivators, two Mini Rotary Slashers, twenty Napsek Spray Machines, ten 100 litre water tanks, nine 2 inch water pumps, one hundred and seventy five 9 X 9 Mamotees, one hundred and seventy five Hand shovels, one hundred and seventy five Hand Mullu, 166 Iron Bars, fifty Secotiers and one Rotavator to the value of Rs 5 million. The symbolic handover of the stock to Lieutenant General Shavendra Silva, Chief of Defence Staff and Commander of the Army for free distribution among 165 families in respective areas of responsibility under command to the Security Force HQ - Central, took place at the Army HQ in the presence of Mr Dharma Dheerasinghe, Chairman, Commercial Bank and a host of Bank Officials, Senior Officers and a few invitees.

The brief ceremony at the Army HQ, organized on the guidelines given by Brigadier Indrajith Kandanarachchi, Director, Army Directorate of Agriculture and Livestock saw also the symbolic donation of some 300 kg of bean seeds, 20 kg of carrot seeds and 3000 kg of maize (corn) seeds, worth about Rs 1 million to the Army at the same occasion for distribution, intending to provide a stimulant to vegetable-growers in the Central region. ICON Private Limited Company in collaboration with the Commercial Bank was generous in sponsoring those donating seed stocks.

The “Thuru Mithuru-Nawa Ratak,” concept was initiated by the Commander of the Army during the latter part of the year 2019 to be in parallel with HE the President’s ‘Sawubhagyaye Dekma’ (Vistas of Prosperity & Splendour) policy statement while instructing all island-wide Army camps to take to cultivating all cultivable lands inside their locations and assist farming communities around those camps with supply of egg seeds, manure, machinery, tools and possible assistance for cultivation of crops of commercial value.

Accordingly, the Directorate of Agriculture and Livestock of the Sri Lanka Army kicked off many an agricultural project across the country after launch of its pioneering project at Battaramulla, Sri Jayawardenepura, in which a vast patch of barren marshy lands were converted to be fertile paddy fields and the entire area leading to the new Army HQ was beautified and made greenery, planting more than 5000 saplings of rare species along main road patches and inside Army-constructed leisure parks and walkpaths in the same areas.

Monday’s donation project, an extension to the ongoing “Thuru Mithuru-Nawa Ratak” started soon after the arrival of the day’s Chief Guest, Lieutenant General Shavendra Silva at the venue to be welcomed by Brigadier Indrajith Kandanarachchi, Director, Army Directorate of Agriculture and Livestock. A video screened before the audience explained the series of Army projects that have been contributing to national efforts in the past few months, community-oriented assistance programmes and measures that have been so far made to stimulate and further expand all agricultural aspects at Army level.

Upon symbolic receipt of those accessories and seeds, Lieutenant General Shavendra Silva profusely thanked Commercial Bank Chairman and its senior officials for the confidence they placed in the Army by donating those equipment and seeds for distribution among those poor farming families in respective areas and reminded that Commercial Bank has on several previous occasions too extended their appreciative help to the Army and its nation-building efforts and other productive projects, designed to boost living standards of island-wide farming communities. “This is a project to support and empower those agrarian communities,” he said.

Speaking to the Media afterwards, Lieutenant General Shavendra Silva, Chief of Defence Staff and Commander of the Army, the pioneering architect of the “Thuru Mithuru-Nawa Ratak,” explained the chain of measures that have been adopted by the Army for the greater benefit of the masses whenever the country is faced with any challenging task. “HE the President in line with his visionary policy statement wants all Sri Lankans to seriously take to production of necessary foods, vegetables, grains and cereals for our own consumption and the Army is committed to lend maximum support for those national drives in order for the government to realize those goals. Commercial Bank's contribution to the Army, as one of their Corporate Social Responsibility (CSR) projects is a stimulant to us in the Army at a time we are trying to self-sufficient in our own food productions. Similarly, our project expects to add a special value to the farming community, living adjacent to our camps by providing them with all possible assistance and consultation. This is a step in that direction,” he added.

“The Army is able to cultivate cashew, chillies, banana, fruits, etc in more than 5000 acres and would be self-sufficient in eggs, milk and food varieties, needed for soldiers, inclusive of dry foods and nutritious snacks needed for soldiers undertaking jungle training, etc. Nothing is impossible for the Army and we have proved it time and again.” Citing how the area leading to the Army HQ was developed to be of lush greenery in appearance and commenced harvesting unattended barren marshy lands, turning them to be fertile paddy fields, he added that the Army has also initiated production of agricultural tools, machinery, etc that could be lent to the common masses in the long run for agricultural needs. In his capacity as Head of the National Operation Centre for Prevention COVID-19 Outbreak (NOCPCO), he urged the public to continue their health practices as the government is engaged in repatriating all stranded Sri Lankans back home considering their helpless predicament in some foreign lands. 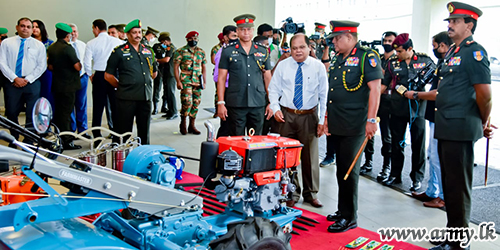 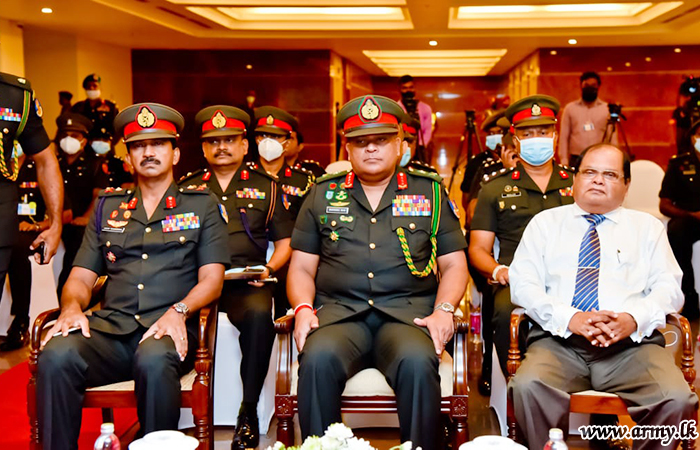 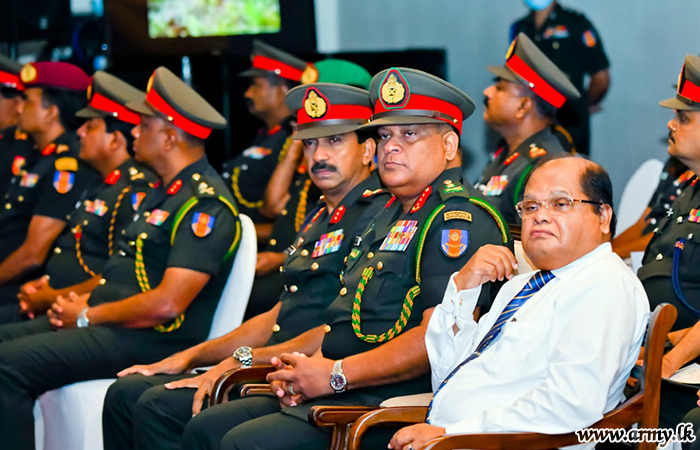 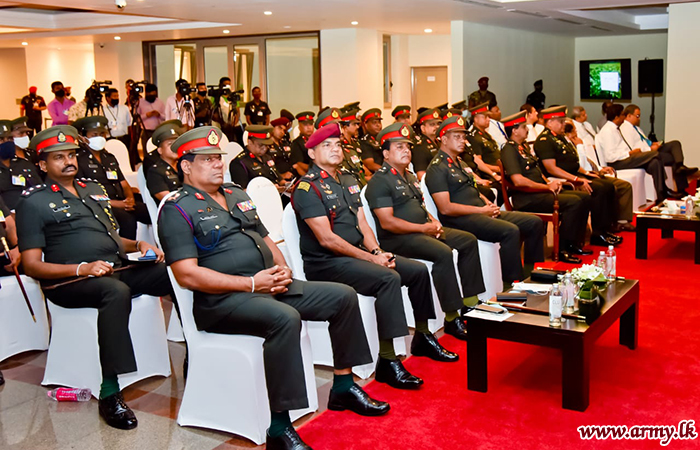 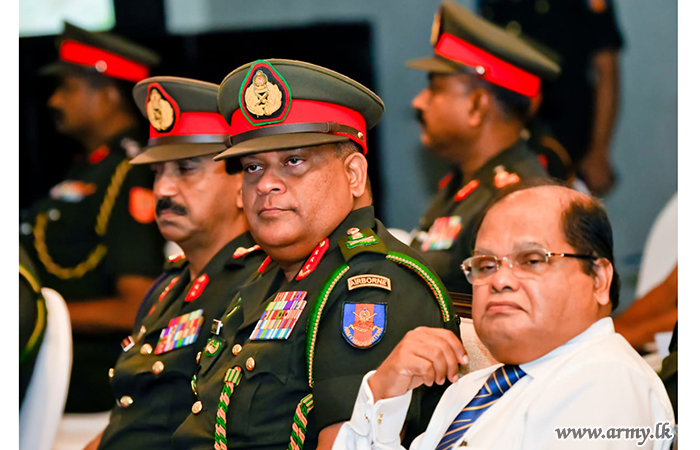 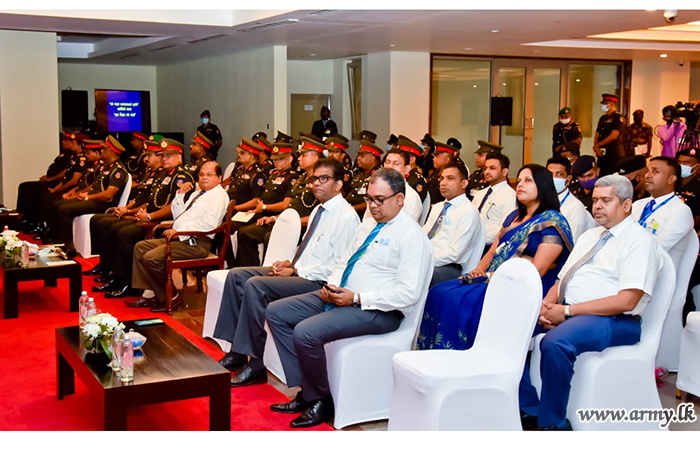 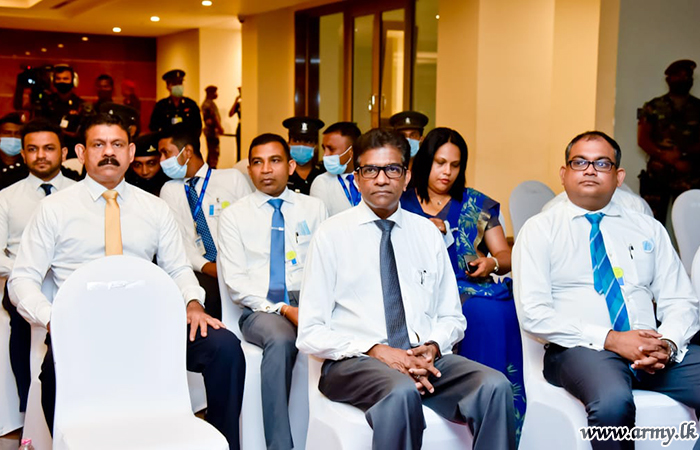 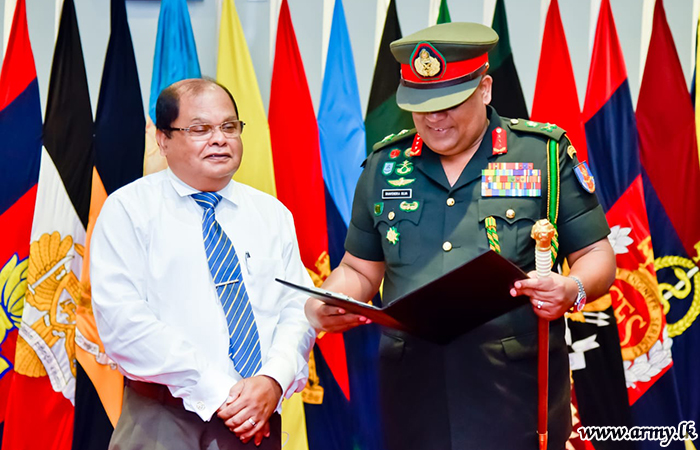 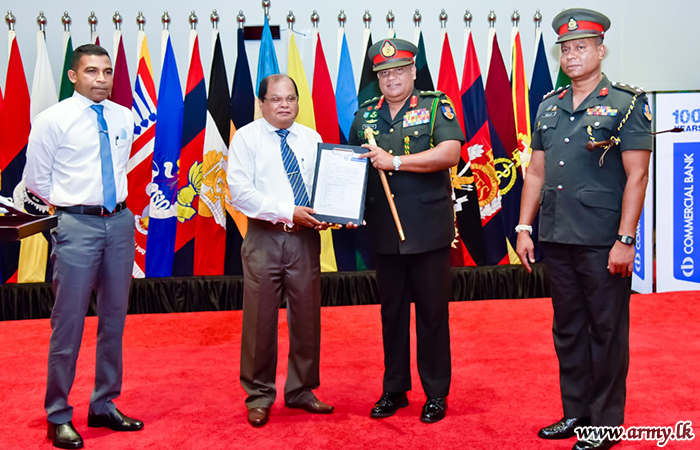 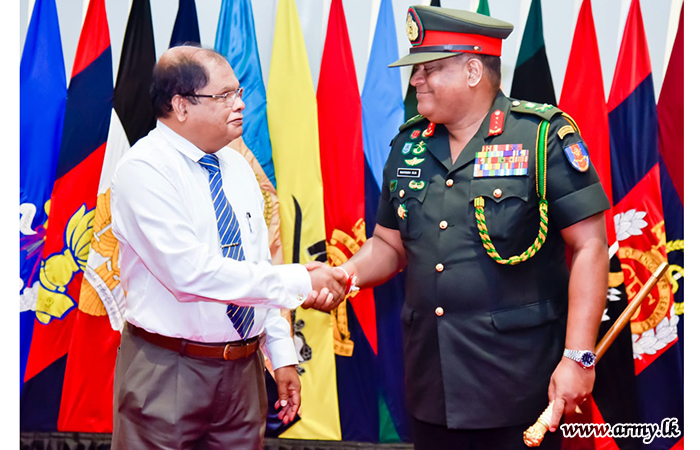 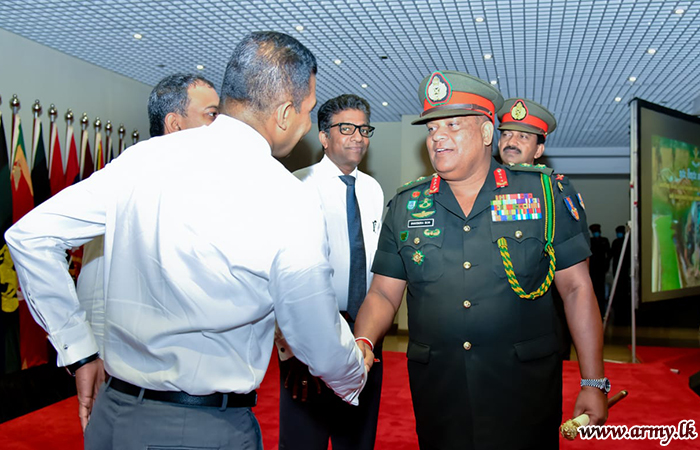 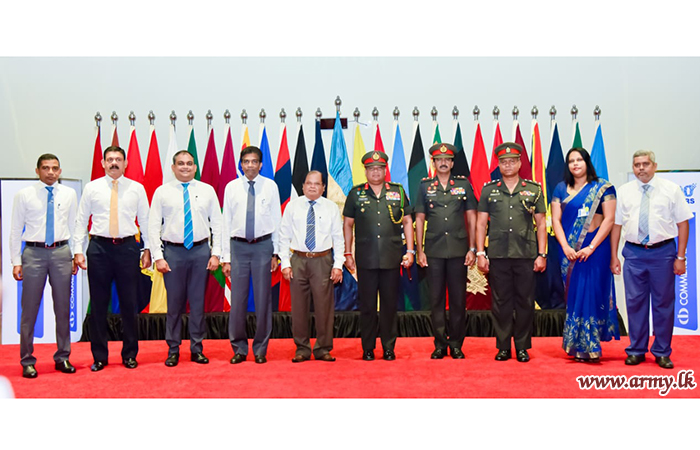 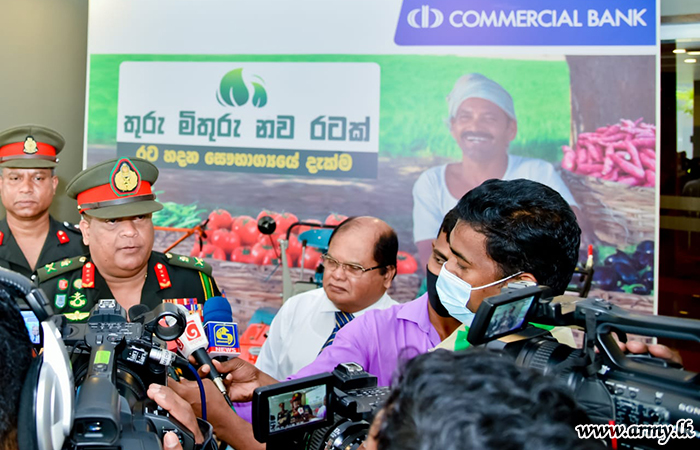 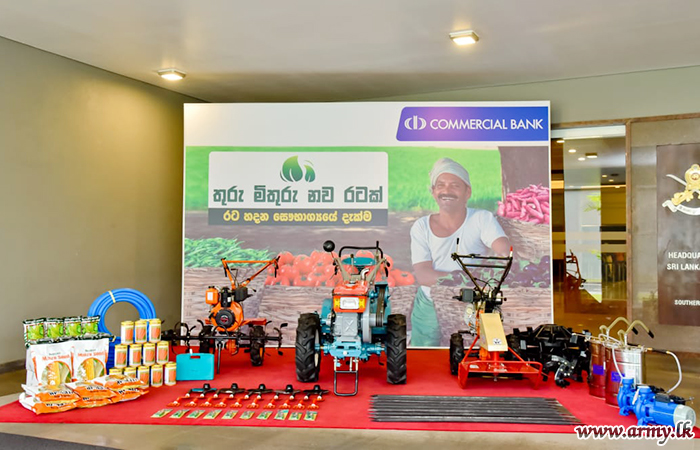