The Sri Lanka Light Infantry (SLLI) Regimental HQ at Panagoda, currently performing a variety of welfare roles on behalf of Officers, Other Ranks, differently-abled War Heroes and their families, some of those in close collaboration with the SLLI Seva Vanitha Unit on Thursday (19) afternoon during a ceremony, headed by Lieutenant General Shavendra Silva, Chief of Defence Staff and Commander of the Army as the Chief Guest inaugurated its mass-scale ‘Gallant Yoghurt’ and dairy production unit with the intention of improving the nutritious factor among soldiers in the Panagoda Army Cantonment.

The project which is set to produce ‘set yoghurts’, ‘youghurt drinks’ and a few other associated products under very close hygienic and scientific procedures on a large scale on daily basis expects to reach external markets, if required including those sale outlets in all the Regiments inside the Panagoda Army Cantonment. It was made a reality as a result of the able guidance, extended by Major General Jayanath Jayaweera, Colonel of the Regiment Sri Lanka Light Infantry Regiment with the cooperation of Mrs Anuja Jayaweera, Chairperson, SLLI-SVU and Dr Devika Gamage, Unit Head, Dairy Development Unit, Western Province.

The ceremony got off to a start after religious observances, conducted by members of the Maha Sangha present at the new Yoghurt procomplex. As the auspicious minute struck, the Chief Guest Lieutenant General Shavendra Silva, Chief of Defence Staff and Commander of the Army unveiled a plaque, warmed the building and inaugurated the new production after the traditional oil lamp was lit at the beginning of the process. The Chief Guest after the inauguration of the well-equipped unit shared a few words with all ranks present there and inquired into the pasteurization process in the new unit, placed a complimentary remark in the Visitors’ Book at the Sri Lanka Light Infantry Regimental Headquarters.

A ceremonial drive-past Guard Turnout saluted him on arrival in accordance with military traditions before the Colonel of the Regiment, Sri Lanka Light Infantry Regiment Major General Jayanath Jayaweera received him at the new Yoghurt production unit. Major General Jayanath Jayaweera afterwards presented an appreciative memento to the Chief Guest before his departure. 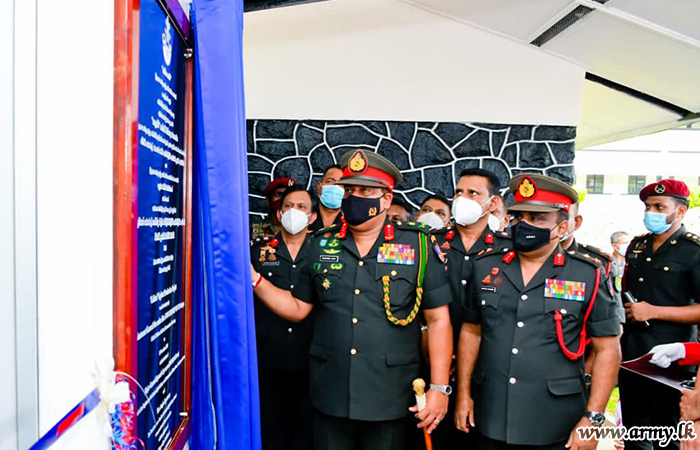 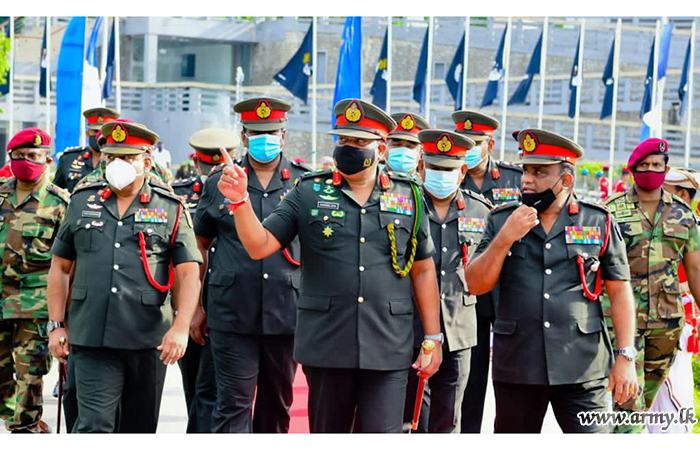 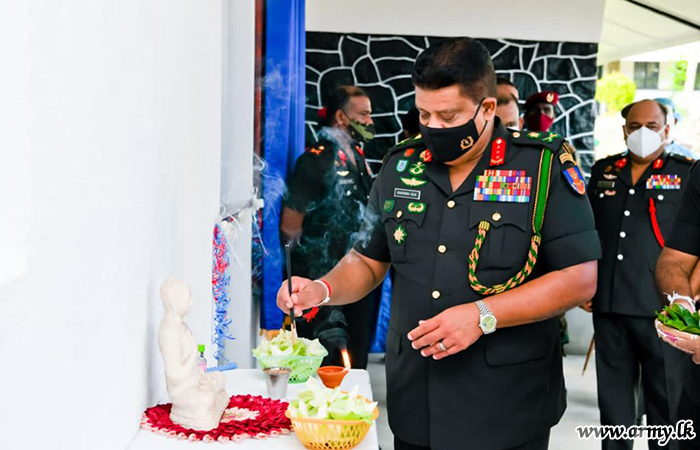 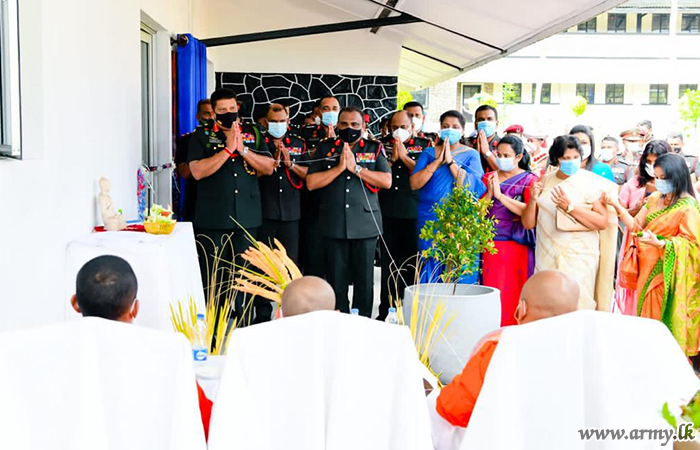 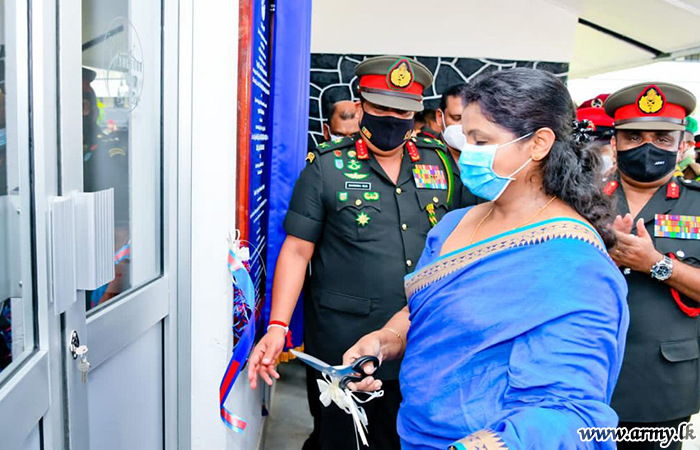 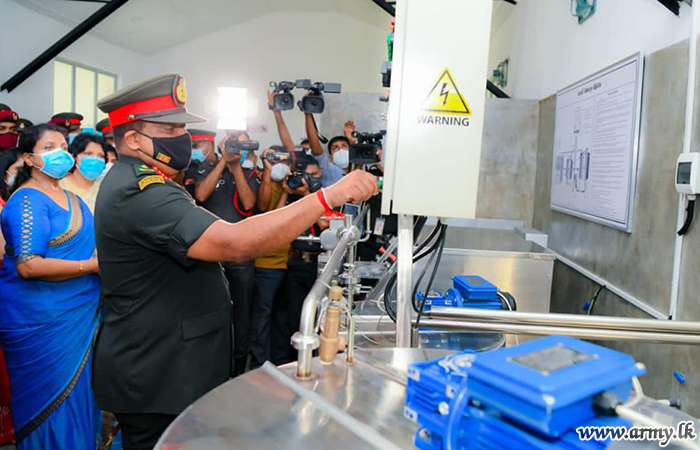 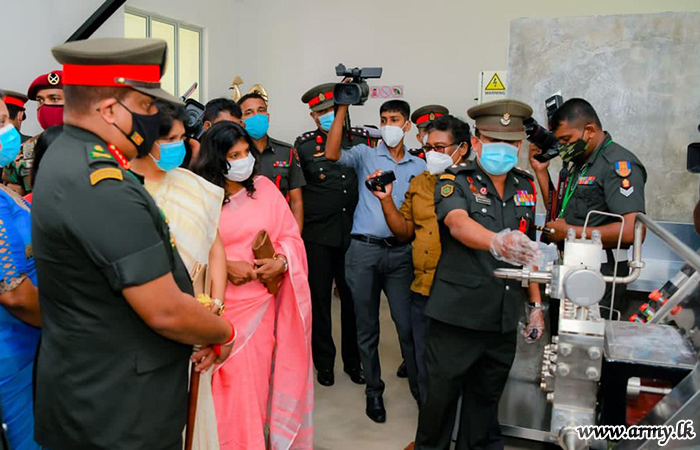 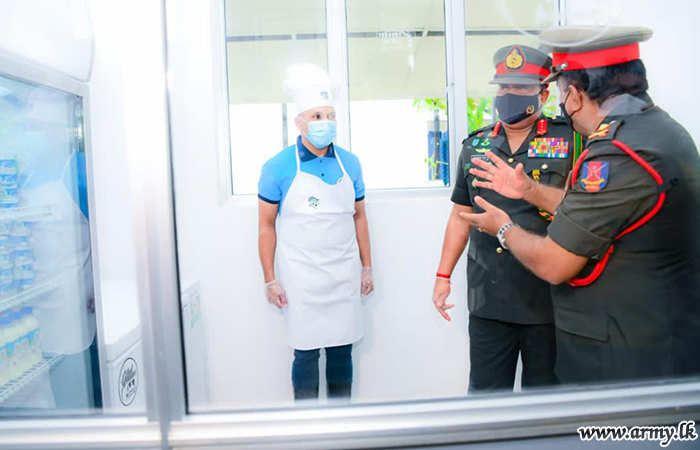 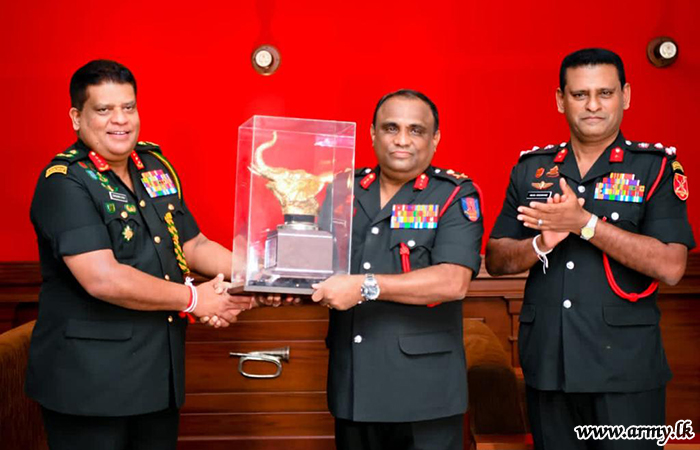 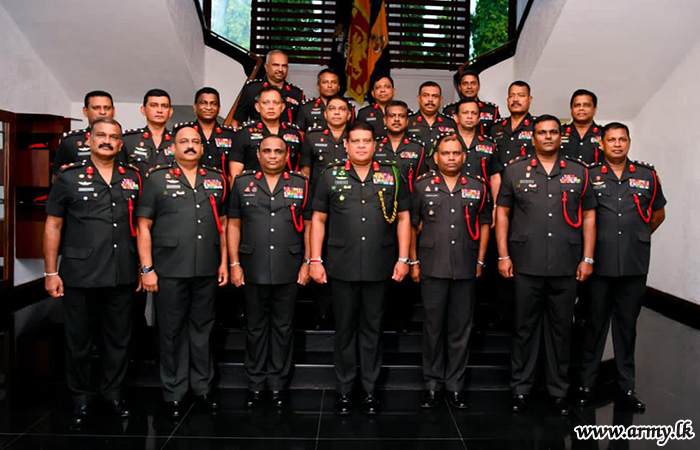