Major General Tharaka Rathnasekara of the Sri Lanka Armoured Corps (SLAC), Commander, Armour Brigade in the Army after completion of more than three decades of service received compliments and best wishes from the Army Chief on the eve of the former’s retirement during a meeting on Monday (19) with General Shavendra Silva, Chief of Defence Staff and Commander of the Army at the Army Headquarters.

The Army Chief commended his dedicated services to the Army for more than three decades and acknowledged his dedicated commitment for advancement of the Armour Brigade which received a total overhaul and revival under his leadership and guidance.

General Shavendra Silva during the brief interaction shared a few thoughts with the retiring Major General Rathnasekara who has served a number of key appointments in the Army and the Sri Lanka Armed corps (SLAC) in particular. 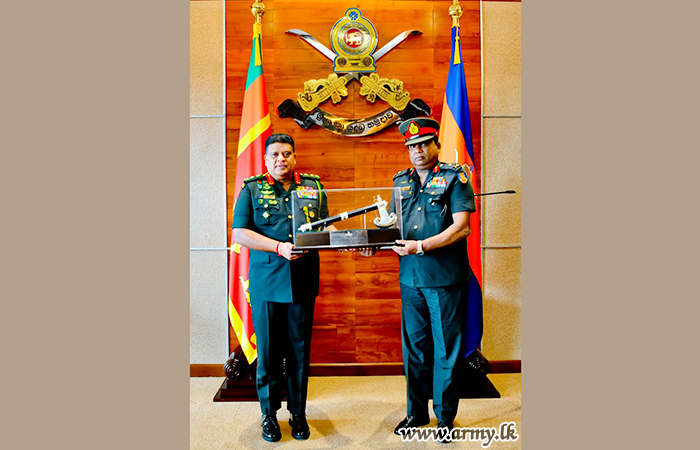 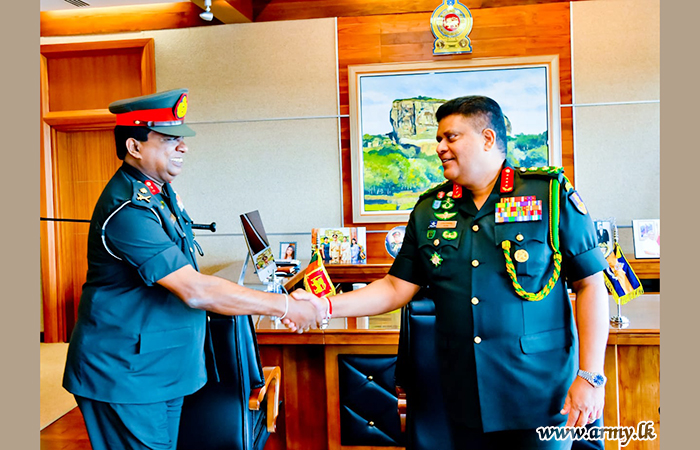 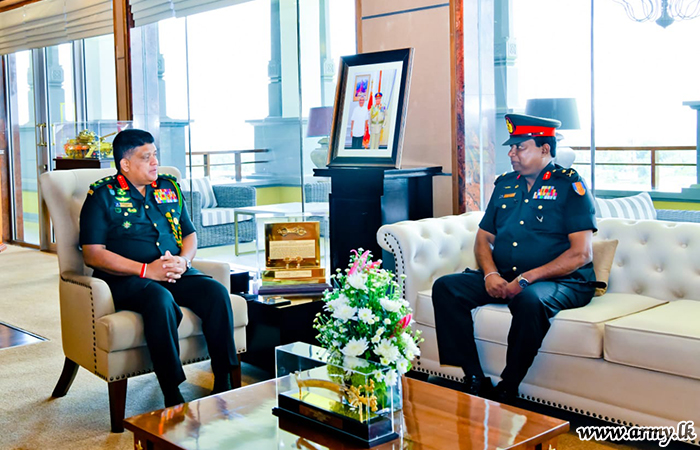 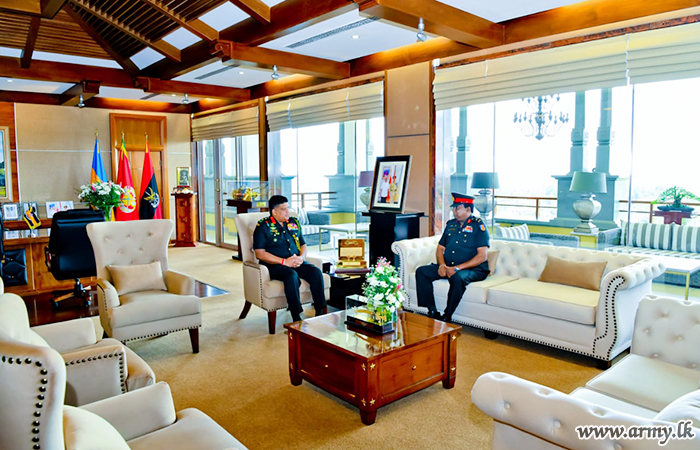 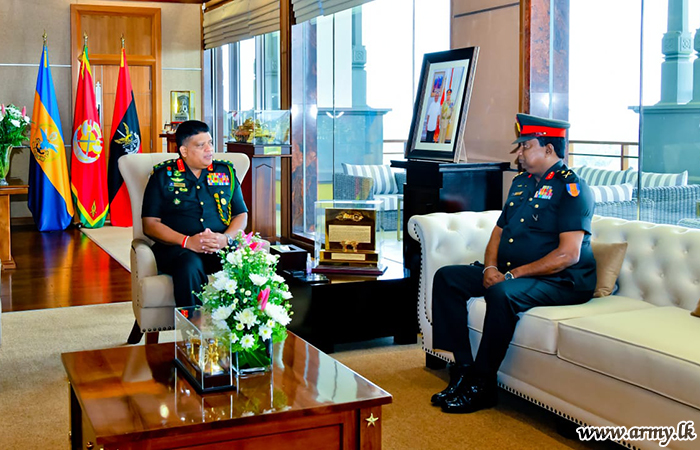 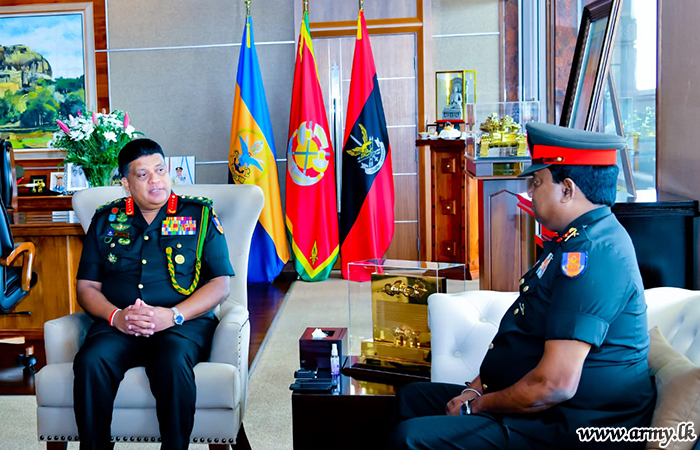 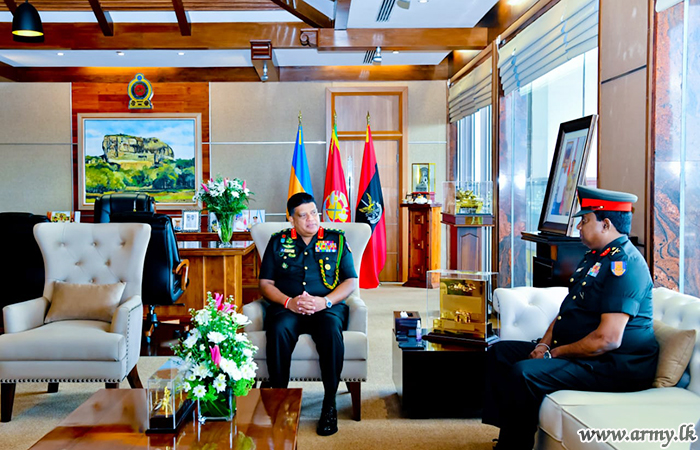 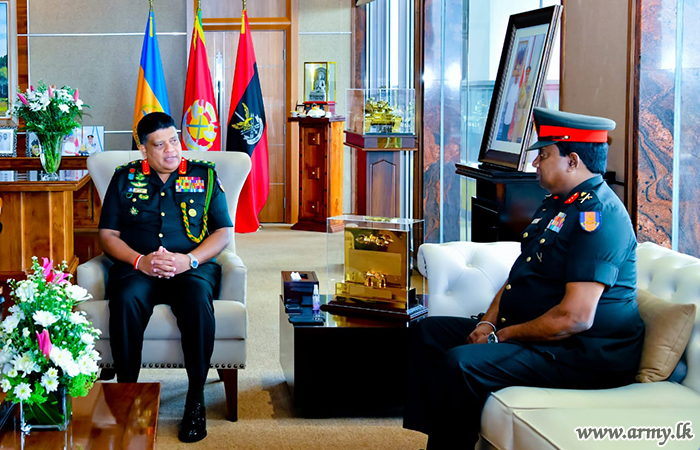 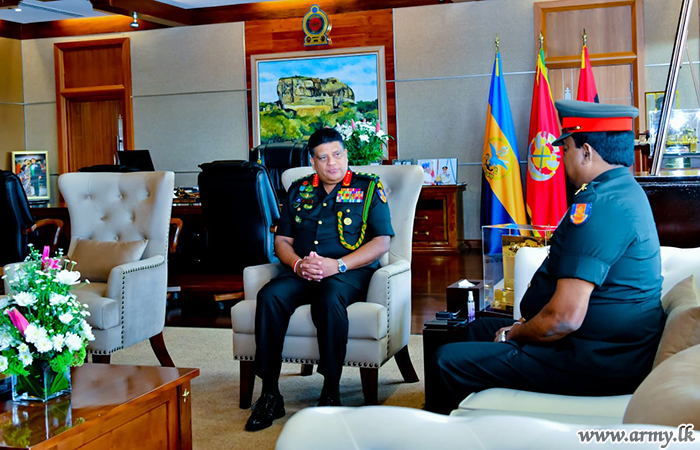 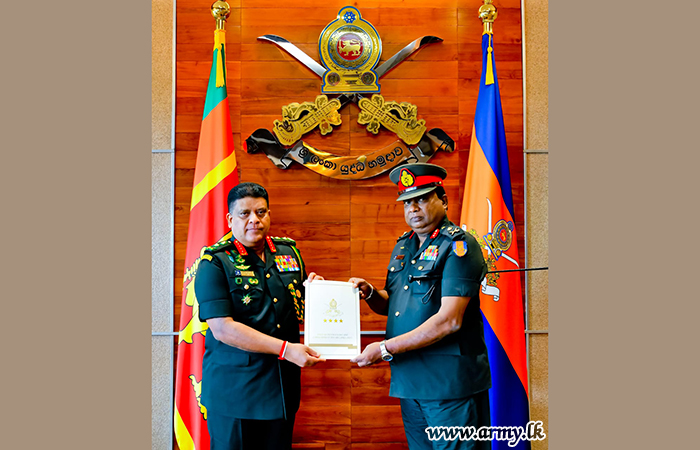