Another Wednesday Training programme was held for officers and other ranks serving in Divisions, Forward Maintenance Areas (FMA), Brigades and Units under the Security Force Headquarters - Mullaittivu (SFHQ-MLT) at Headquarters main auditorium on Wednesday (02).

A total of 60 Army personnel including 20 officers and 40 other ranks witnessed the programme. 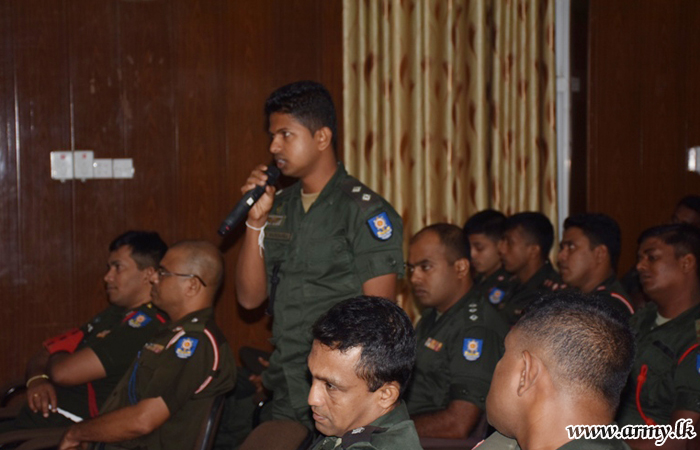 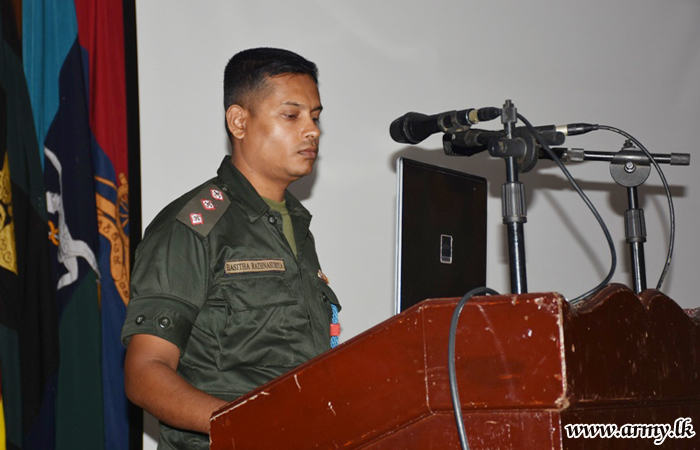 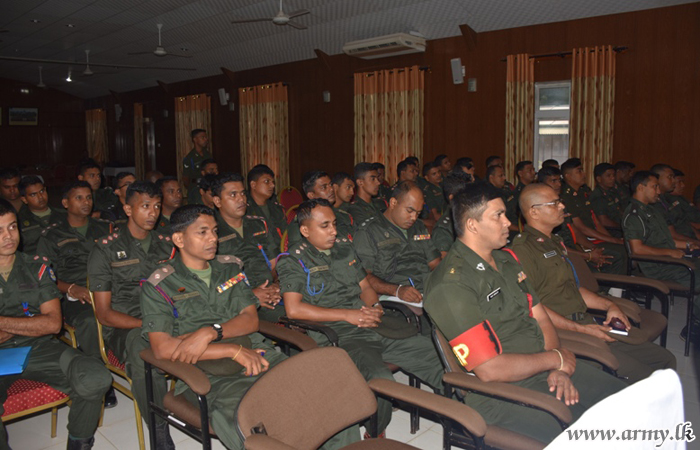 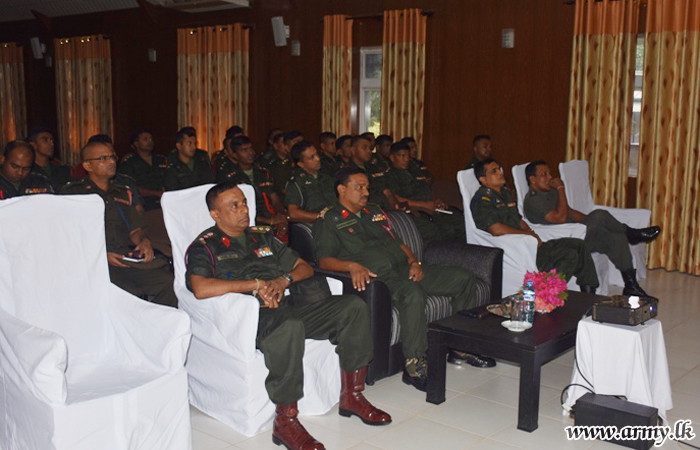