HE Omer Abdul Razzak, Ambassador of the Republic of Maldives in Sri Lanka this afternoon (7) paid a courtesy call on the Commander of the Army, Lieutenant General Shavendra Silva at the Army Headquarters.

During the cordial meeting, both of them exchanged views on general matters of concern and prevailing cooperation between both countries and military establishments. Appreciative of his visit to the Army Headquarters, Lieutenant General Silva awarded a memento to the visiting diplomat. The gesture was reciprocated. The visiting Ambassador also left compliments in the Visitors’ Book at the Commander’s office before his departure. 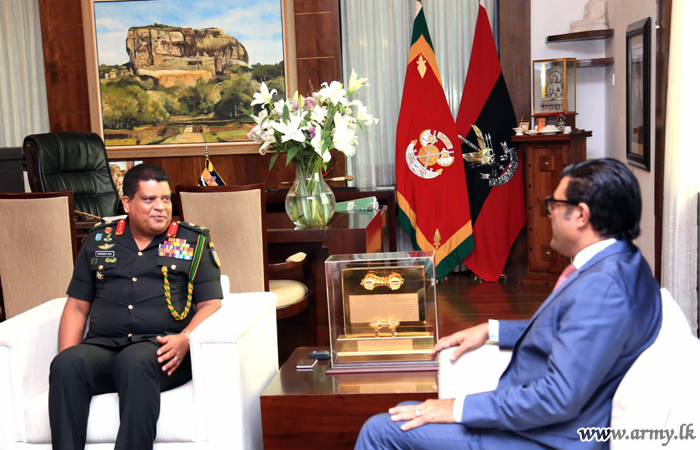 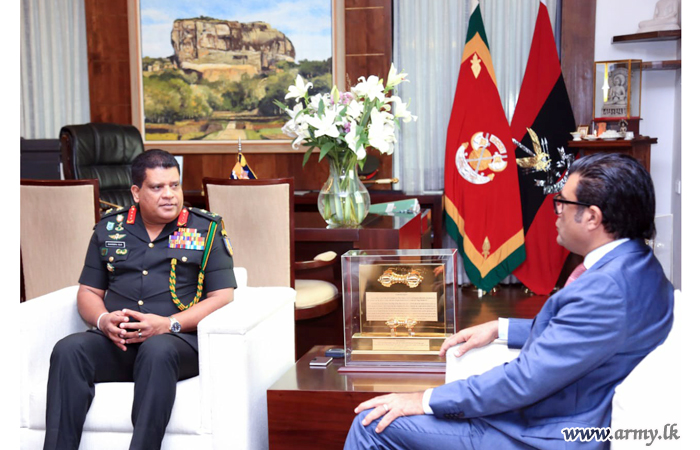 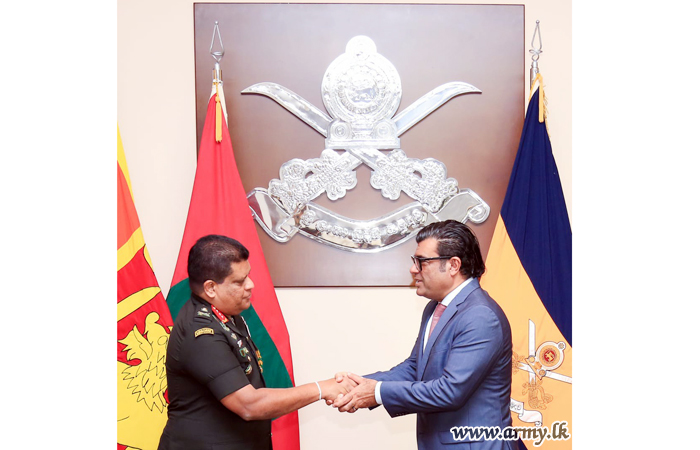 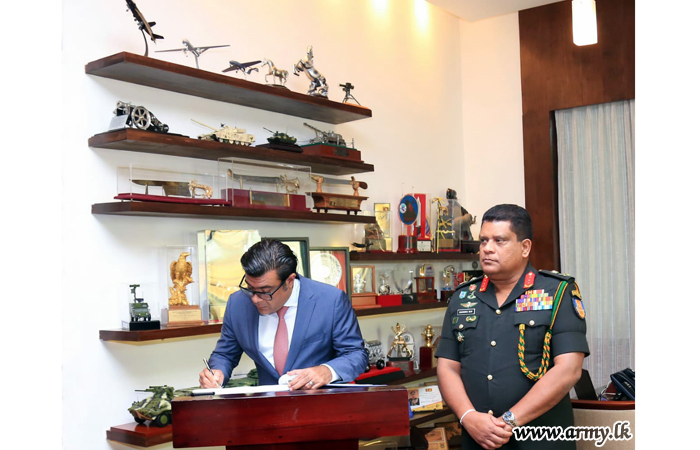 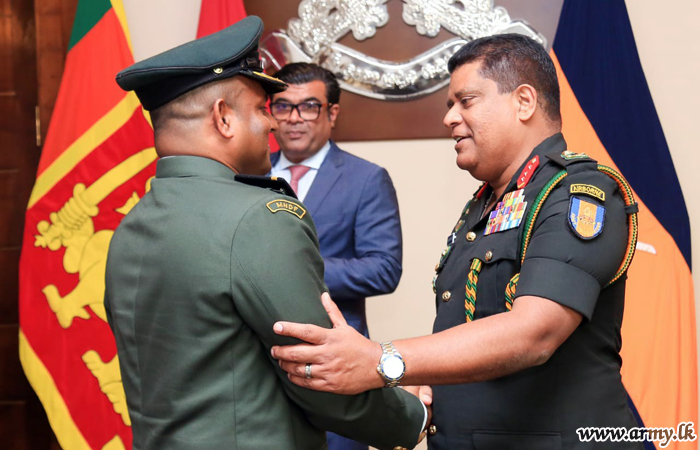