Lieutenant General Mahesh Senanayake, Commander of the Army sat together with Officers and Other Ranks of Islamic faith to perform the ‘Iftar’ ritual, the breaking of fast at sunset on Friday (31) evening at Wadduwa Laya Beach hotel.

After prayers for breaking of the fast 'Iftar', the Commander, together with Major General Shavendra Silva, Chief of Staff, Major General T.S Bangsajayah, Director General Army Training who is also the Chairman, Army Muslims' Association and the gathering partook of refreshments and symbolized the practice of the ritual.

At the same occasion, the Commander of the Army awarded mementos to the both Maulavis who conducted ‘Iftar’ ritual sessions. 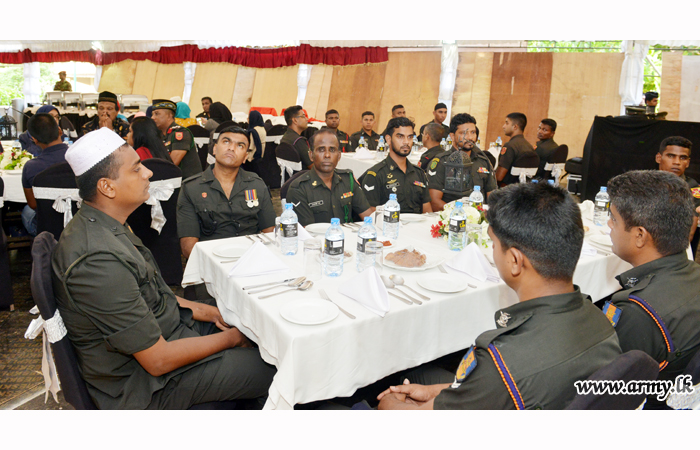 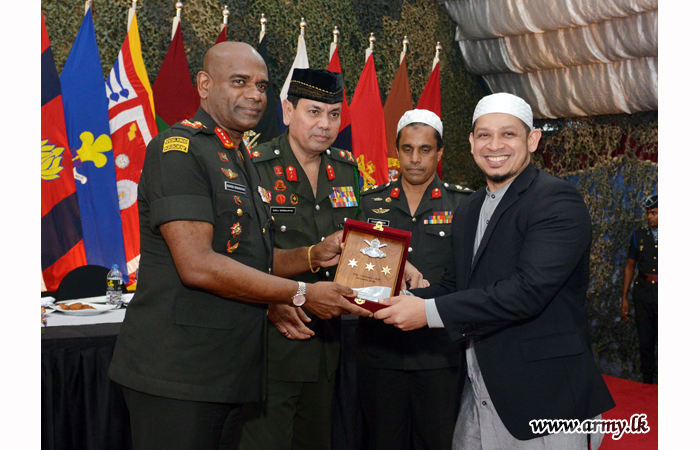 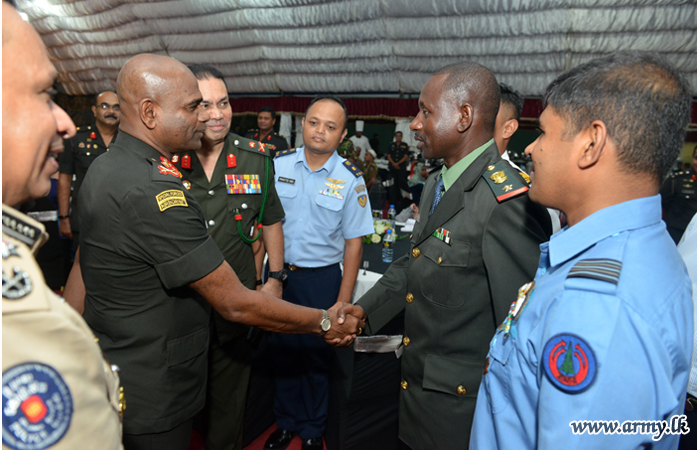