Troops of the 66 Division in Pooneryn, despite risks involved in their own lives, responded to the swelling water levels at Mandagal Aru bridge that connects Mannar-Jaffna main road Sunday (15) evening and took steps to ferry passengers across the river using boats and dinghies.

Similarly, another section of the 66 Division troops are engaged in rescue and relief operations in Gautharapuram, Ghanimadam, Kumarapura and Kanchipuram areas as gushing waters were flooding the areas displace in people.

Receiving the assistance from the Navy and the Police, the troops directed by the General Officer Commanding 66 Division under the command of Major General Amal Karunasekara, Commander Security Force Headquarters- Kilinochchi (SFHQ-KLN), closed the Mandagal Aru bridge for passage and actively assisted civilians who remained trapped being unable to cross either way, move to either side by boats as the dusk was fast falling.

Troops immediately provided alternative shelters to those flood victims and helped them to collect their belongings. More than one hundred people are now receiving Army help by way of cooked meals, medical and sanitary facilities. 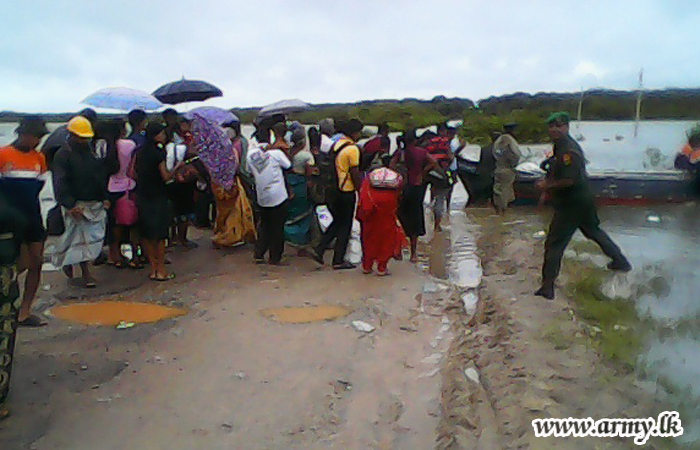 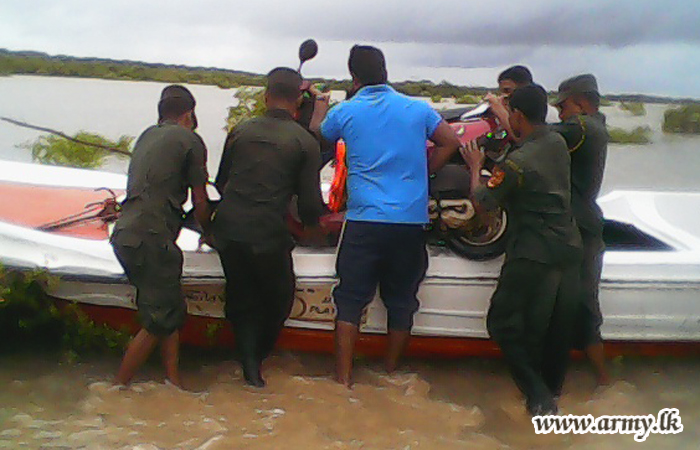 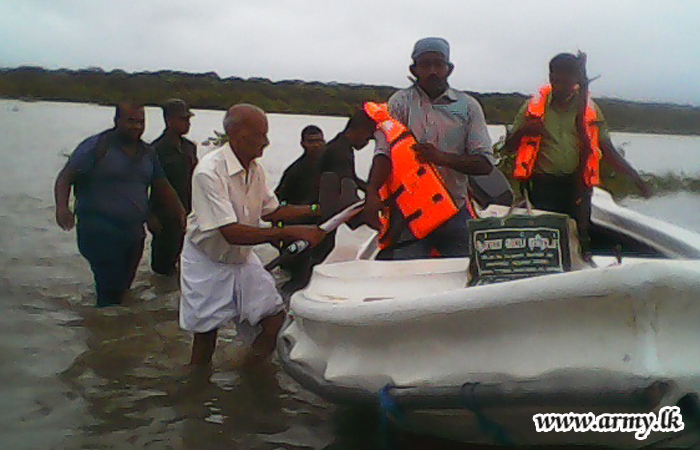 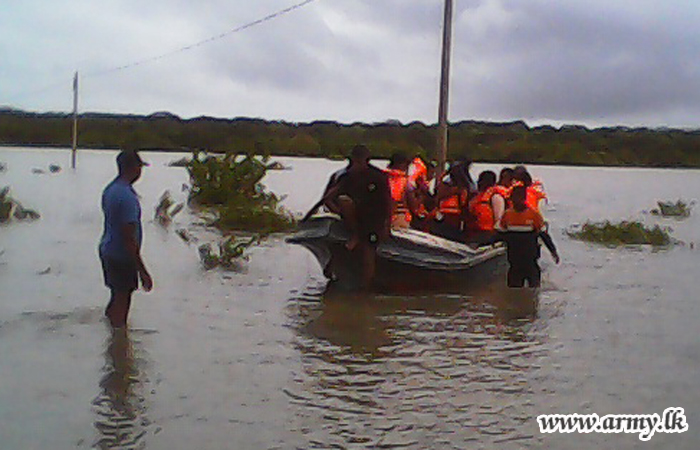