Matara - Gurubebila coastal belt areas, affected due to debris of the damaged 'X Press Pearl' container ship a few days ago were cleaned up by troops of the 3 Gemunu Watch of the 613 Brigade under command to the 61 Division of the Security Force HQ - West as per directions of the Commander Security Forces-West, Major General Vikum Liyanage on the directions of General Shavendra Silva, Chief of Defence Staff and Commander of the Army. 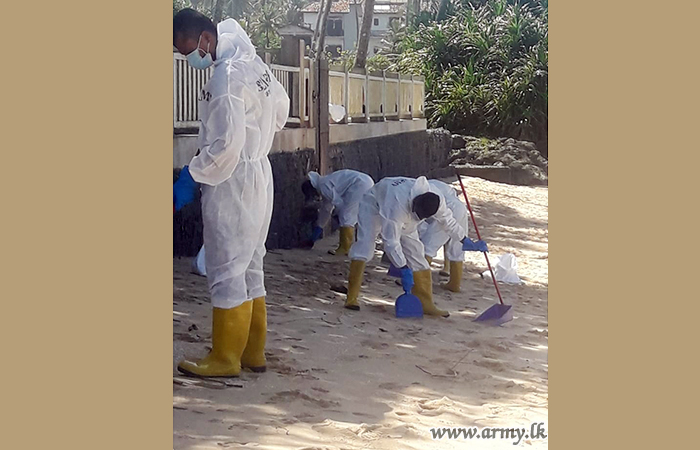 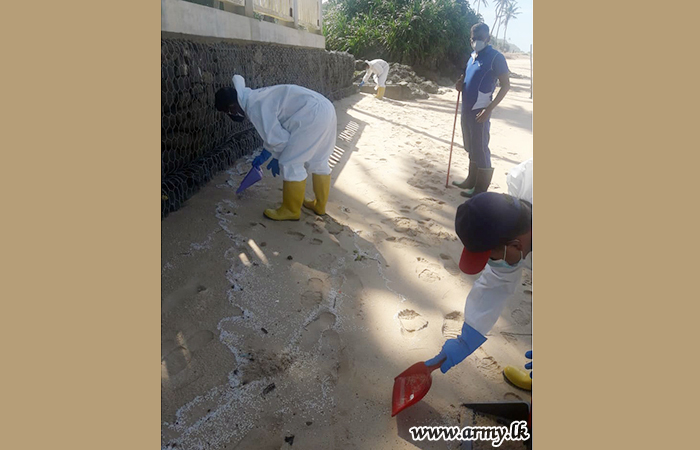 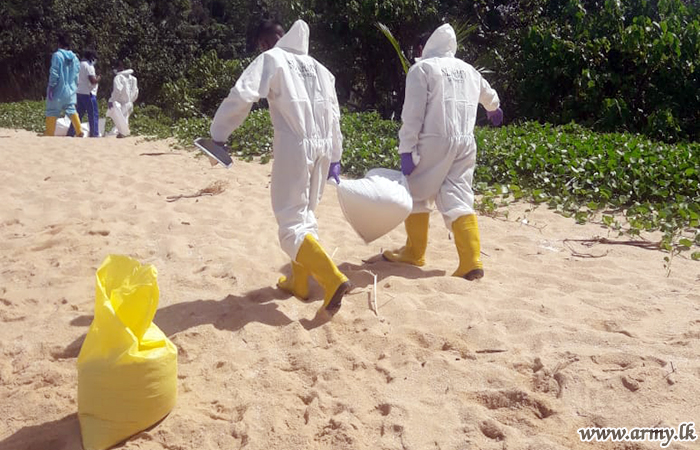