The 8th contingent of the Sri Lanka Army Medical Corps (SLAMC), set to leave for United Nations Peace-Keeping Mission in South Sudan (UNMISS) to serve the Level-2 SRIMED Hospital hours before their departure presented a ceremonial salute to General Shavendra Silva, Chief of Defence Staff and Commander of the Army at the SLAMC Regimental Headquarters ground at Werahera this morning (24).

Brigadier Thusitha Hettiarachchi, the SLAMC Regimental HQ’s Centre Commandant after a warm welcome to the day’s Chief Guest, General Shavendra Silva invited him to review the Guard Turnout at the entrance, presented by SLAMC troops as a formality upon his arrival at the entrance.

Minutes after that, Brigadier Krishantha Fernando, Colonel Commandant of the SLAMC and Director General of the Army Health Services received the day’s Chief Guest formally and ushered him to the parade ground where the Parade Commander reported and requested the day’s protagonist to review the Guard of Honour presented on his behalf.

Adding symbolic importance to the UN assignment, the day’s Chief Guest afterwards formally handed over the National flag, Army flag, United Nations flag and the Sri Lanka Army Medical Corps flag to the contingent as part of the formalities, denoting that their preparations for the mission are complete and ready to undertake responsibilities.

Extending his best wishes, the Army Chief soon after the ceremonial parade addressed the contingent and highlighted the value of their overseas duties, bringing pride and honour to the country. He also reminded them of the importance of maintaining the highest level of discipline while serving and their commitment to the role and tasks in South Sudan.

The 7th Sri Lankan contingent already serving the UN assignment in South Sudan is expected to return home shortly soon after completion of their tenure of service in accordance with the provisions of the UN.

The UNMISS, headed by a Special Representative of the UN Secretary-General has deployed thousands of blue helmets, comprised of military personnel, Policemen and Civil Staffers in strife-torn South Sudan with the objective of bringing peace to the country.

The Sri Lanka Army at the request of the UN, established its first-ever SRIMED Level 2 Hospital in Bor, South Sudan under the UN Mission in South Sudan (UNMISS) in 2014. 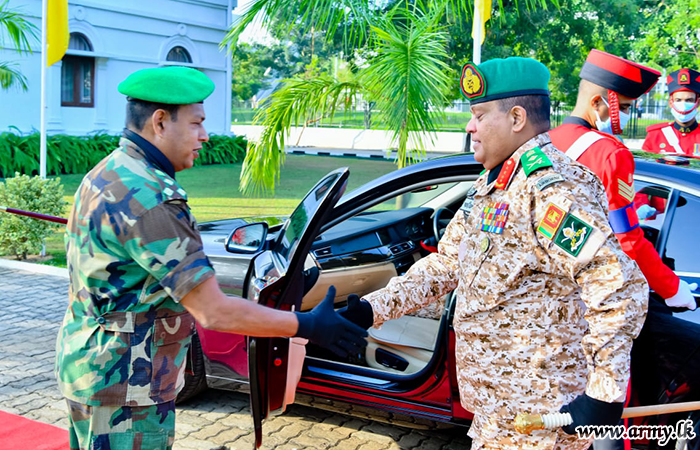 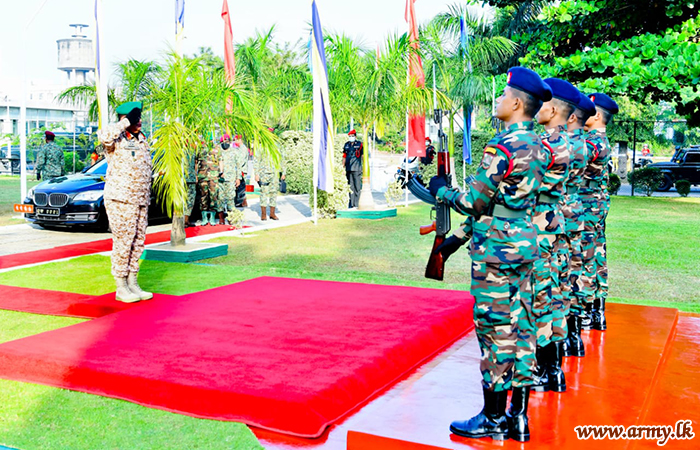 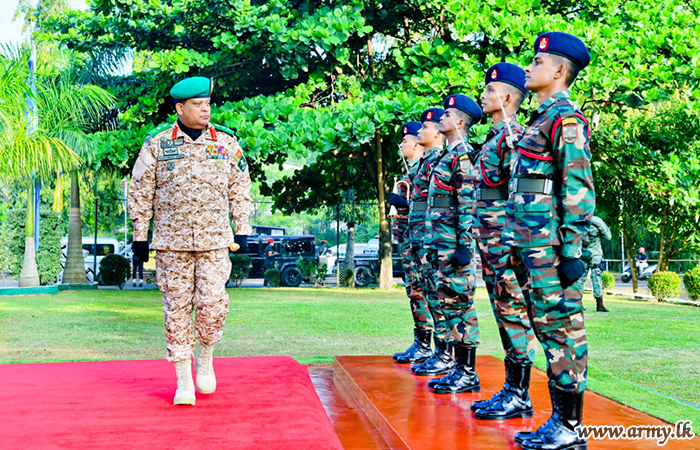 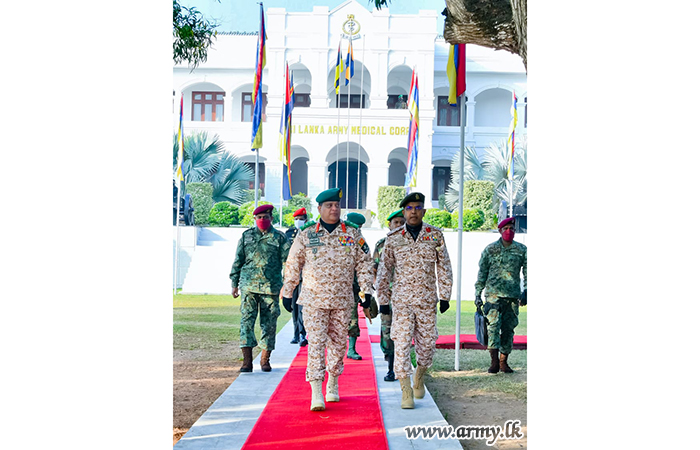 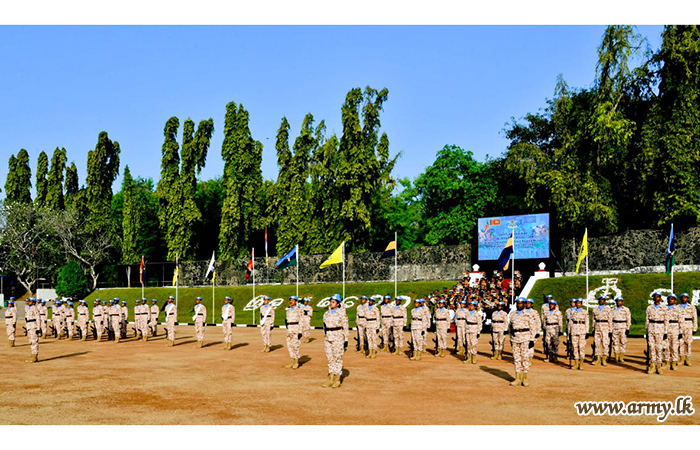 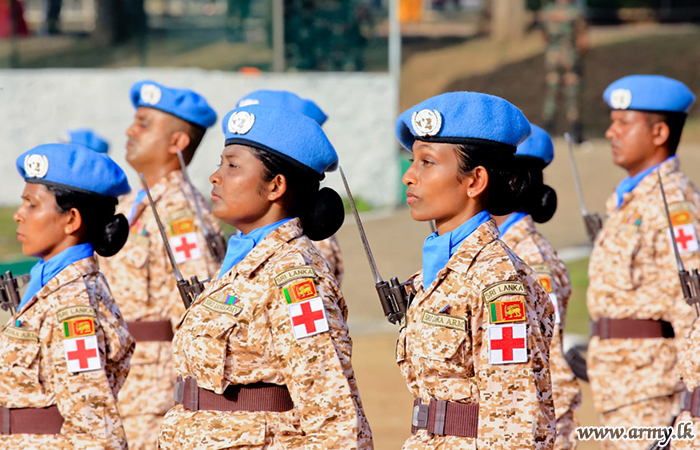 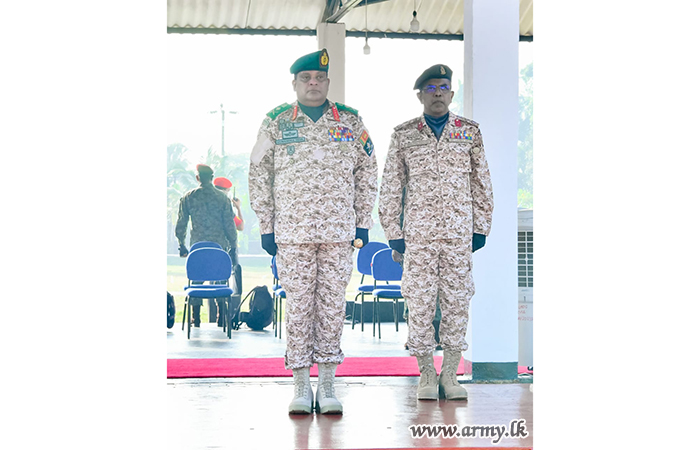 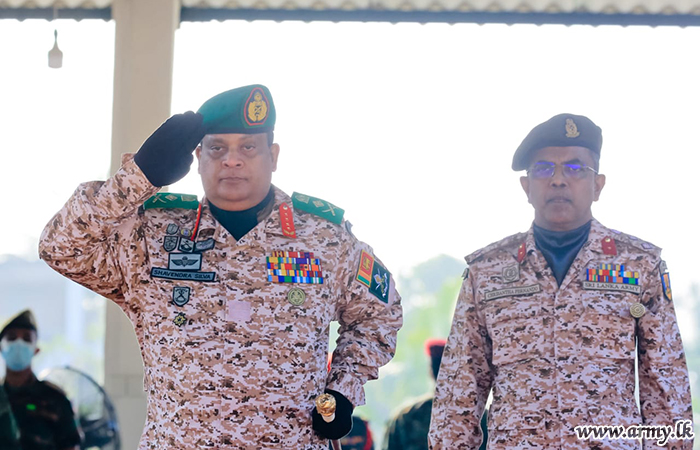 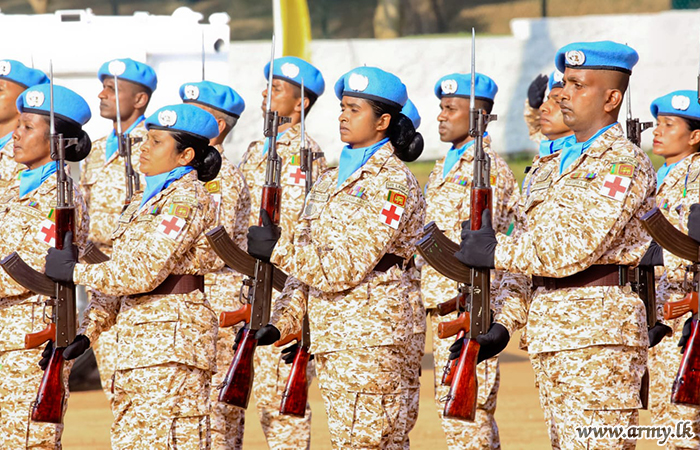 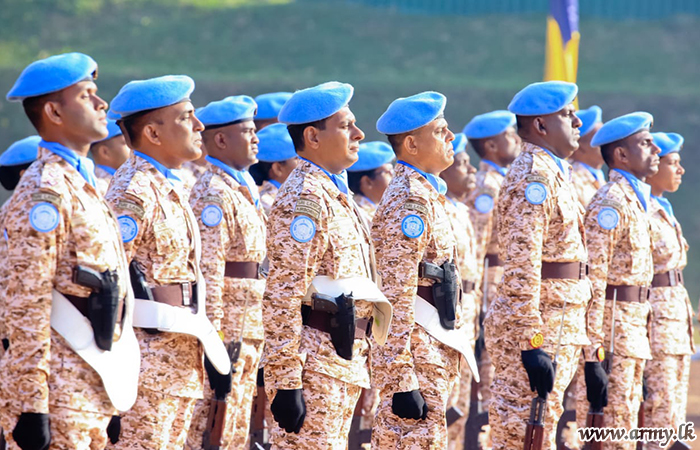 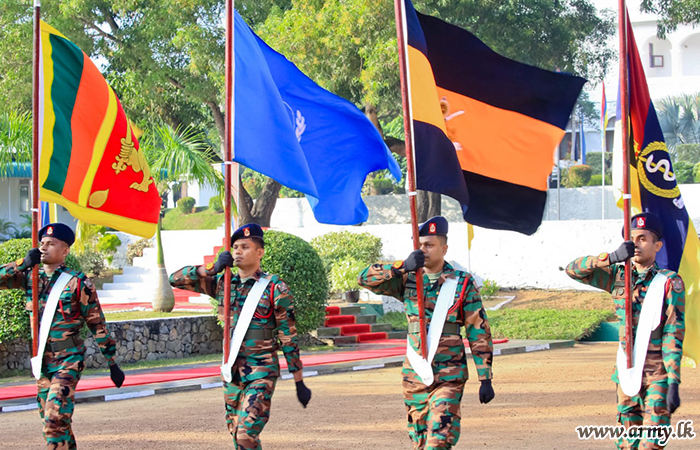 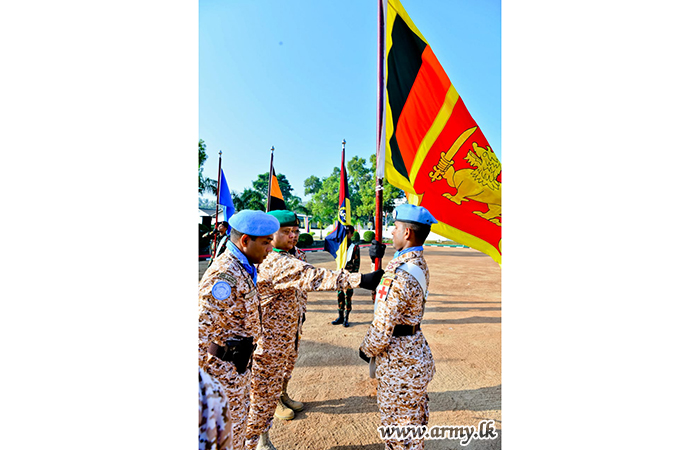 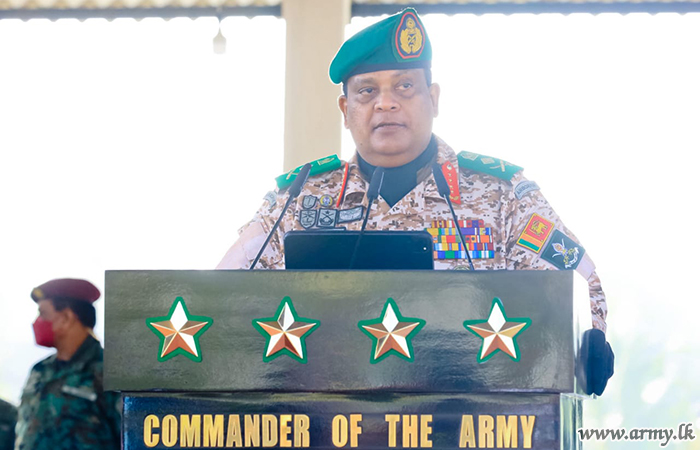 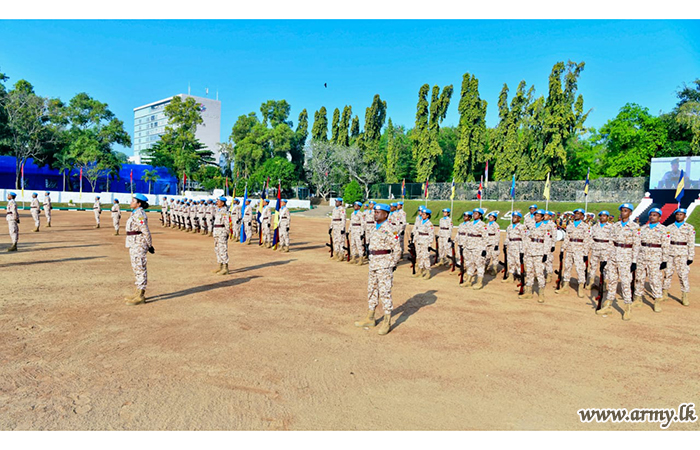