A solemn and dignified commemoration venerated revered memories of contemporary War Heroes at Battaramulla 'Ranaviru Smarayakaya' (War Heroes’ Monument) this afternoon (5) during a ceremony, attended by a representative gathering of Army soldiers, headed by General Shavendra Silva, Chief of Defence Staff and Commander of the Army as the Chief Guest on the eve of the forthcoming 72nd Army Anniversary aka Army Day (October 10) as part of the anniversary itinerary.

The commemorative veneration, a prominent gesture of gratitude, held every year by the Army after the successful eradication of terrorism some 12 years ago pays tribute to gallantry of thousands of fallen War Heroes who restored durable peace in the country by sacrificing their precious lives. This year’s remembrance was scheduled just hours before the Army Day’s main event.

Soon after the Chief Guest's arrival at the location, the motherland was honoured reciting the National anthem and the Army Song afterwards setting the stage vigil and ready for observance of a two-minute silence in honour of those fallen patriots as the first segment of the proceedings. An elegantly dressed soldier then rose to his feet to publicly proclaimed the saga of how Sri Lankan armed forces with their unparalleled bravery and courage brought peace to Sri Lanka defeating the three-decade long brutal LTTE terrorism.

The day's Chief Guest, along with several Senior Army Officers solemnly inched his way to the War Heroes’ Monument, laid floral wreaths and saluted the War Heroes who laid their precious lives for the sake of others. It was truly a moment, filled with grief, pain and loss, but the magnificent monument appeared firm, unmoved and unbowed, having immortalized their memory for the living to see. After the Commander of the Army placed the first wreath, Senior Officers, Officers, Warrant Officers, Senior Non Commissioned Officers and Non Commissioned Officers representing all ranks of the Army followed suit.

Next, sounded the Last Post honouring their memory in typical way as trumpeters of the Army joined together to play the melody as dusk was encroaching the area. Sounding of the Reveille in conformity with military traditions culminated the formal ceremony, a feature that has been prioritized by the Army during all its commemorative ceremonies. 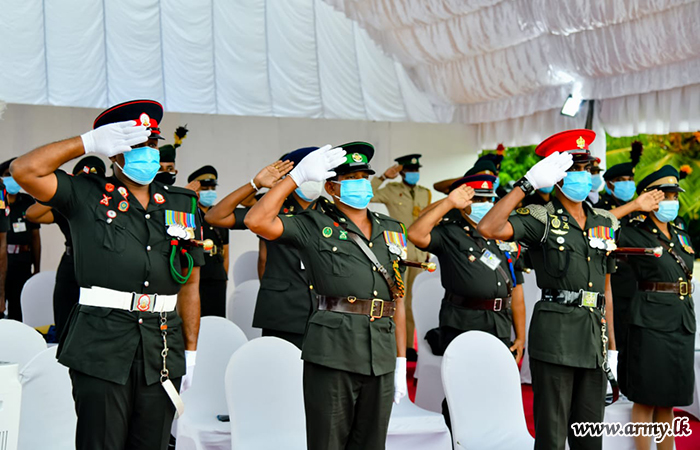 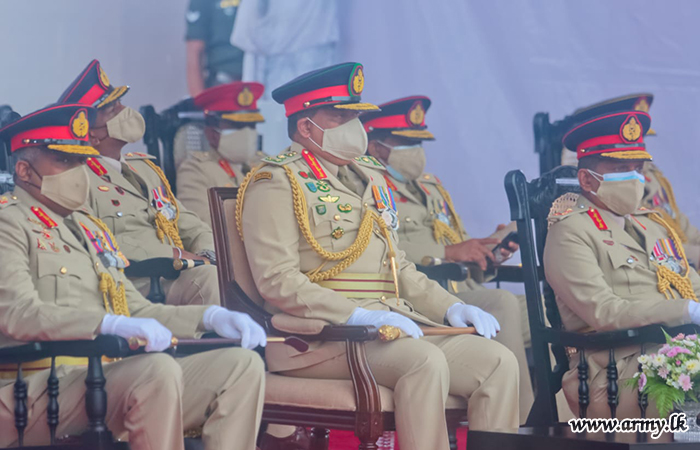 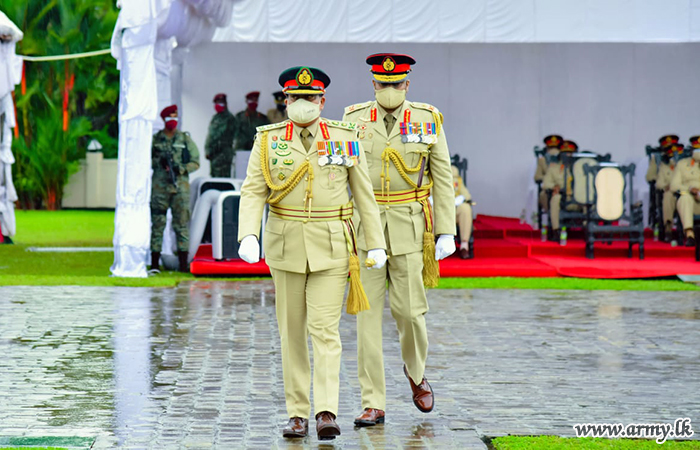 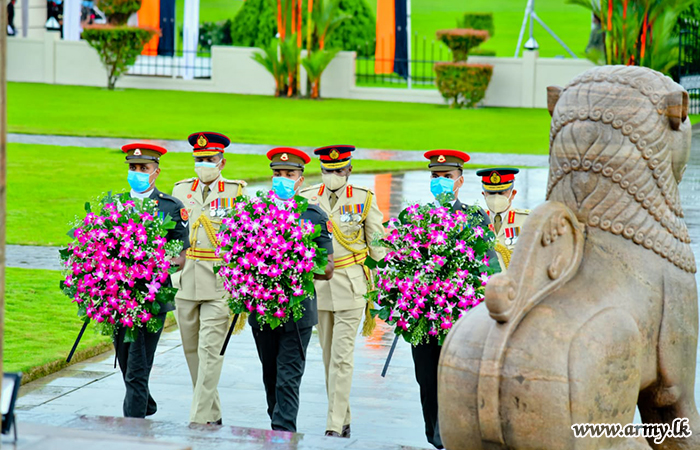