The first quantity of the pepper harvest grown in the Green House yard inside the 66 Division Headquarters complex in Pooneryn was reaped on Thursday (22).

The project ‘Green House’ introduced by the General Officer Commanding, 66 Division, Major General Ajith Dissanayake commenced planting pepper saplings several months ago after the complex was constructed and opened inside the 66 Division HQ premises in Pooneryn.

The aim of this project was to educate and encourage all Officers and Other Ranks about the importance of the Green House farming while collecting an extra income to the Division itself for use in welfare work.

The first pepper harvest was picked in the presence of the General Officer Commanding. All Officers of the 66 Division and Other Ranks who were instrumental in making the project a success joined the occasion where Major General Ajith Dissanayake emphasized the value of such successful projects in order to enhance knowledge on cultivations. 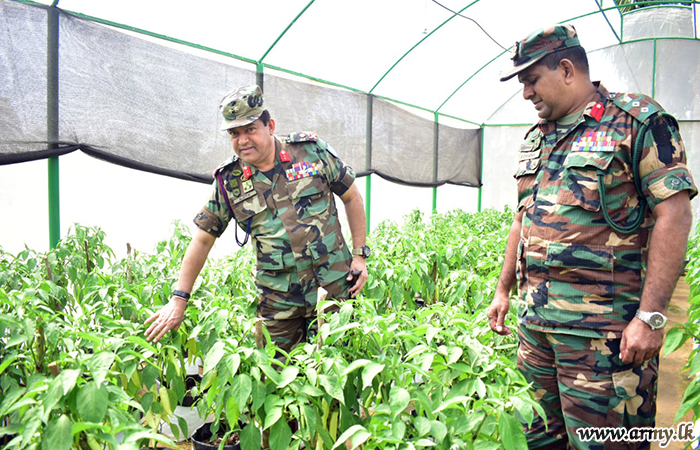 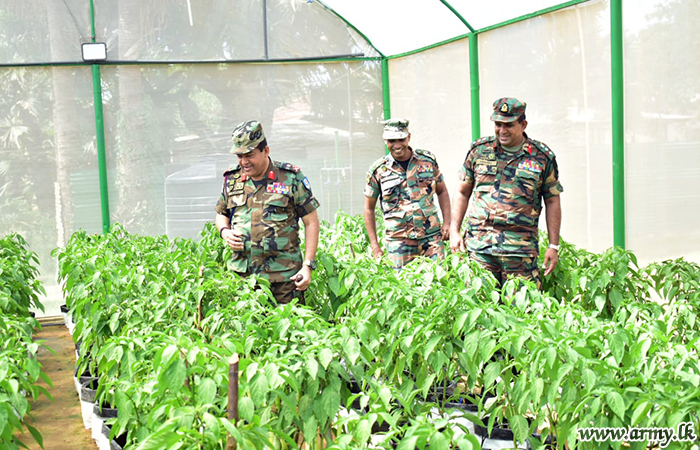 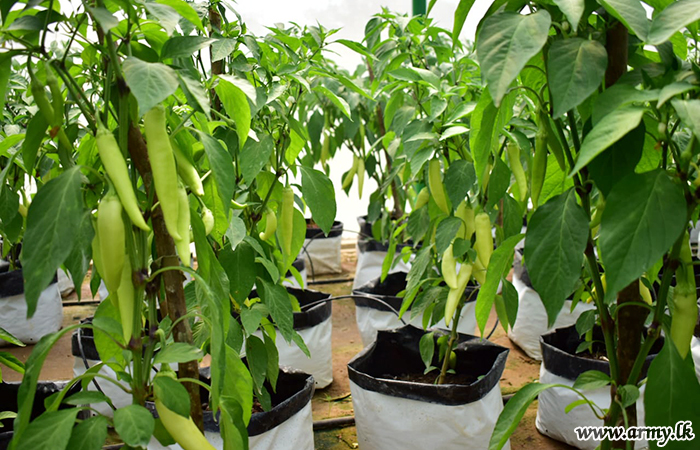 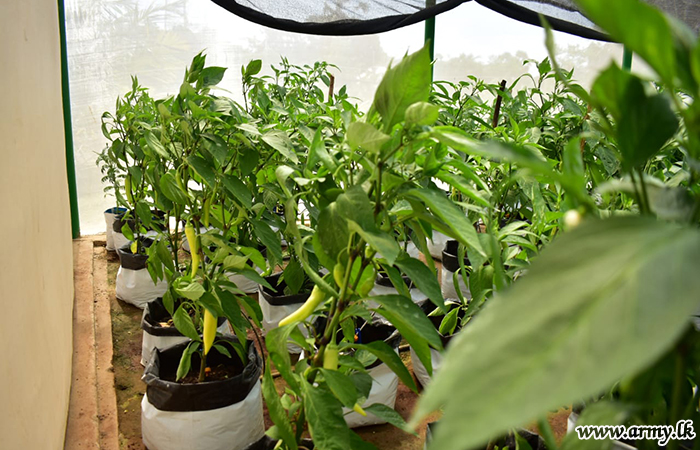