On the instructions of the Commander, Security Forces - Kilinochchi, Major General Sampath Kotuwegoda and under the supervision of the General Officer Commanding, 65 Division, Brigadier Tikiri Dissanayaka arranged an awareness workshop of disaster management and mitigation at the 652 Brigade HQ on Tuesday (29).

The workshop enabled all under command troops to learn about nature of disasters, management and mitigation of disasters, vulnerable areas in Kilinochchi district and how action should be oriented in liaison with other Government Departments and institutions in the event of emergencies.

Brigadier Anil Perera, Commander, 652 Brigade, a large number of officers and other ranks from under command formations in the SFHQ-KLN participated in this programme. 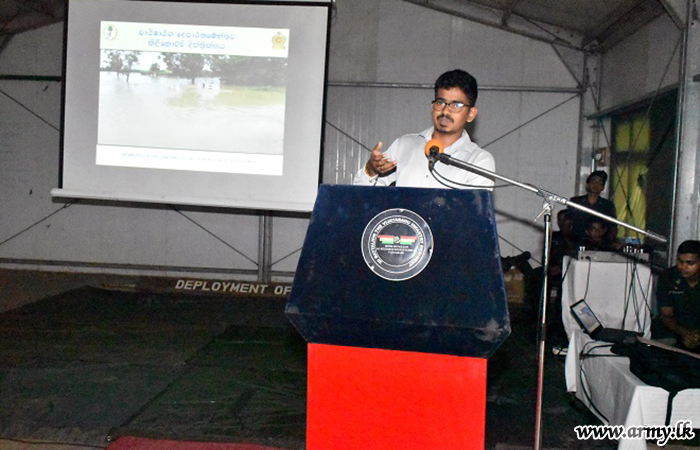 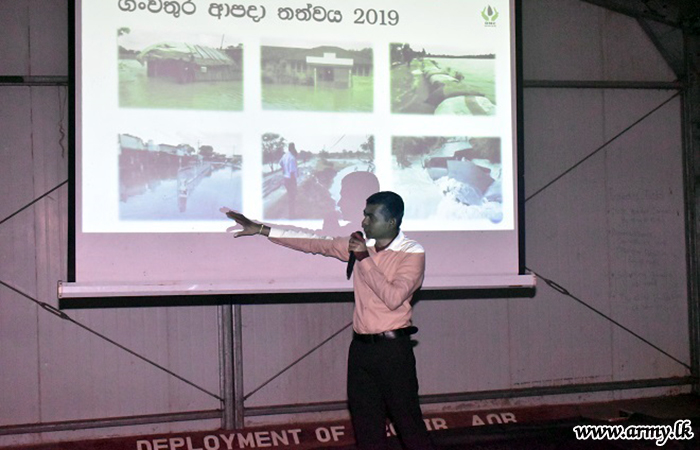 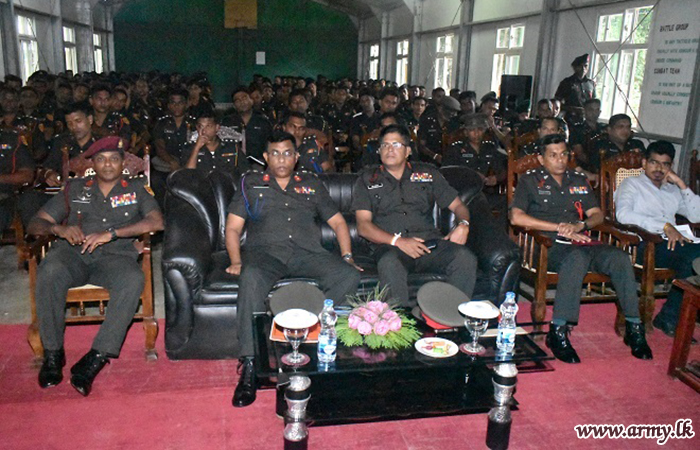 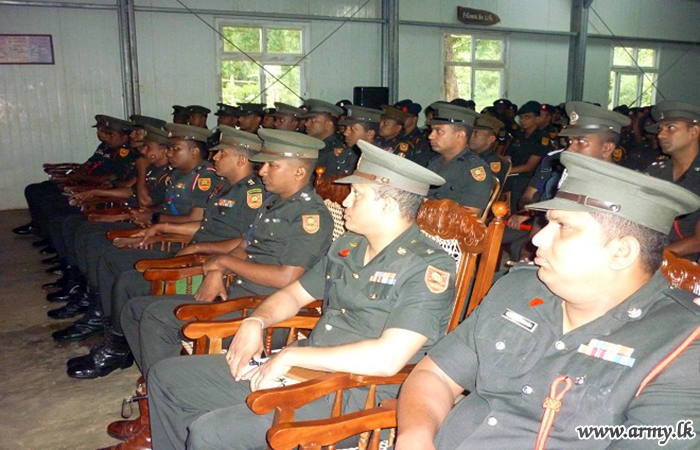 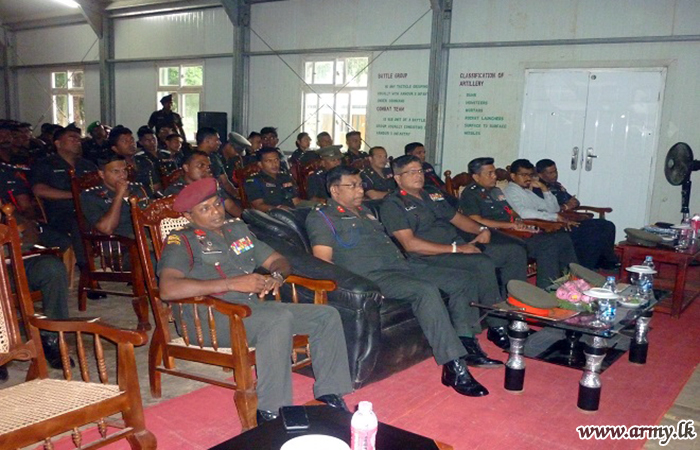 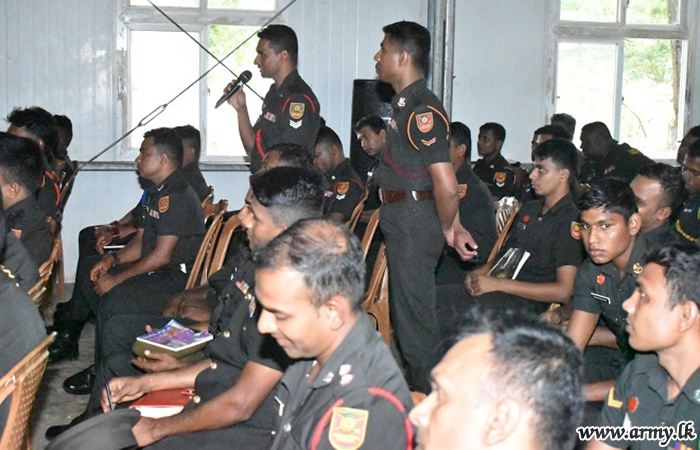 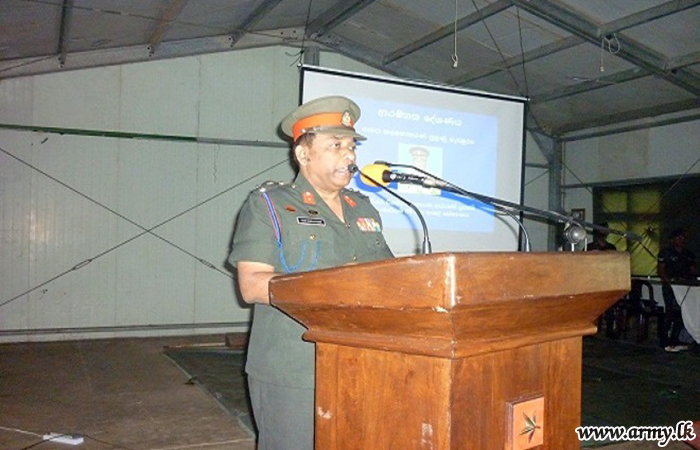