A Guard Turnout and a Guard of Honour saluted the outgoing General Officer Commanding (GOC) of 65 Division Major General Tikiri Dissanayake in accordance with military traditions during a formal farewell, held at the Headquarters 65 Division premises on Saturday (17).

The GOC on arrival at the venue reviewed the Guard Turnout, presented by 24 Gajaba Regiment. Troops of 10, 19 and 17 (V) Sri Lanka Light Infantry battalions presented the Guard of Honour parade in the parade square to bid farewell to the outgoing GOC. Brigade Commanders, Commanding Officers, all officers of the 65 Infantry Division HQ and other ranks were present to witness the farewell parade and the formal ceremony.

He was invited to plant a Mango sapling in the 65 Division HQ premises to mark the relinquishment of his appointment as the GOC - 65 Division. The outgoing GOC Major General Tikiri Dissanayake in his address to the troops thanked all ranks for the generous assistance and support, extended to him during his tenure. 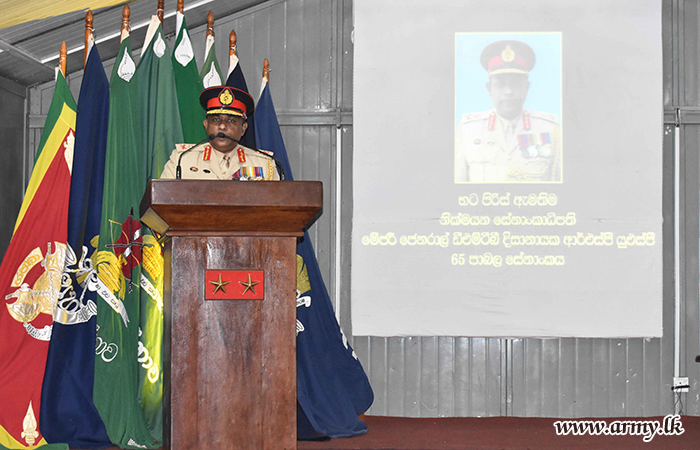 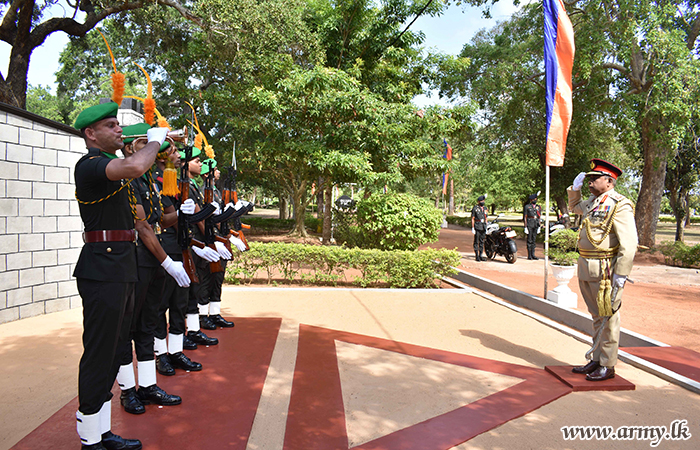 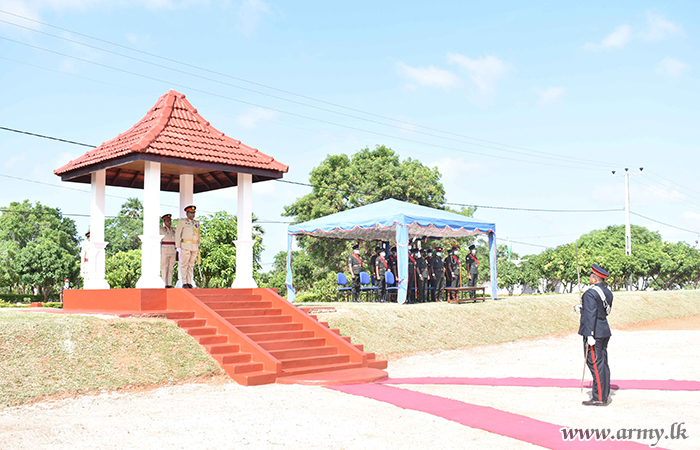 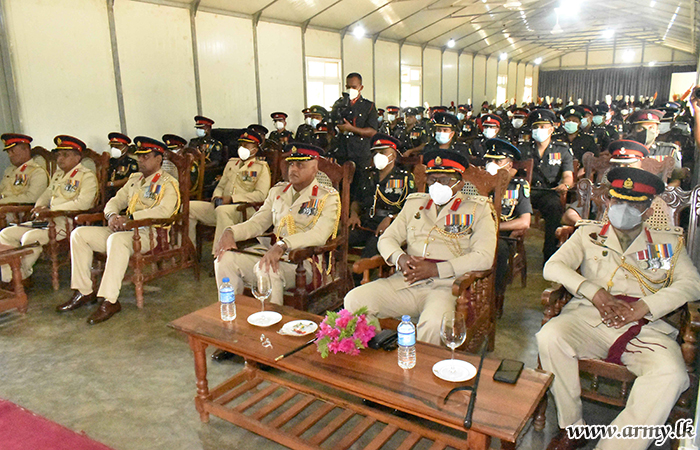